On our first free weekend, me and five others decided to pack up our bags and head to Brugge! We decided to go there because we only had Saturday and Sunday free, and Brugge was only a short train ride away. Originally, the trip members were suppose to consist of us five girls and two boys. Well, when we went to meet very early Saturday morning at the metro station, one of the boys Greg wasn’t there. We only had a certain amount of time before we would miss our train, but we ran to his hotel and tried to find him anyways! Greg was no where to be found. We had to leave him or else we would all be out of a ticket and it would’ve been a waste of money! On the train, we kept making jokes that we would arrive in Brugge and Greg would be waiting for us, but that didn’t happen. So Greg was the butt of jokes for the entirety of the trip and the motto was “where’s Greg?” 🙂

When we first arrived in Brugge, the first thing we noticed that the temperature dropped about 10 degrees and it was drizzling and wet. You would think that would be miserable right? I think the weather actually made the town seem more beautiful and mystic! First walking through the quiet, cobblestone streets and seeing the charming houses on the canals honestly felt like something out of a fairy tale.

Once rounding our first corner we were bombarded with tons of small chocolate shops, tiny pubs and restaurants, and boutiques. We stopped in and got a sample of the most amazing hazelnut chocolate I’ve ever had, and then we headed to our first lunch spot. With names like Jacobstratten and Dweersstraat and every straat in between, it took us much longer to get from place to place because we kept getting lost. The locals all have their own way of describing how to get somewhere, so it almost became comical on how turned around we kept getting. But to be honest, in a town like Brugge, it’s not always a bad thing to get lost. Some of the best adventures happen from turning the wrong corner.

One of our first pit stops was T’Brugsch Bieratelier for beer tasting. We got 3 Belgium drafts for 8 euros which wasn’t too bad. Next we did a brewery tour of De Halve Maan which was established in 1856. It was really neat to see the brewing process transition from the 1800’s to the modern technology of today. Their brewery also had winding stairs that went to the top of the building giving us great views of the city. After that we decided to grab a quick dinner and turn in for the night since we had been riding trains, getting lost, and filling our tummies with beer and chocolate since the wee hours of the morning. Let’s just say it was an interesting night of sleep. With 6 people sleeping in one room, it requires you to get a little crafty. Four of us slept in a queen size bed, like the grandparents in Willy Wonka. Two heads on one end and two heads at the other! A lot of giggles and body heat were exchanged that night. Thank God for the other two cots or we would have been in trouble 🙂

Our train was leaving back to Paris at 5 p.m. so we had all day to continue to explore. We had breakfast consisting of cappuccinos and Belgium waffles that lasted hours it seemed like. It’s so funny how dining works in Europe. I love how everyone sits down to enjoy the company just as much as the food, and no one is rushing to get out of the door. It’s a nice change compared to back home where we get impatient if the waiter doesn’t bring the check the second we swallow our last bite of food. After breakfast we walked through shops and then climbed to the top of the Belfry tower to get the best views of the city. We climbed like 300 stairs up a tiny winding staircase to get to the top, so after that we were pretty exausted. We decided to pack up and head to the train station early so we would be sure not to miss our train.  Brugge was definitely one of the most beautiful and quaint cities I’ve seen yet and I can’t wait to return to Belgium! 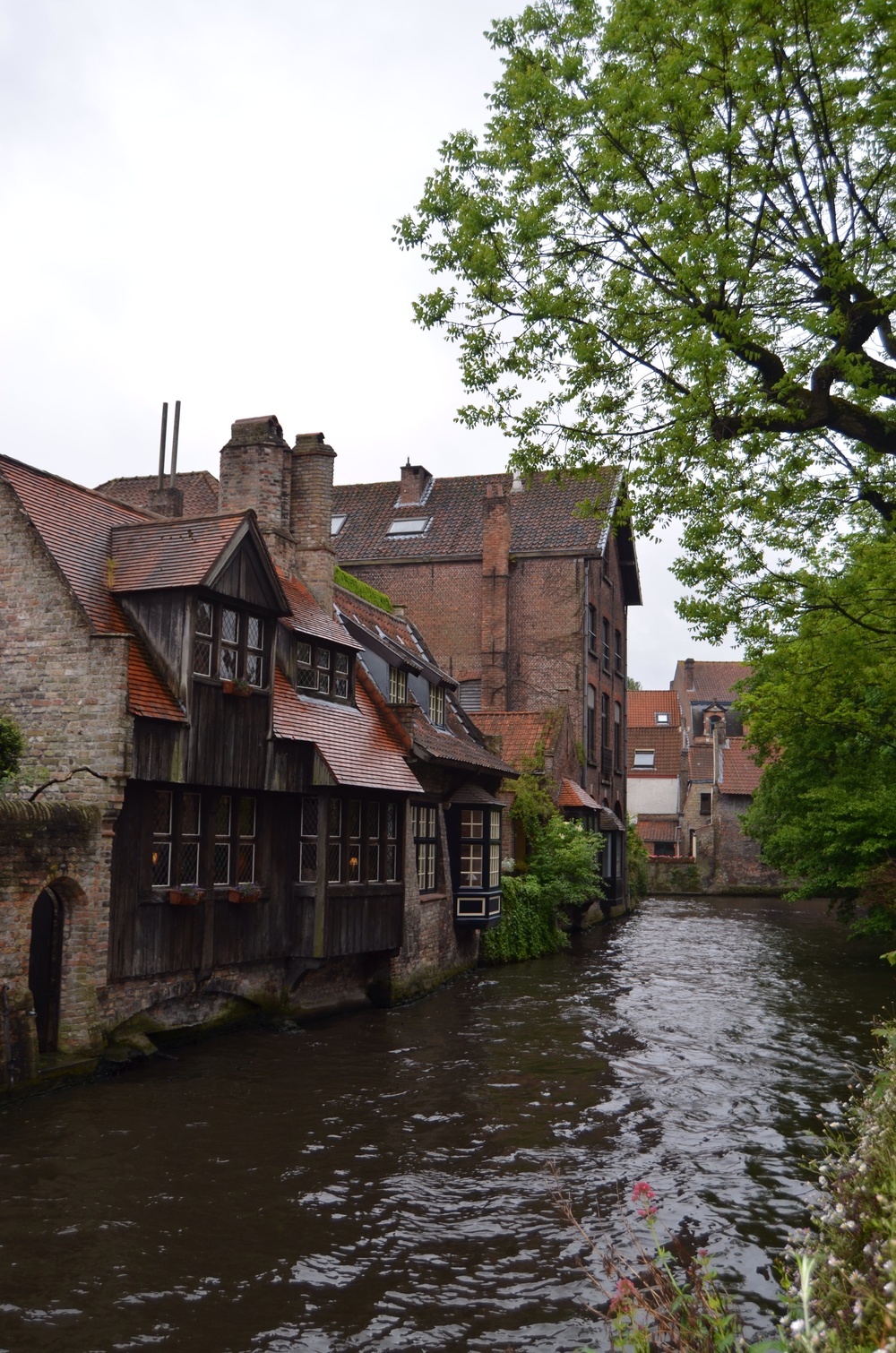 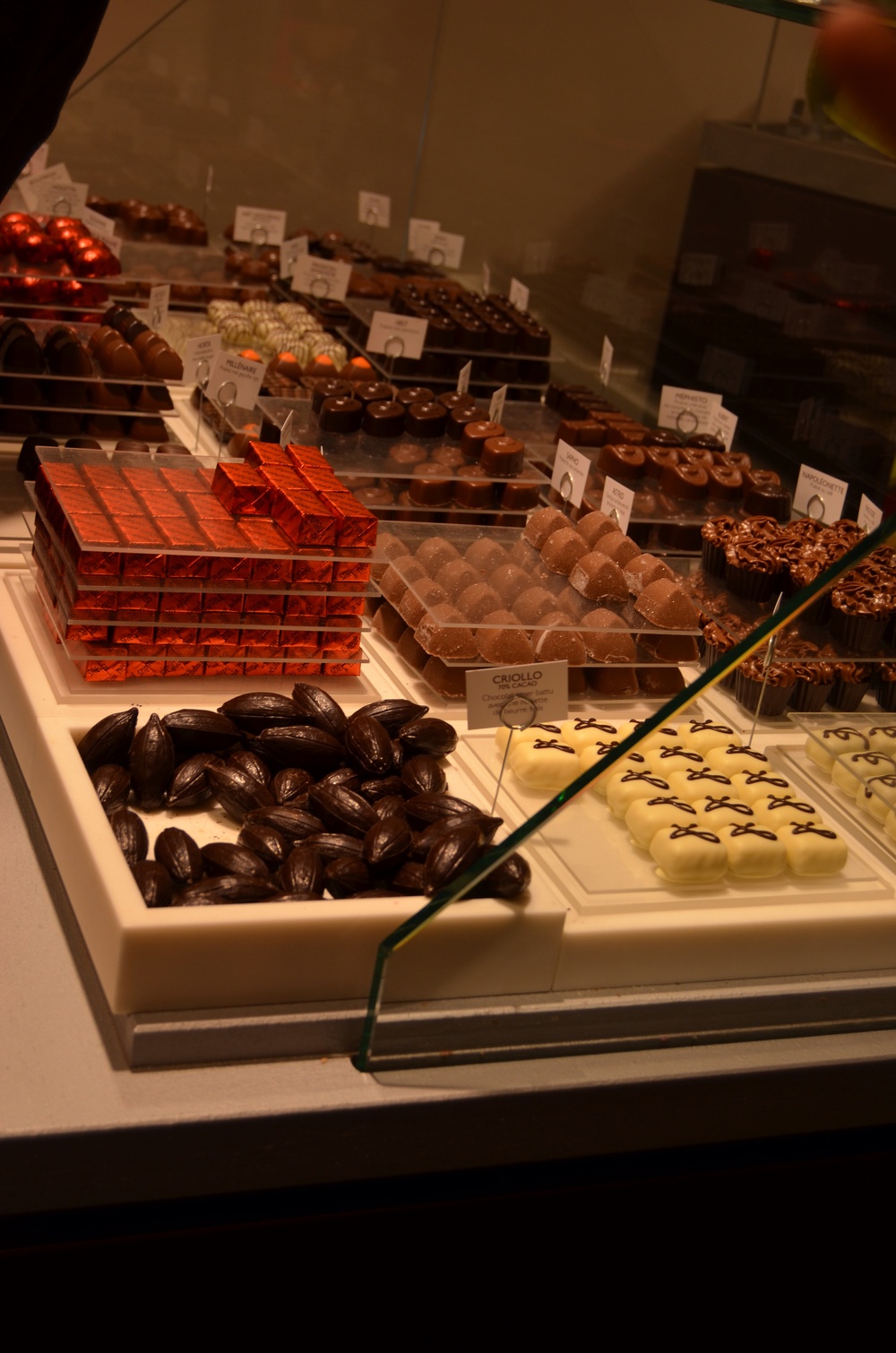 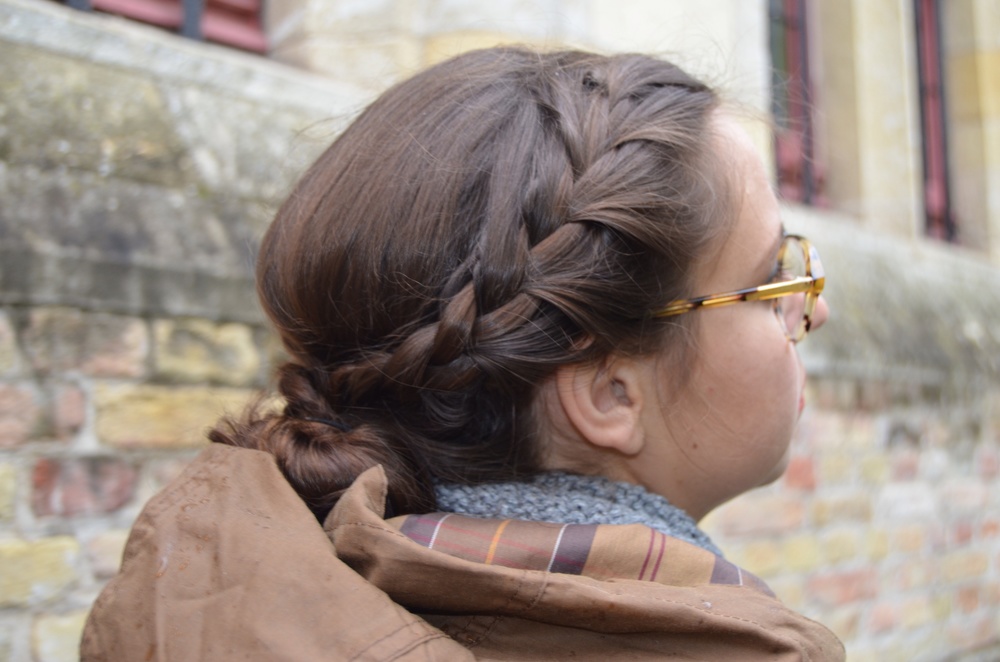 I’ve become the designated hair braider on the trip 🙂 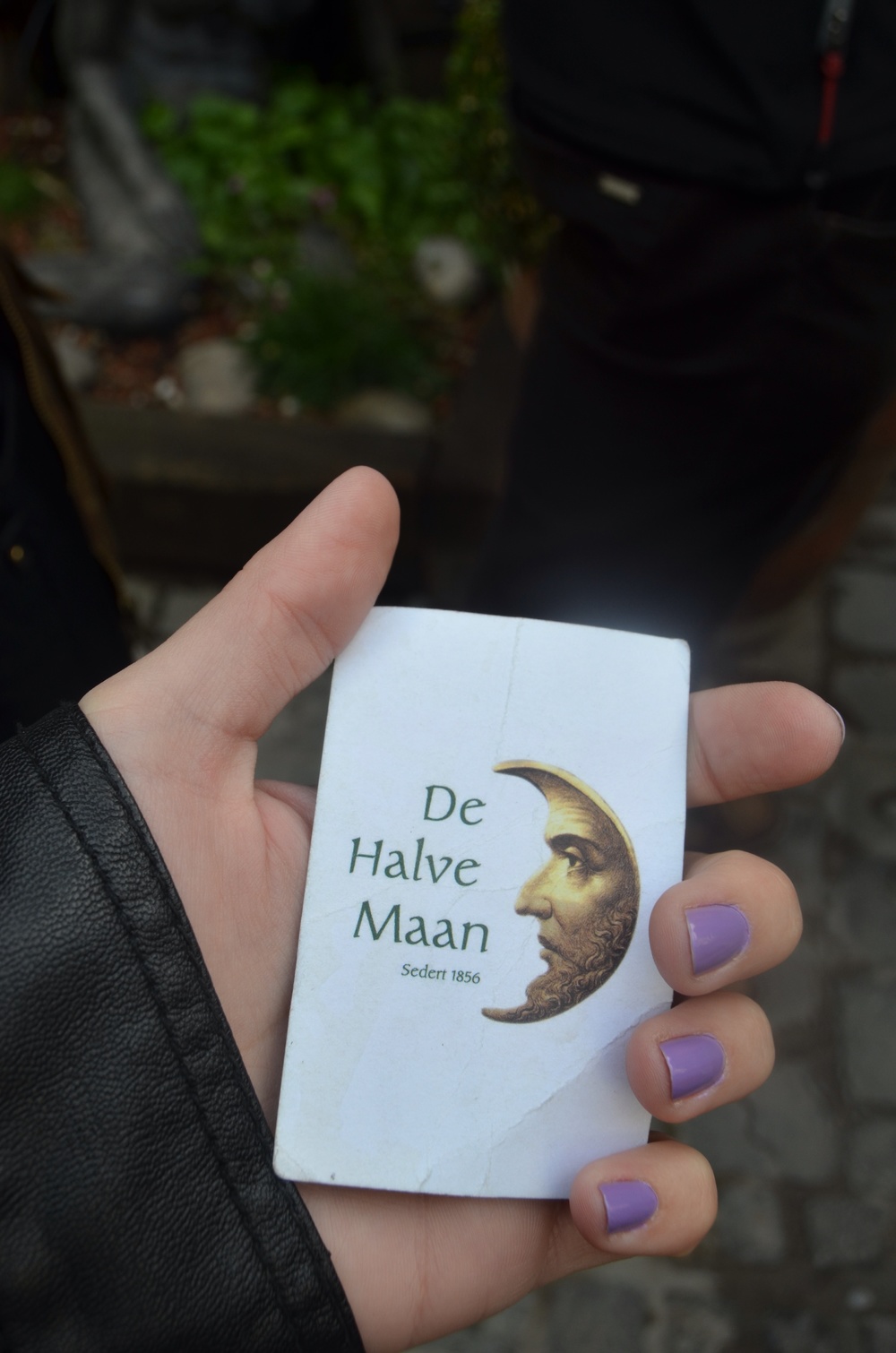 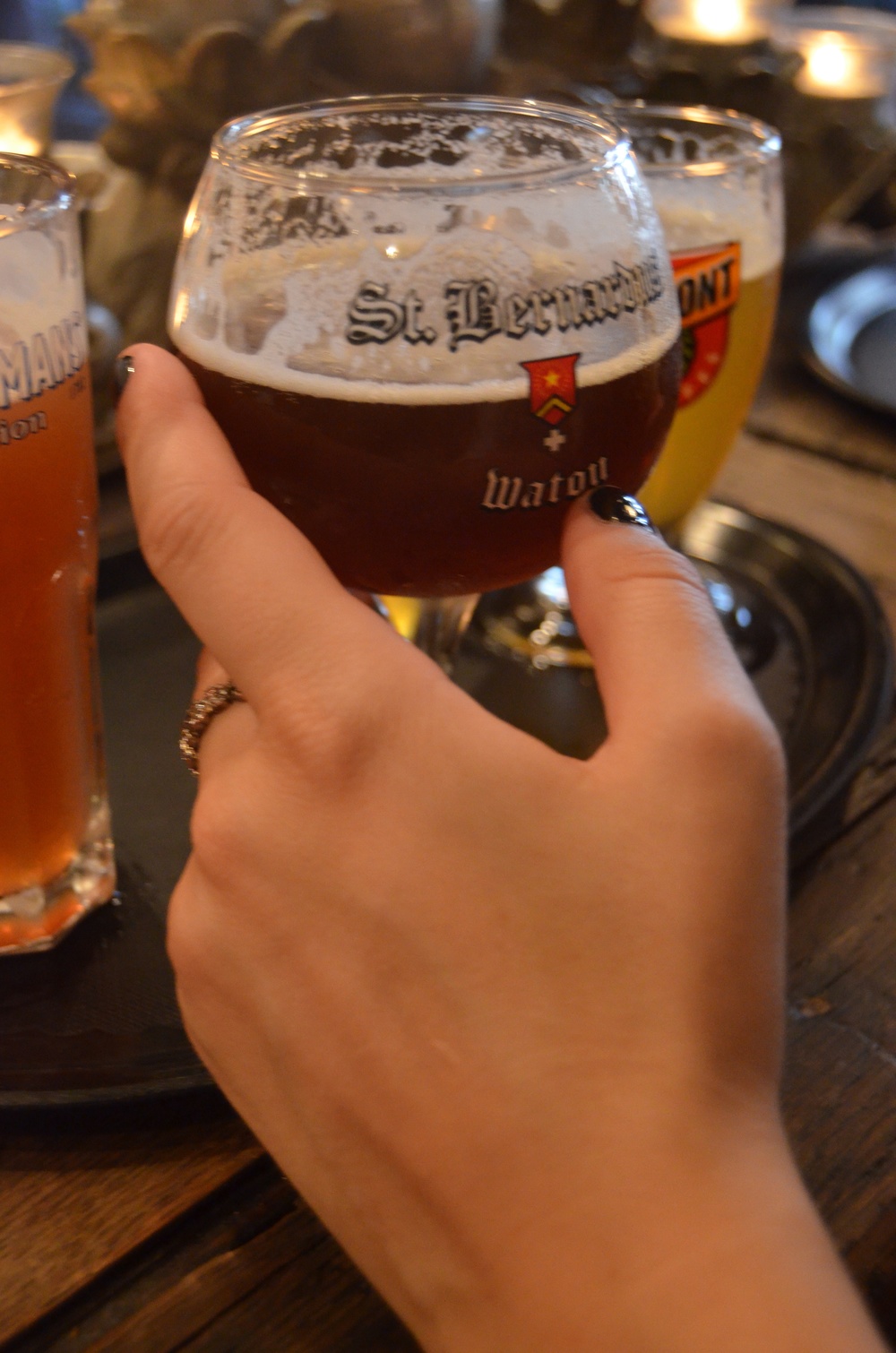 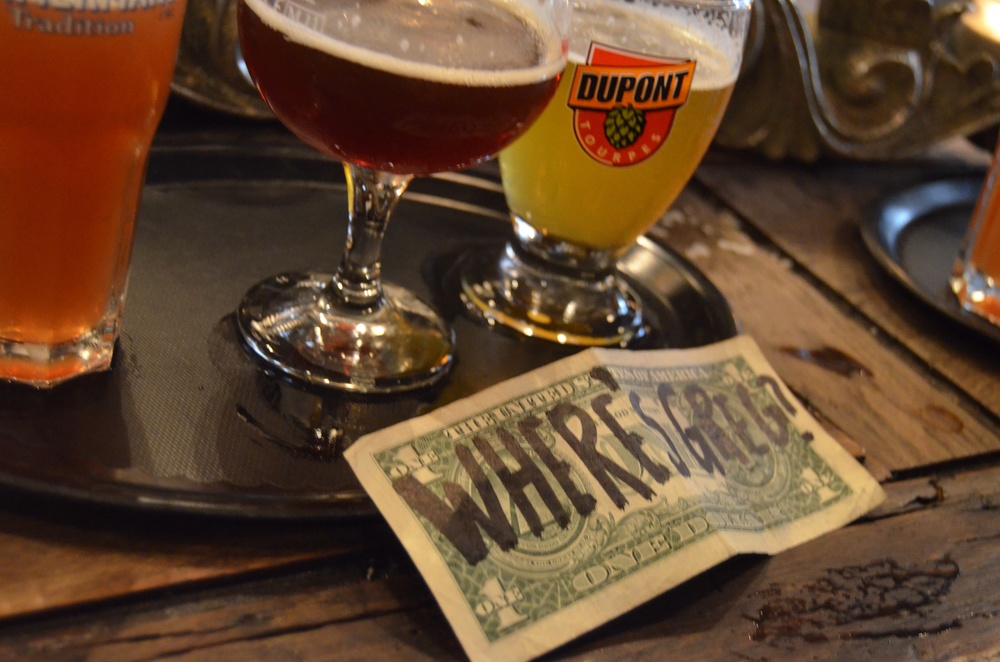 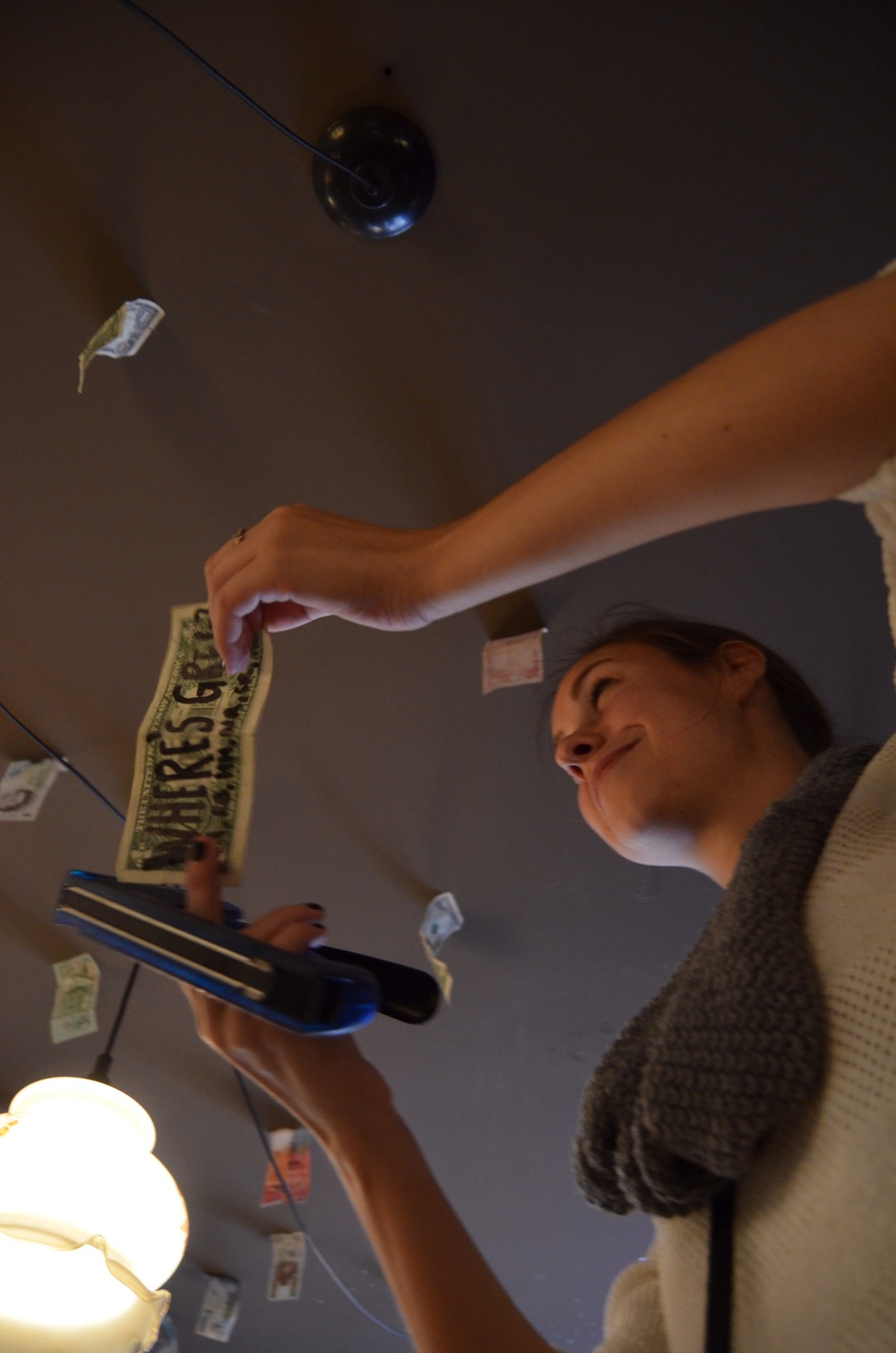 Greg will forever be on a one dollar bill in Belgium. 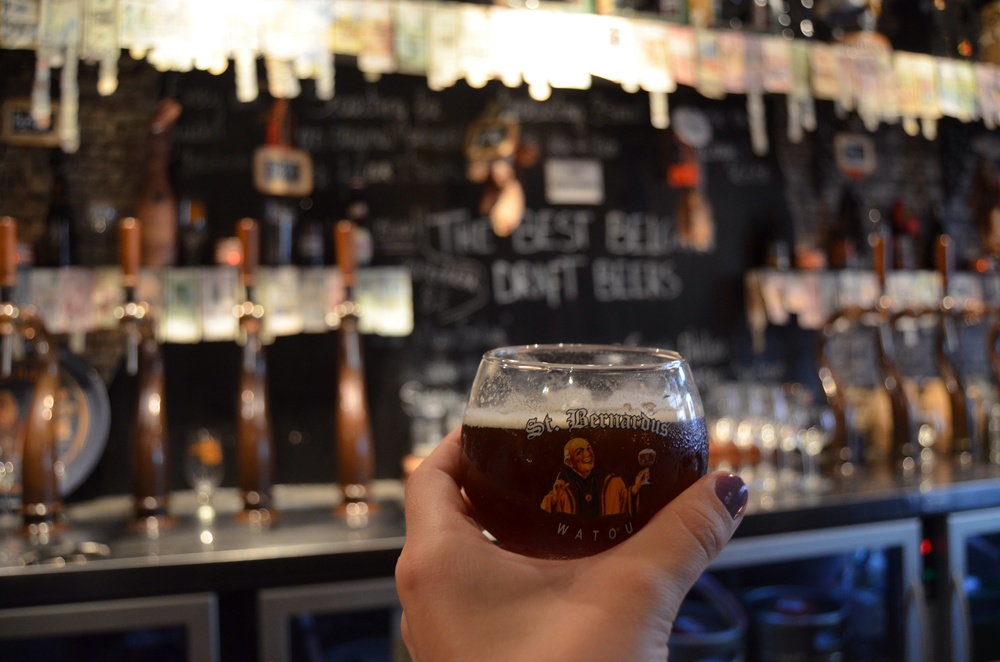 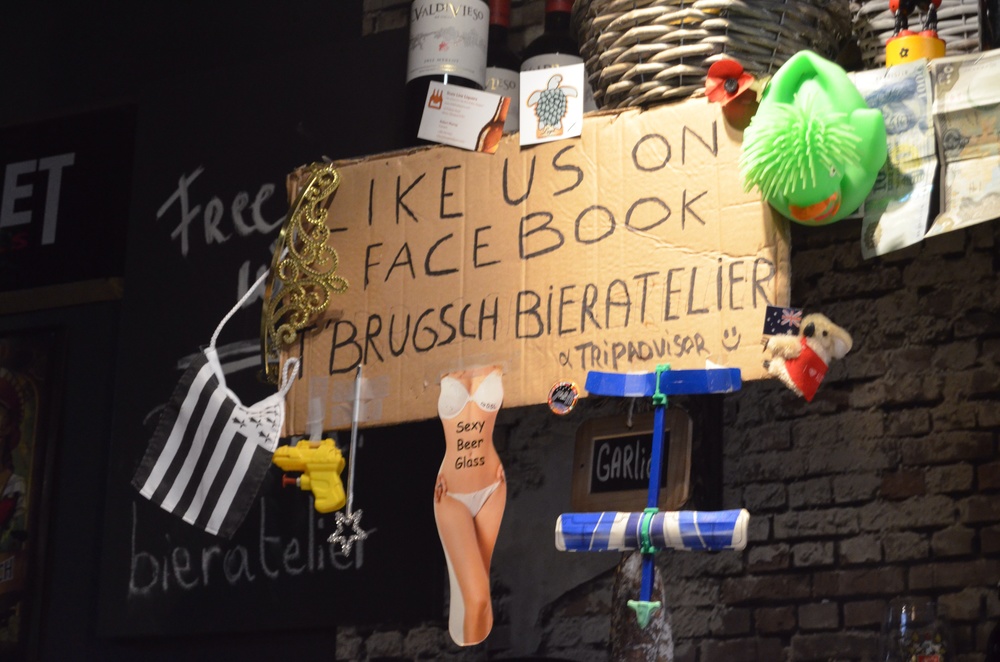 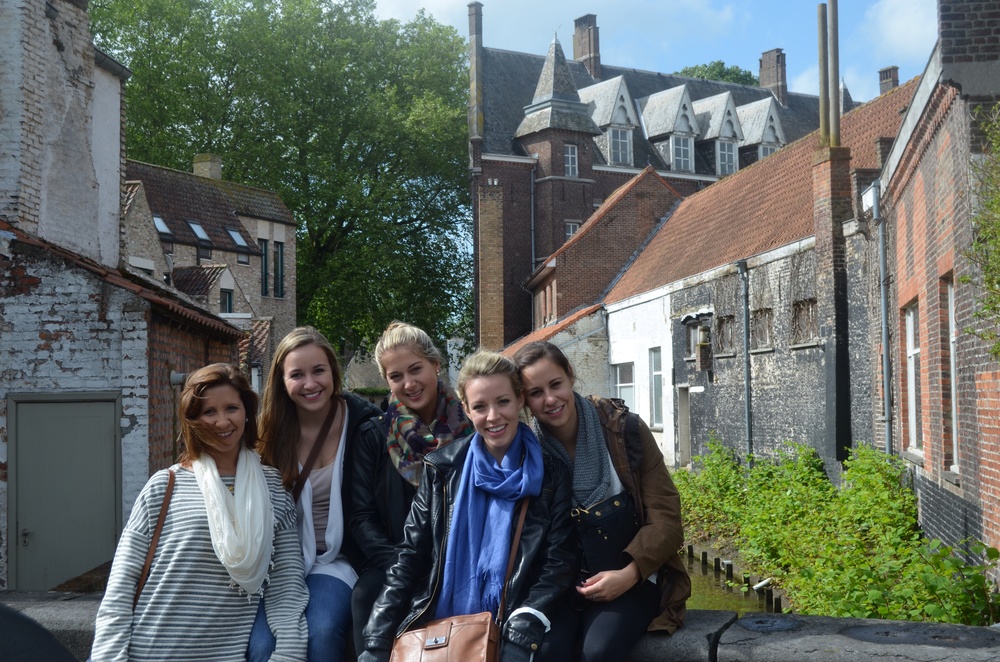 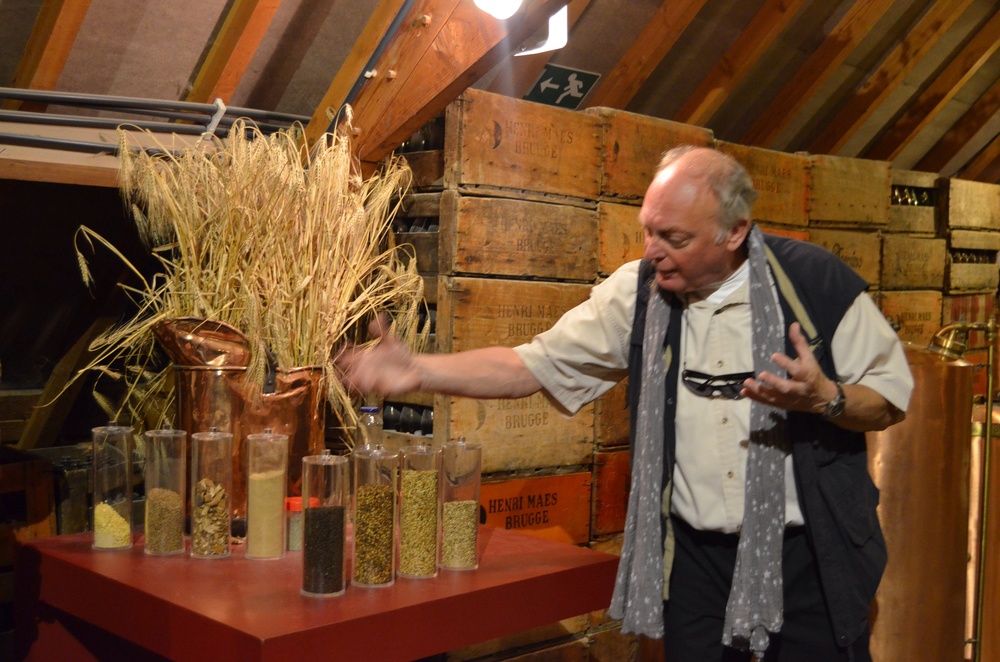 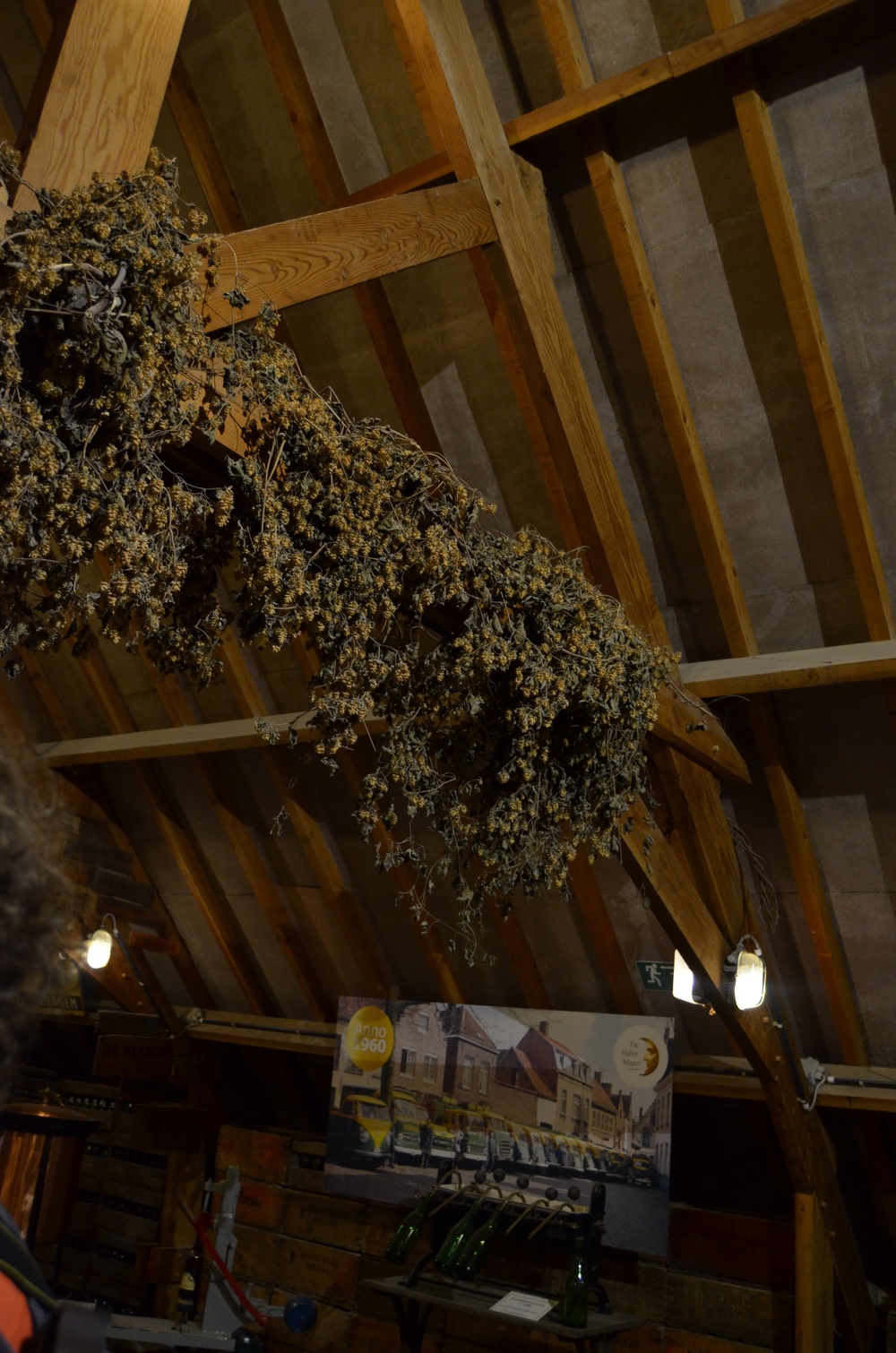 dried hops on the ceiling 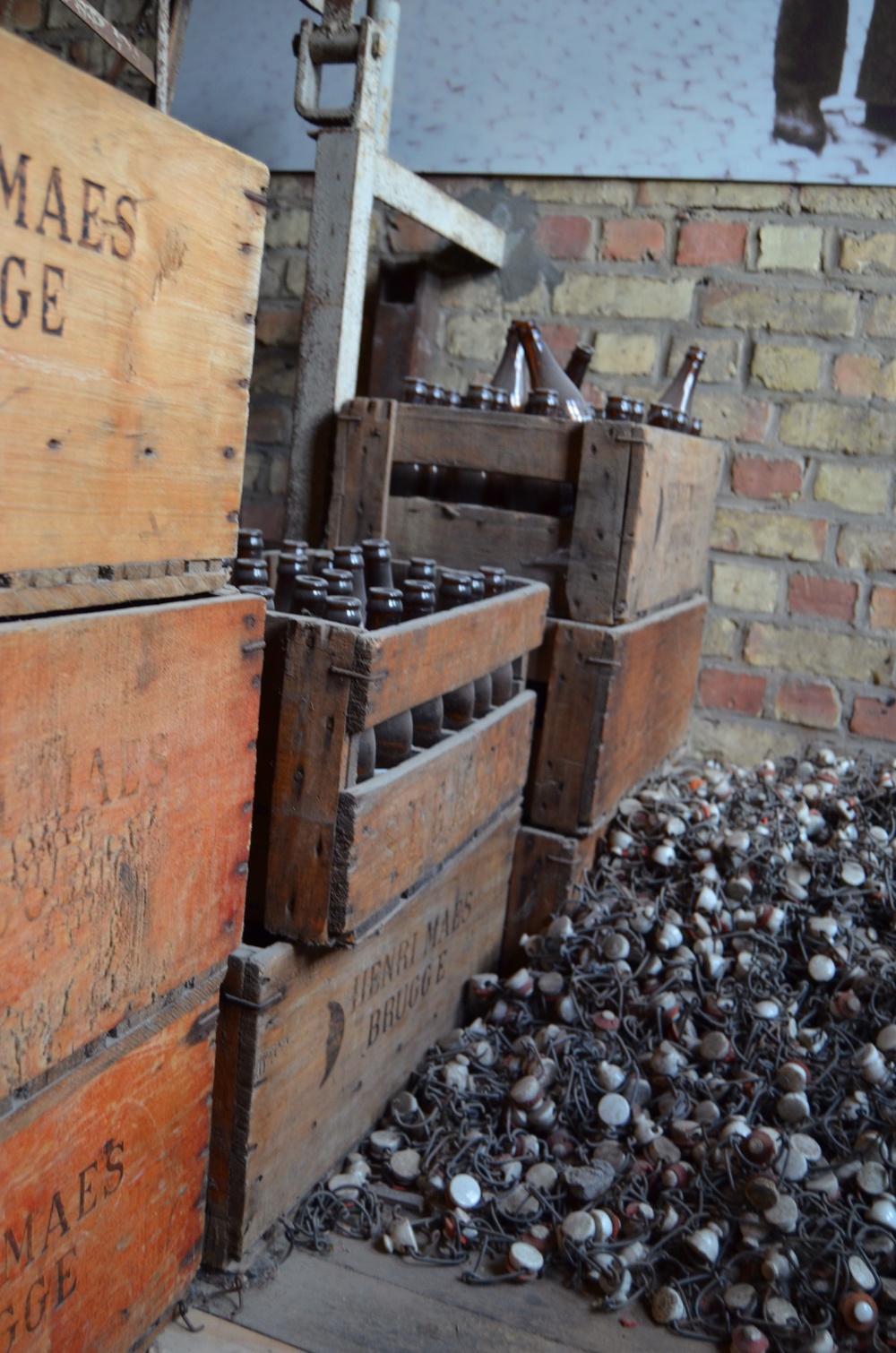 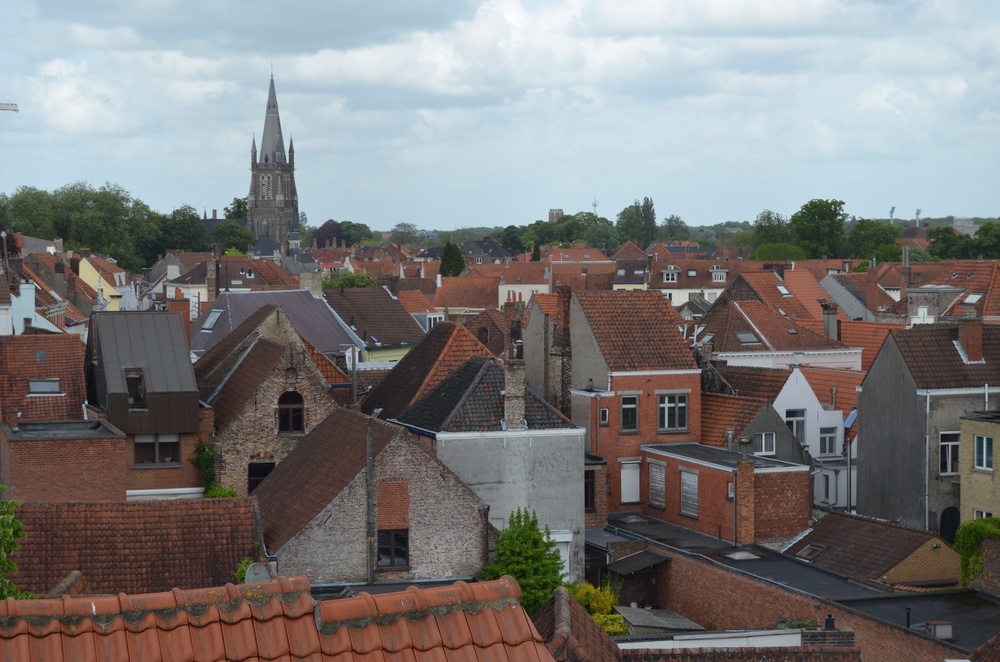 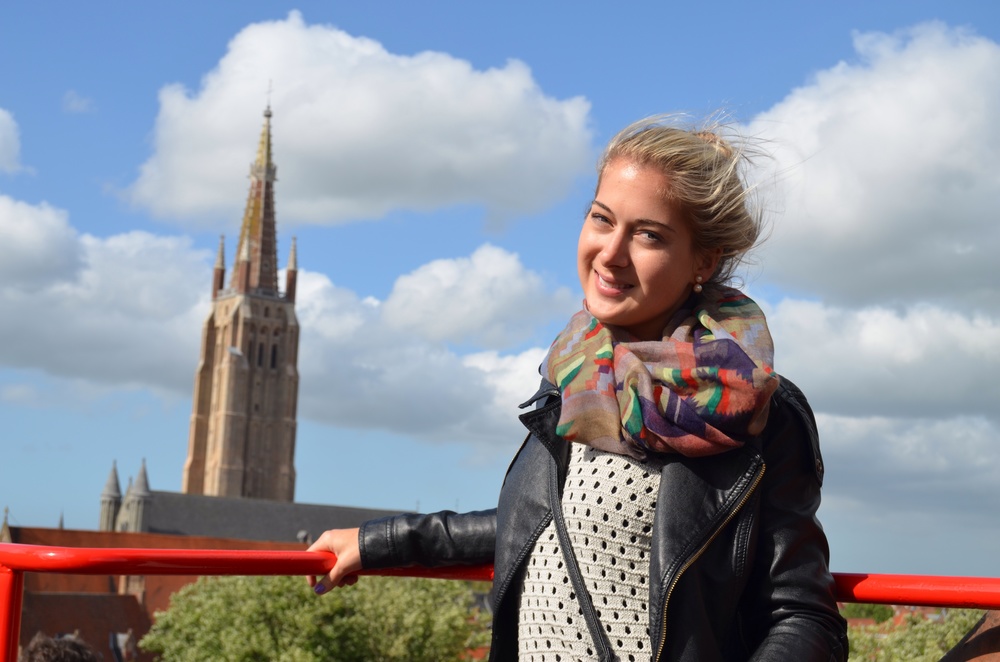 view of the belfry 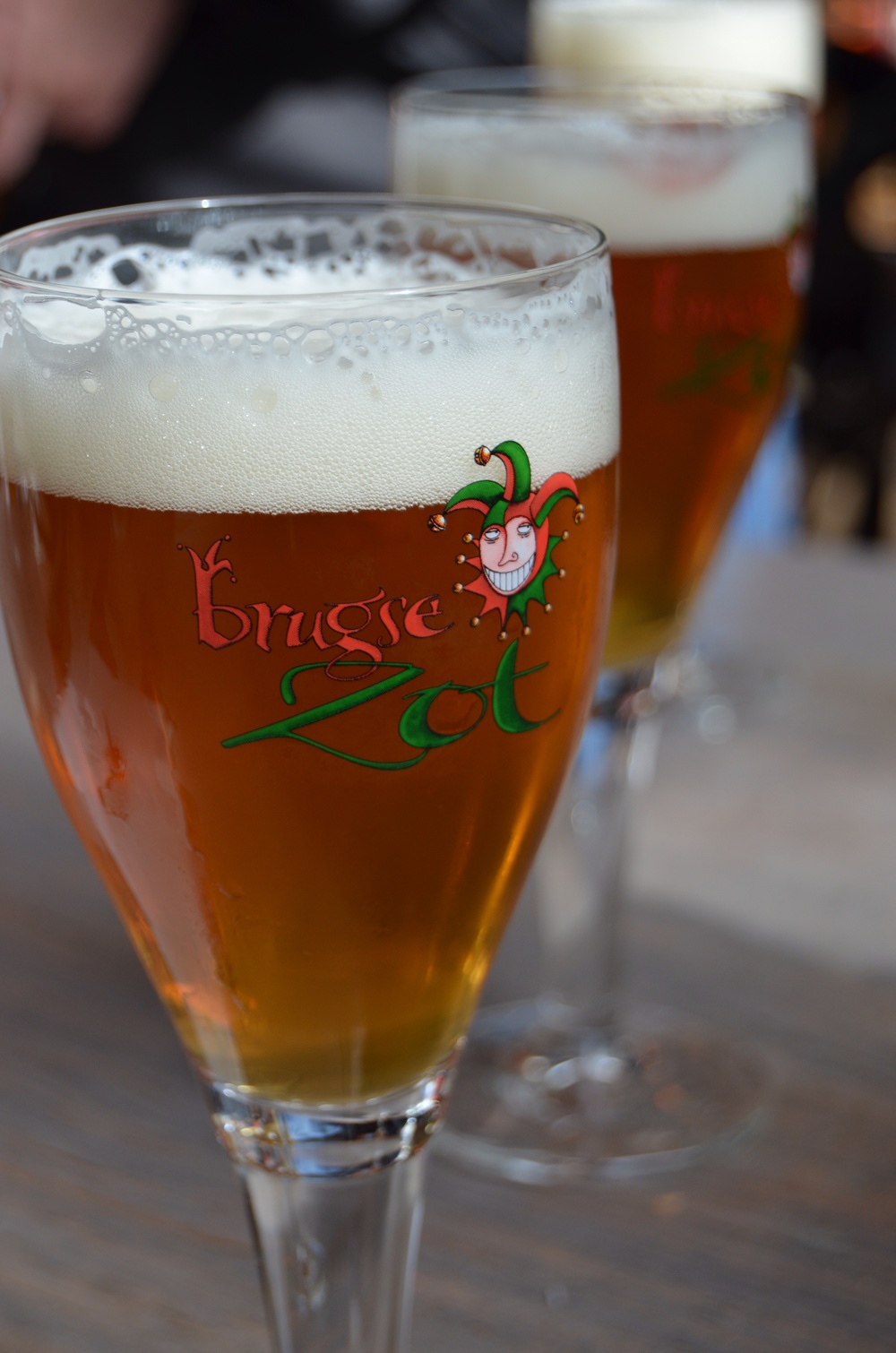 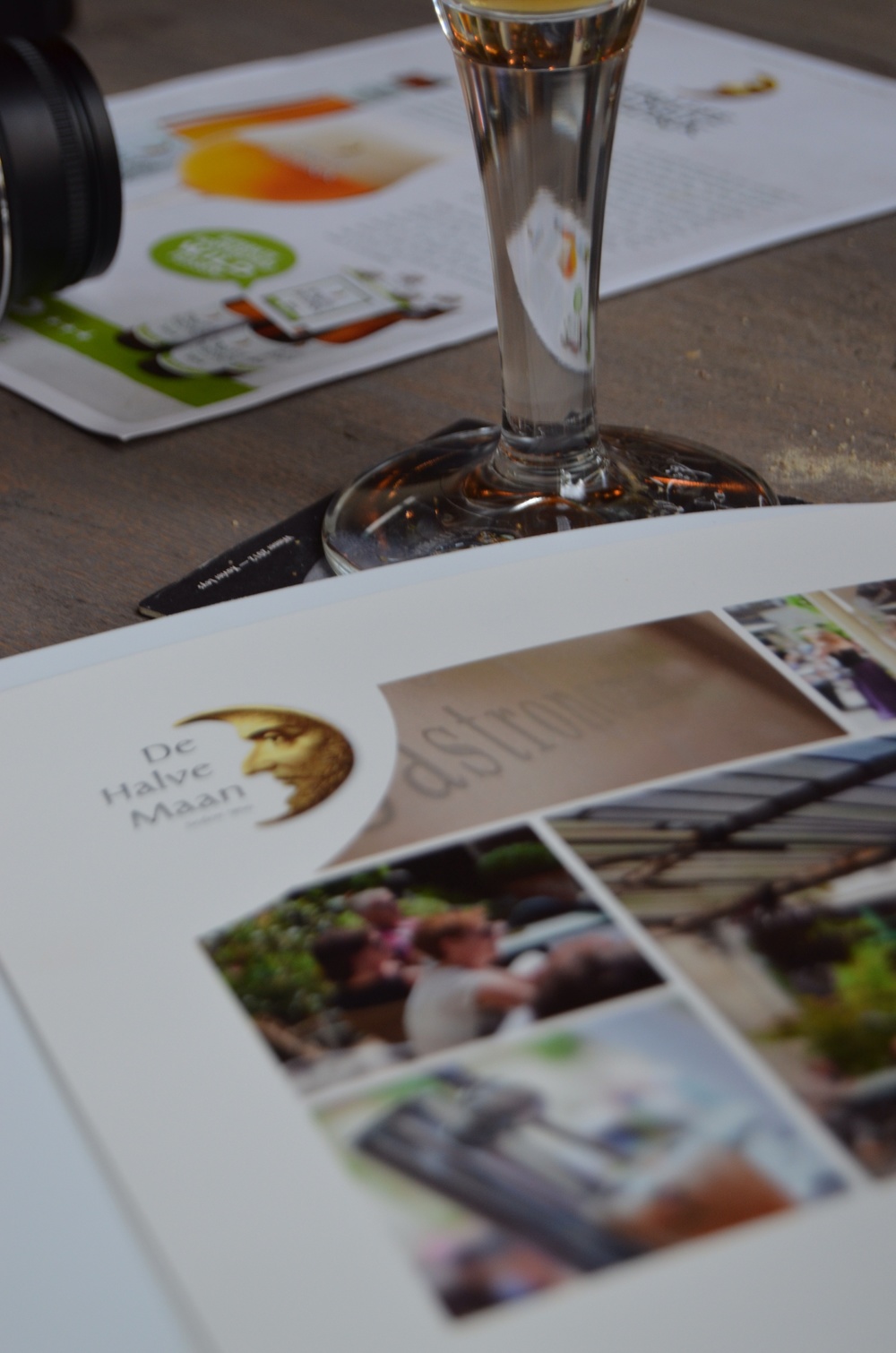 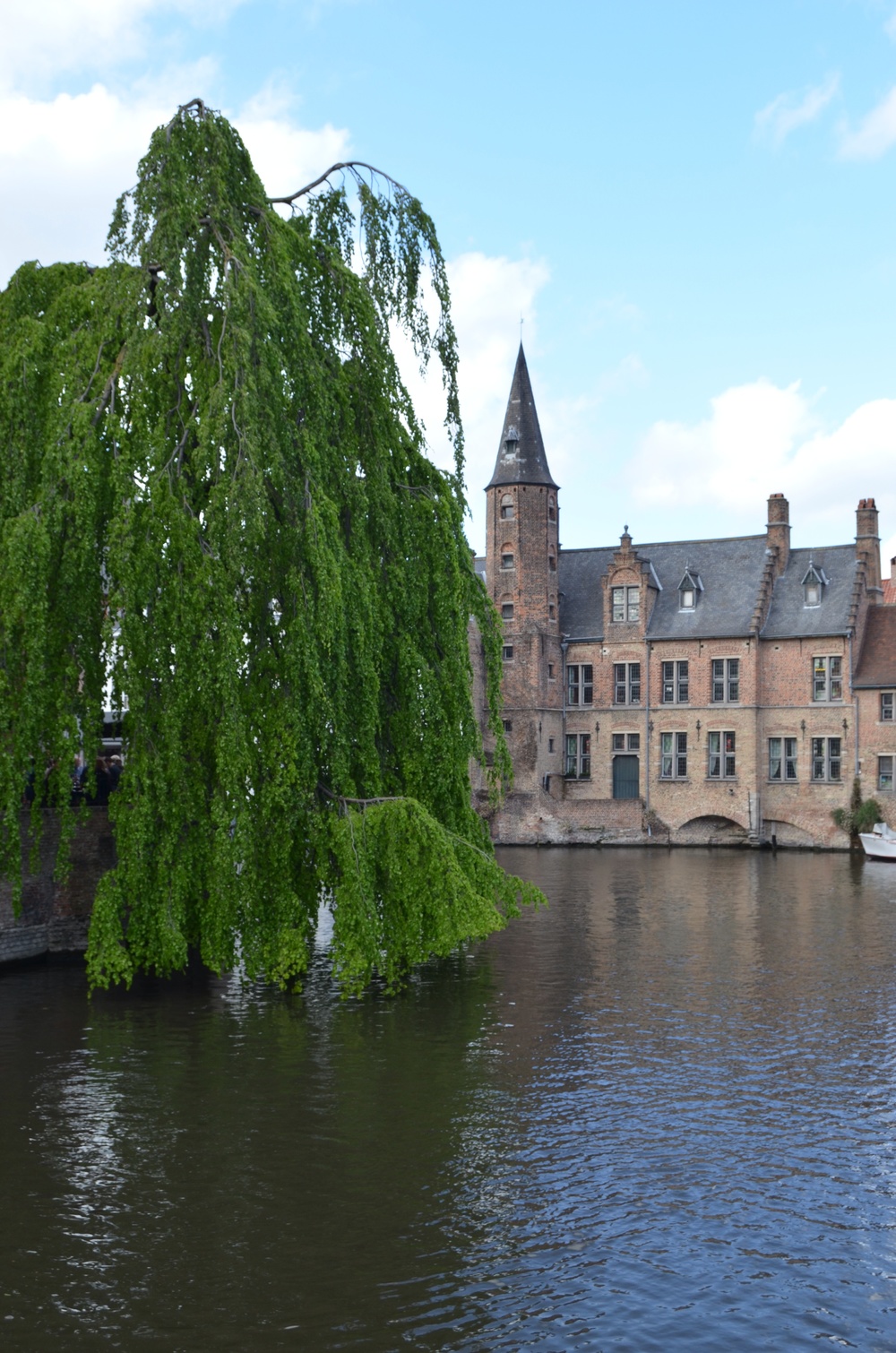 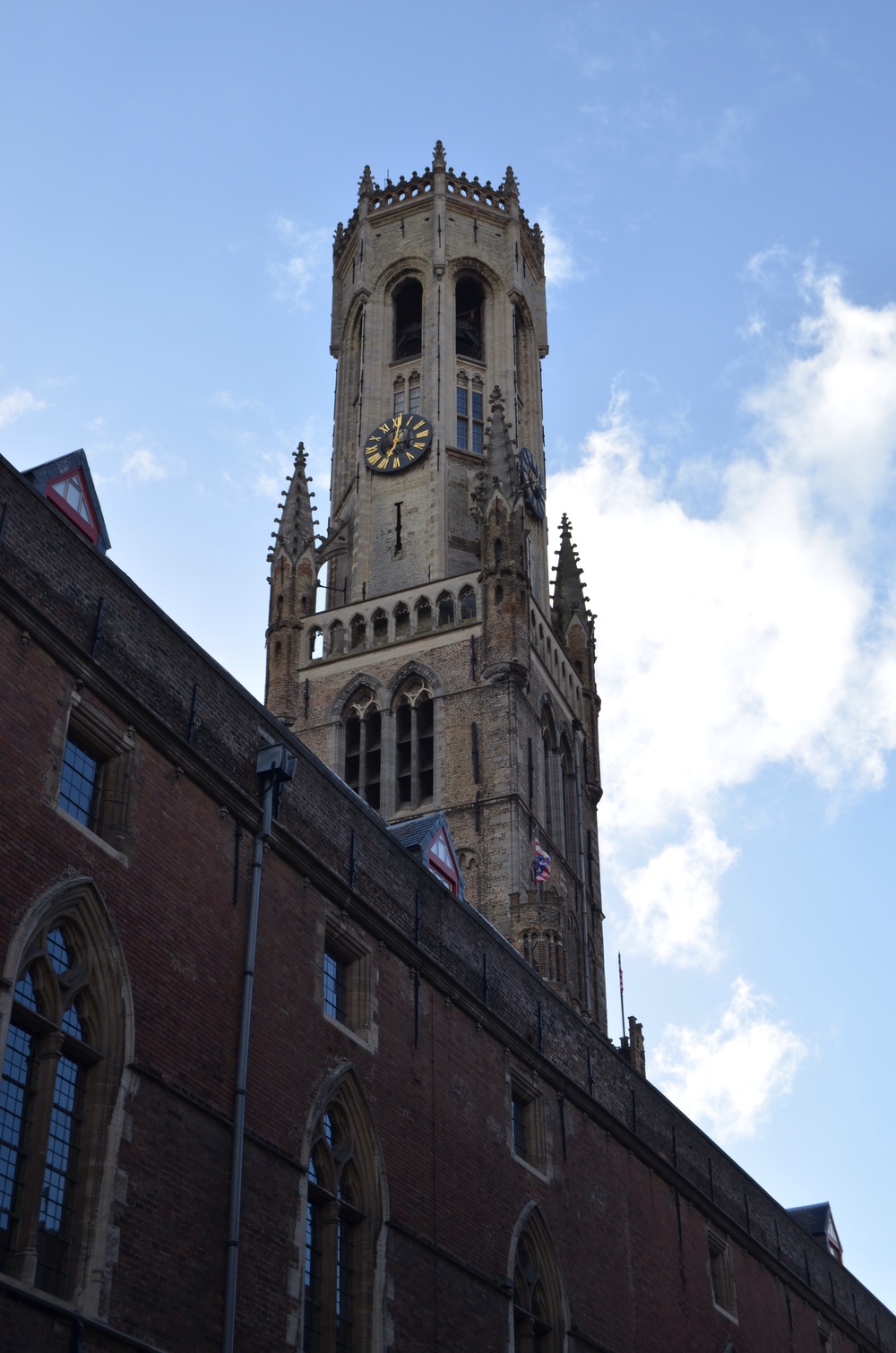 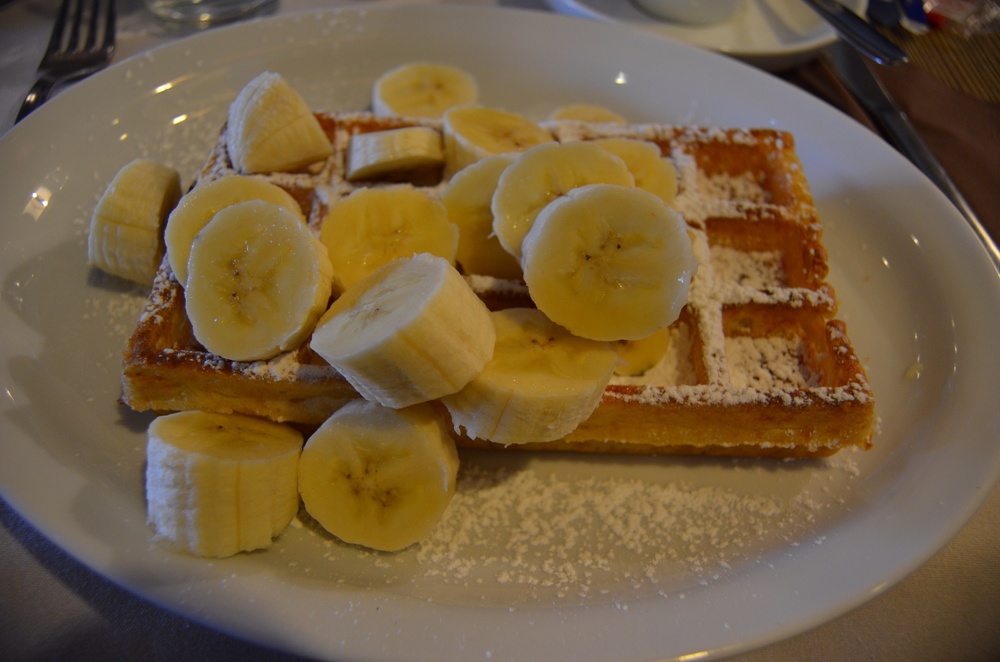 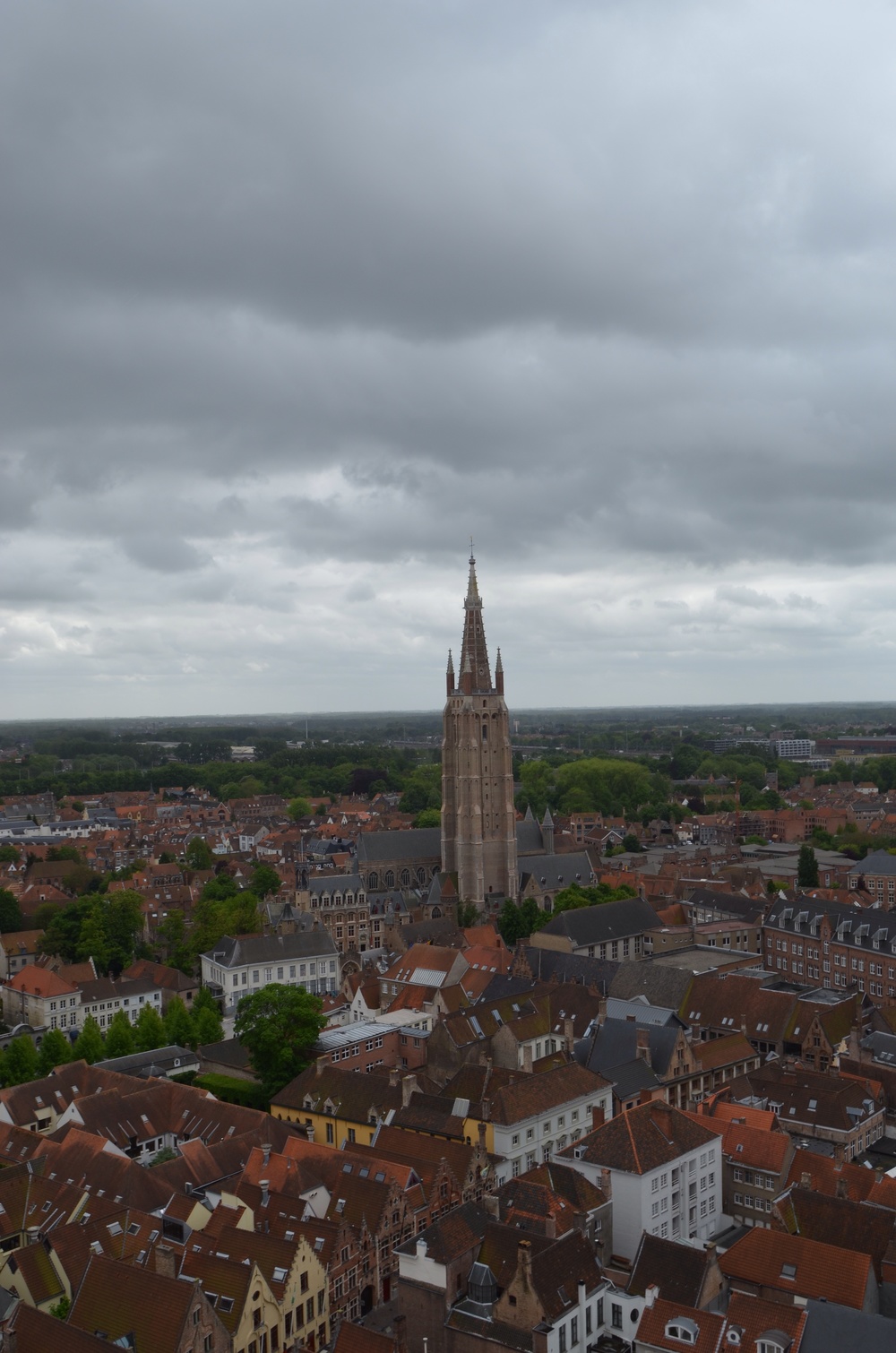 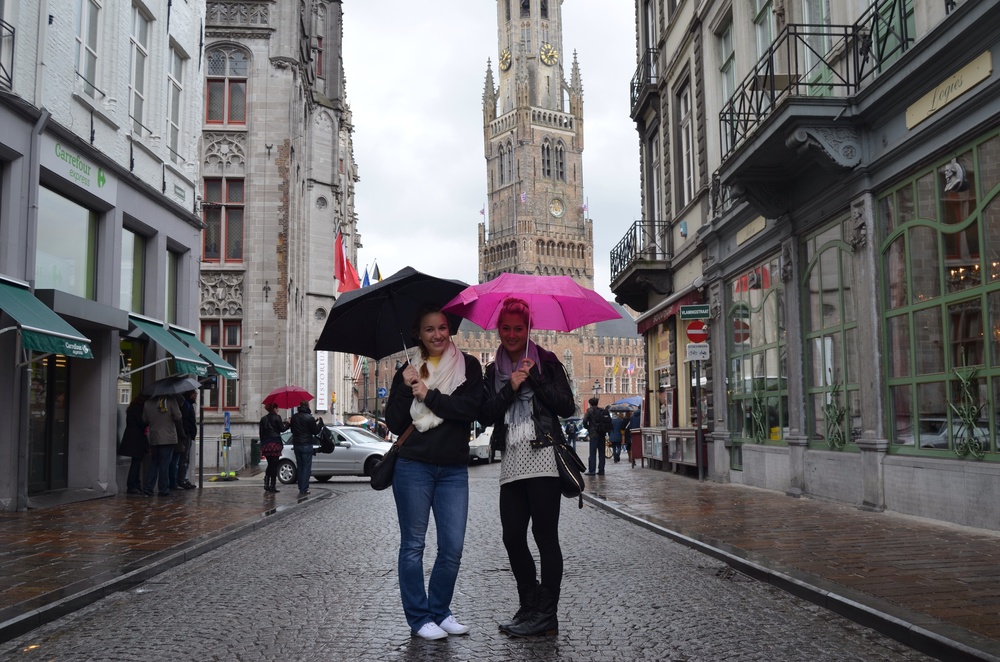 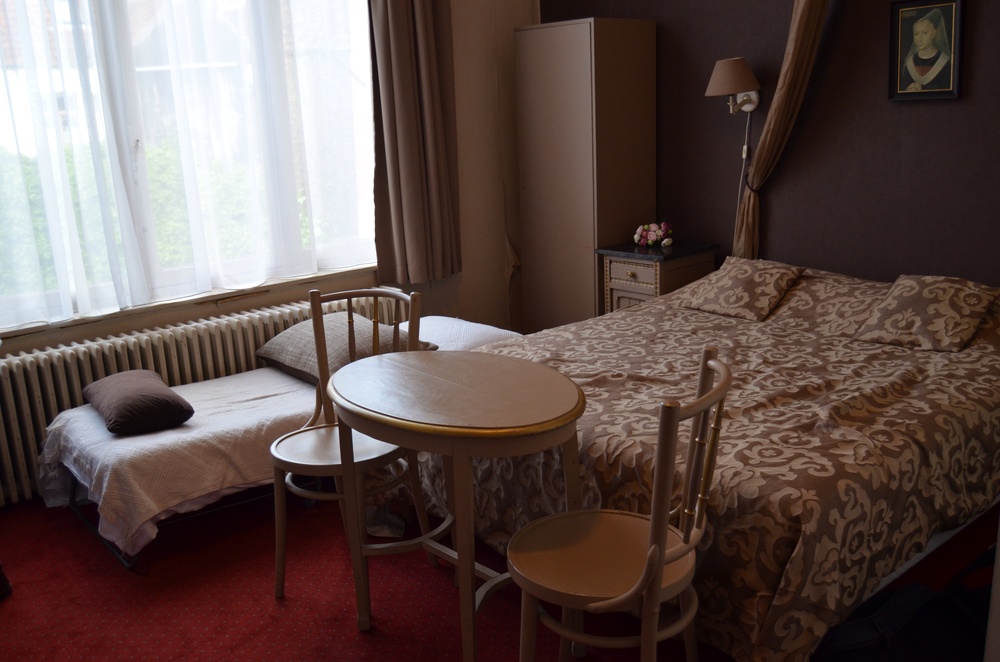 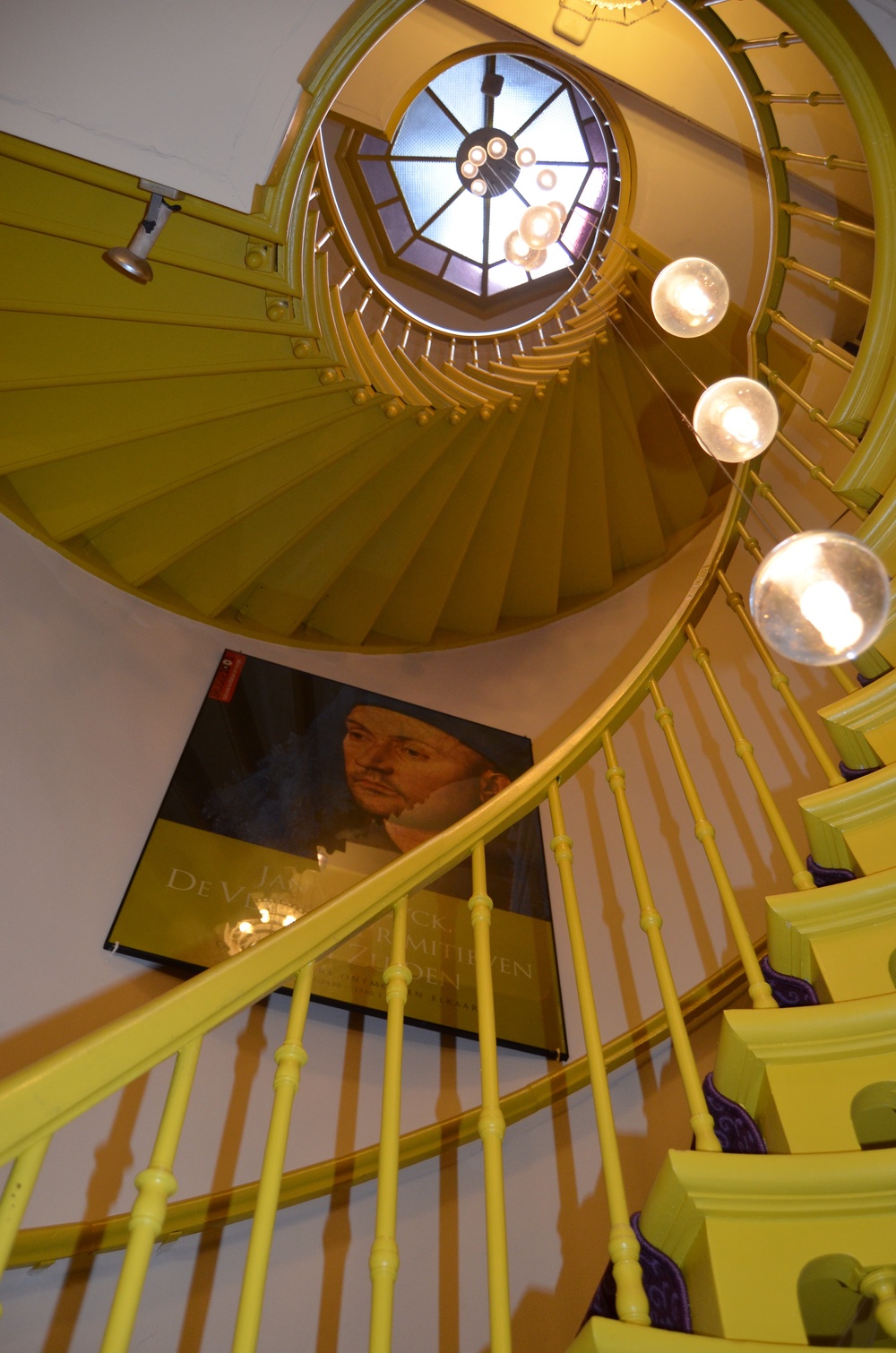