I have to share my first French meal with you. When we were looking for a place to eat, everywhere that we passed around our hotel was very touristy. When we saw the neon lights and the menus translated into English, we knew that we didn’t want to eat anywhere like that. We wandered down a little side street and found a local gem called La Butte Aux Piafs. It had all rustic decor and the menus were inserted into old music covers which I thought was really quirky and cute 🙂

They carried specialty and organic wine which I thought was really neat. However, since the menu was all in French I just chose a “rouge” and it turned out not to be that great. Now I know that if you’re in Paris and you want something similar to a Cabernet, you order “Bourdeaux”. Our waitress told me this tip, and she also told me the best item on the menu when I said “I eat anything, give me the best item on the menu!” Although she didn’t speak much english she tried to be as informative as possible which I thought was really nice.

To start off we had Poêlée d’escargot de Bourgogne aux pleurotes, which was shelled snails and mushrooms served with baguette. I had the souris d’agneau confite aux 4 épices et tagliatelles crémeuses au basilic. It was the BEST lamb I’ve ever had. After we had sat there for several hours we finished off with a delicious créme brûlée. I love how the French treat eating as more of a time to catch up and relax instead of hurrying the eating  process like many of us are guilty of.

Definitely one of the best meals I’ve had in a long time. Plus, I convinced the owner to let me keep one of the menus! I just naturally knew how to spell all of the French dishes 😉 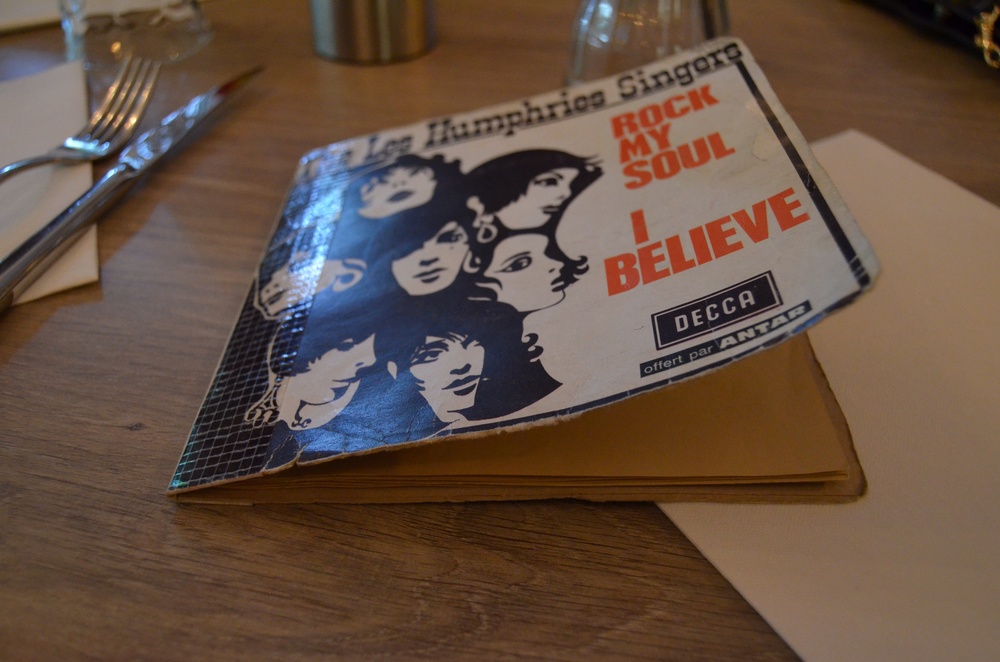 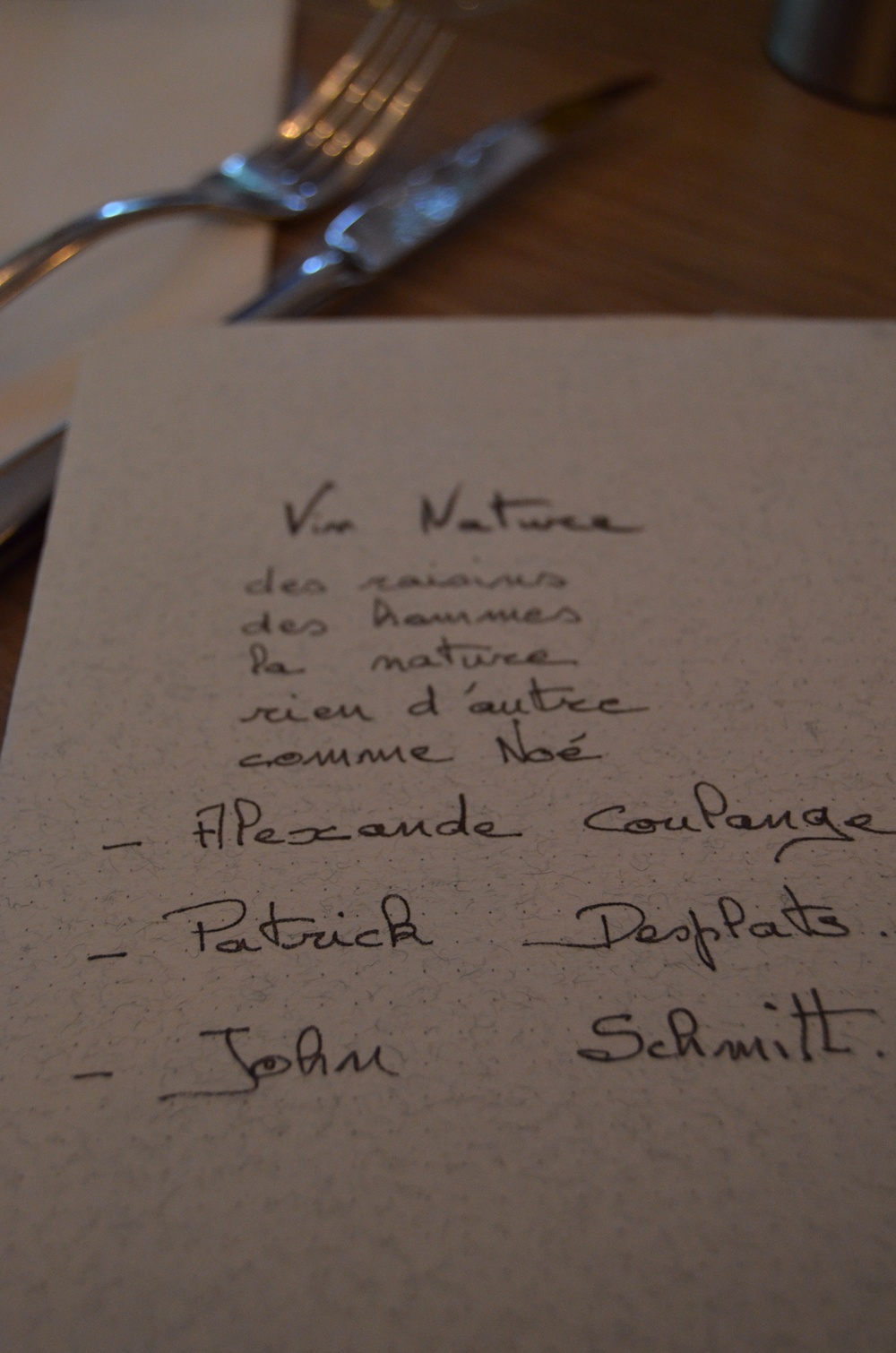 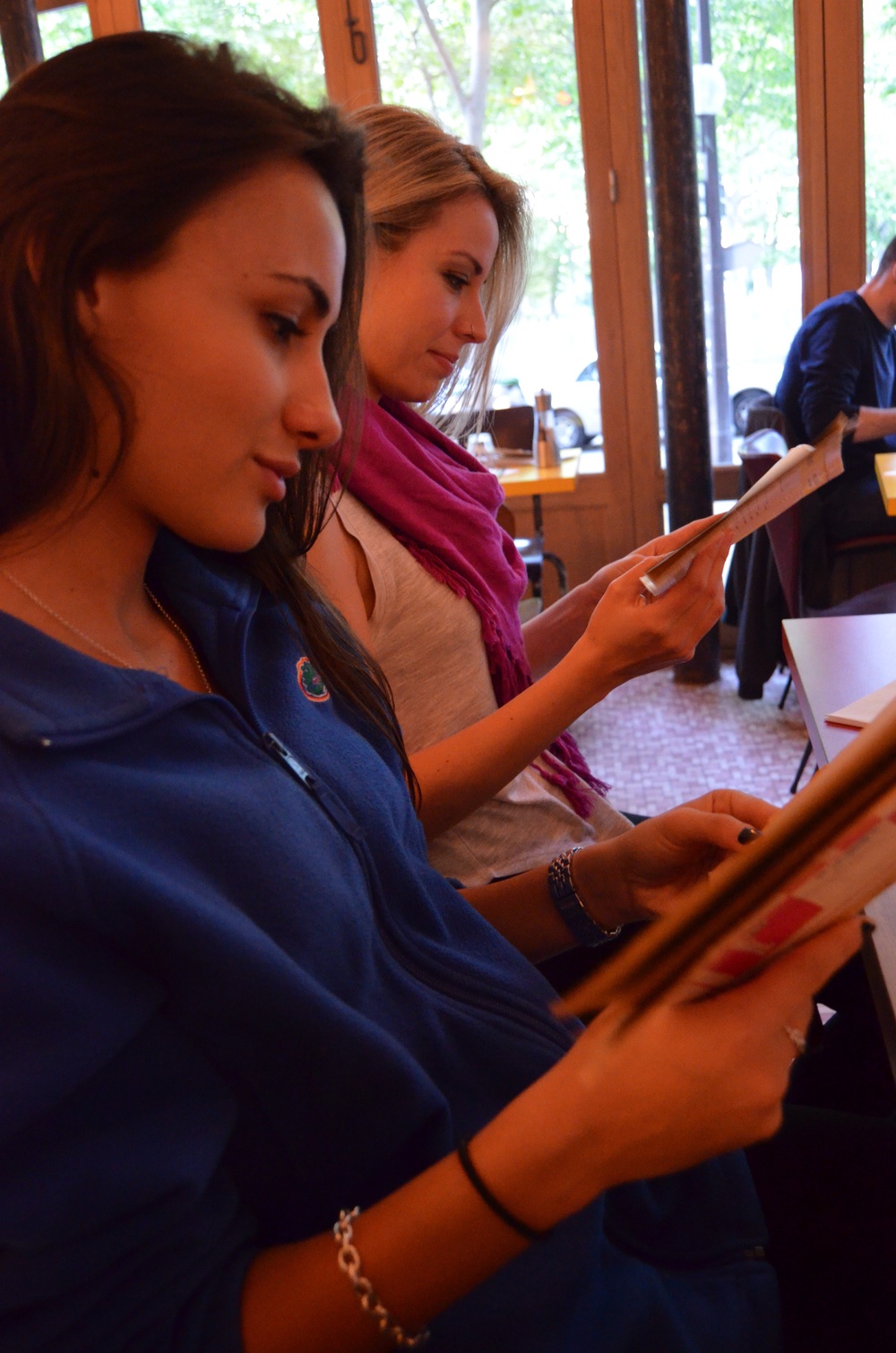 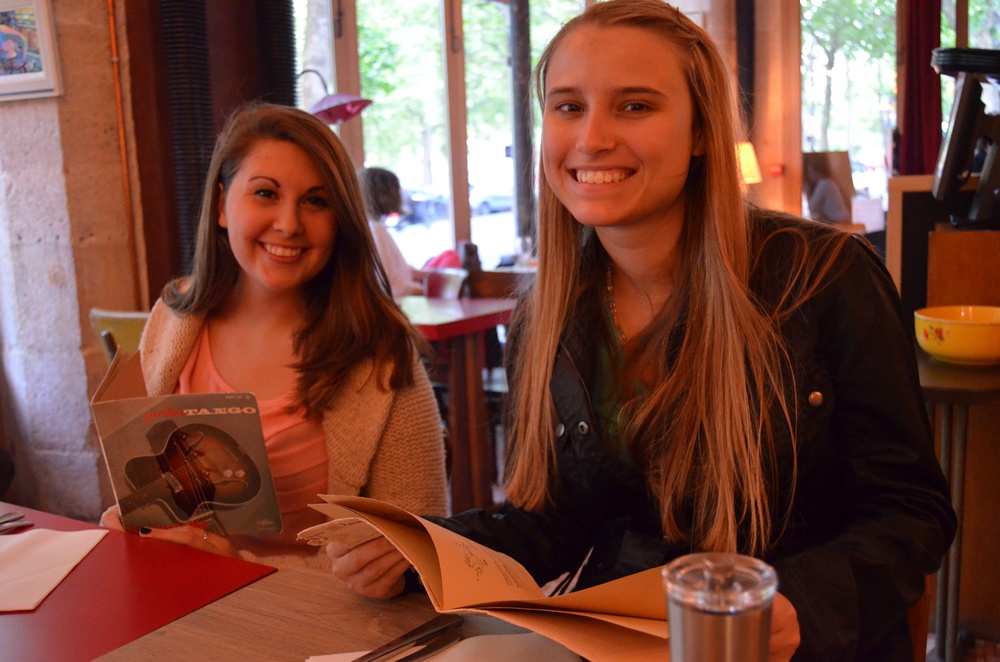 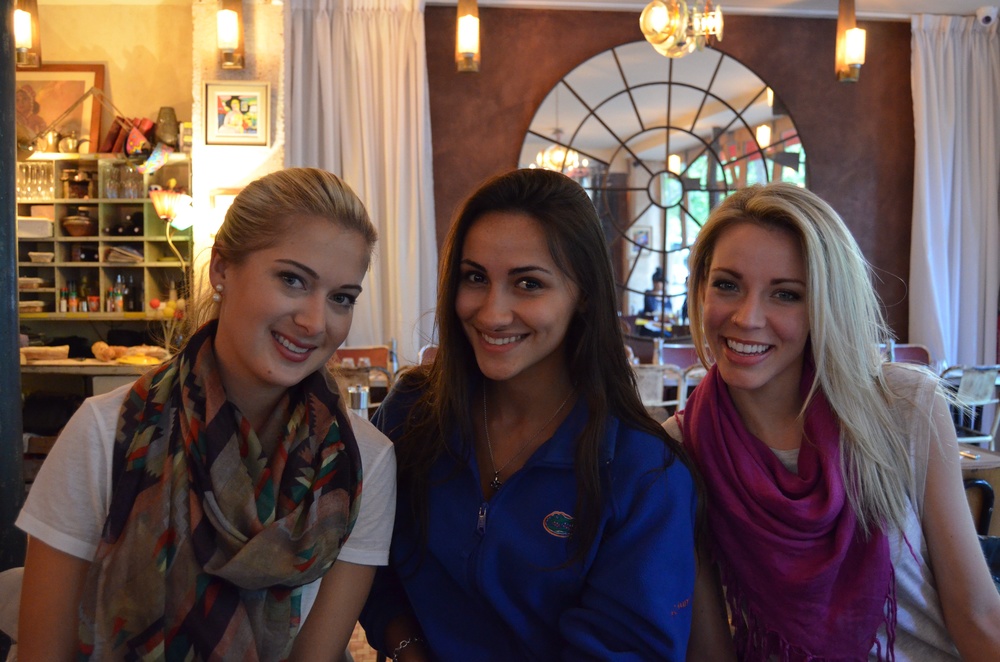 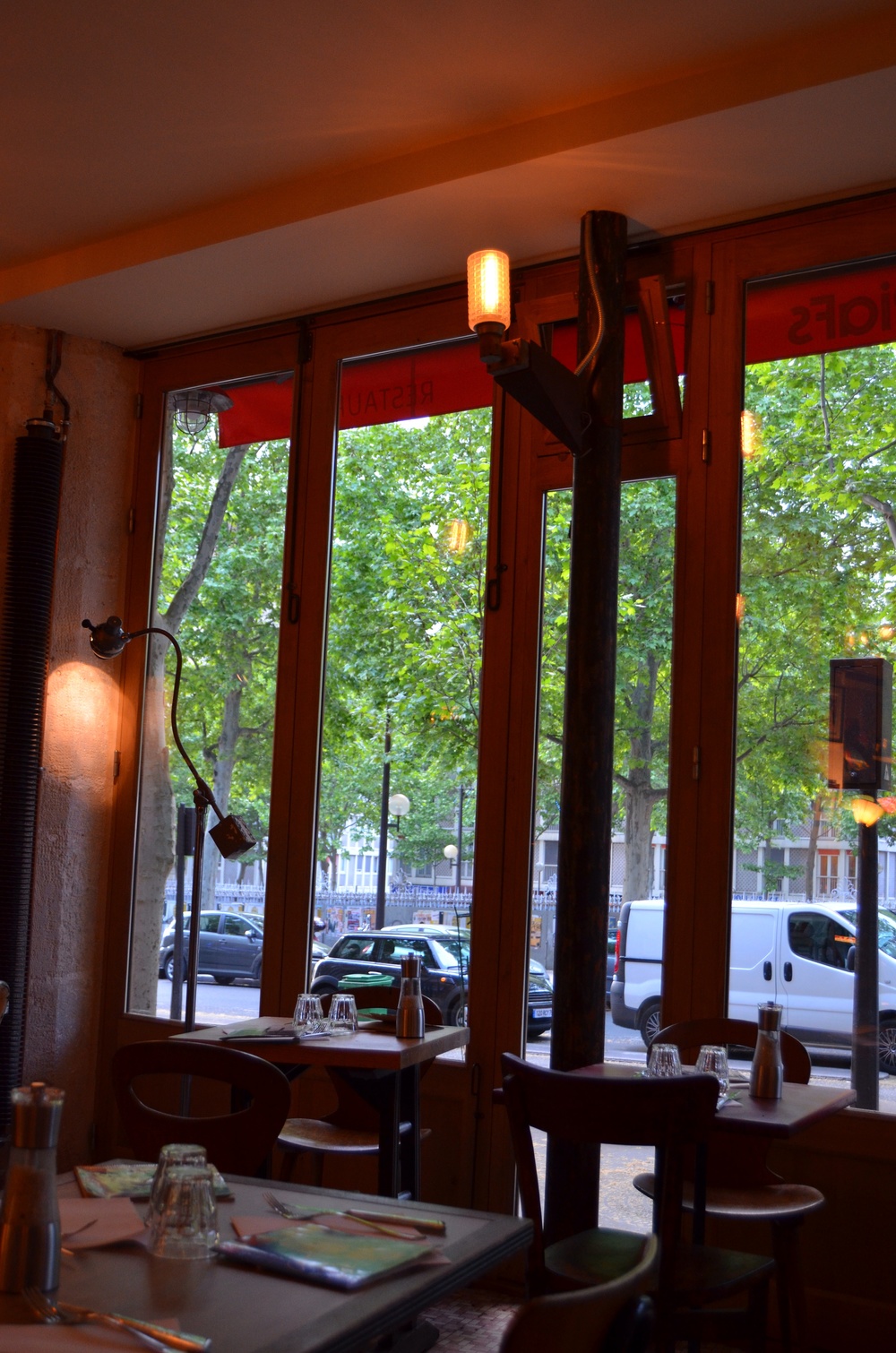 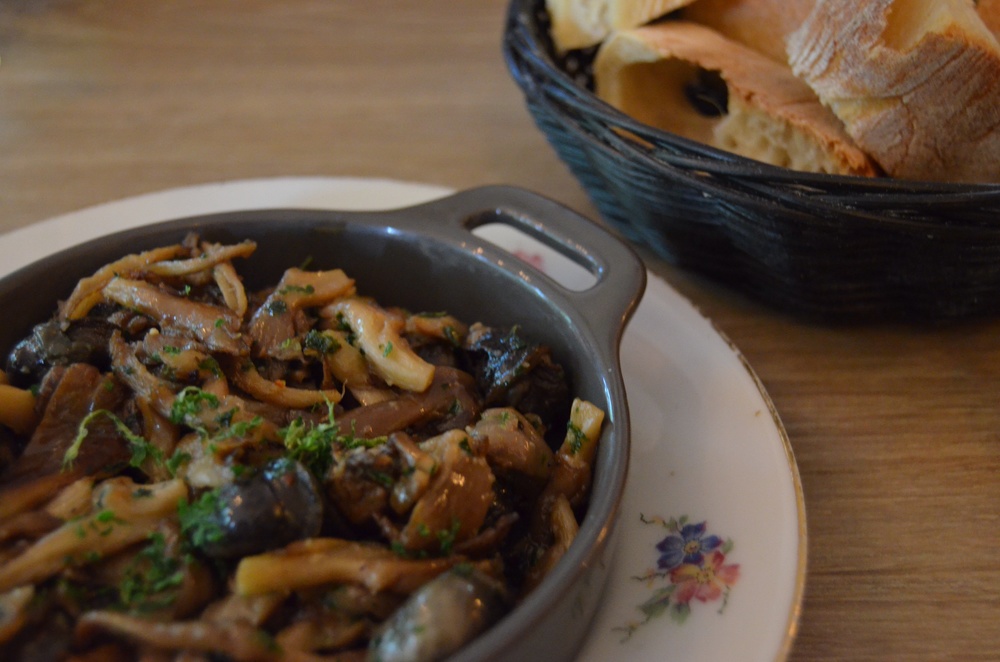 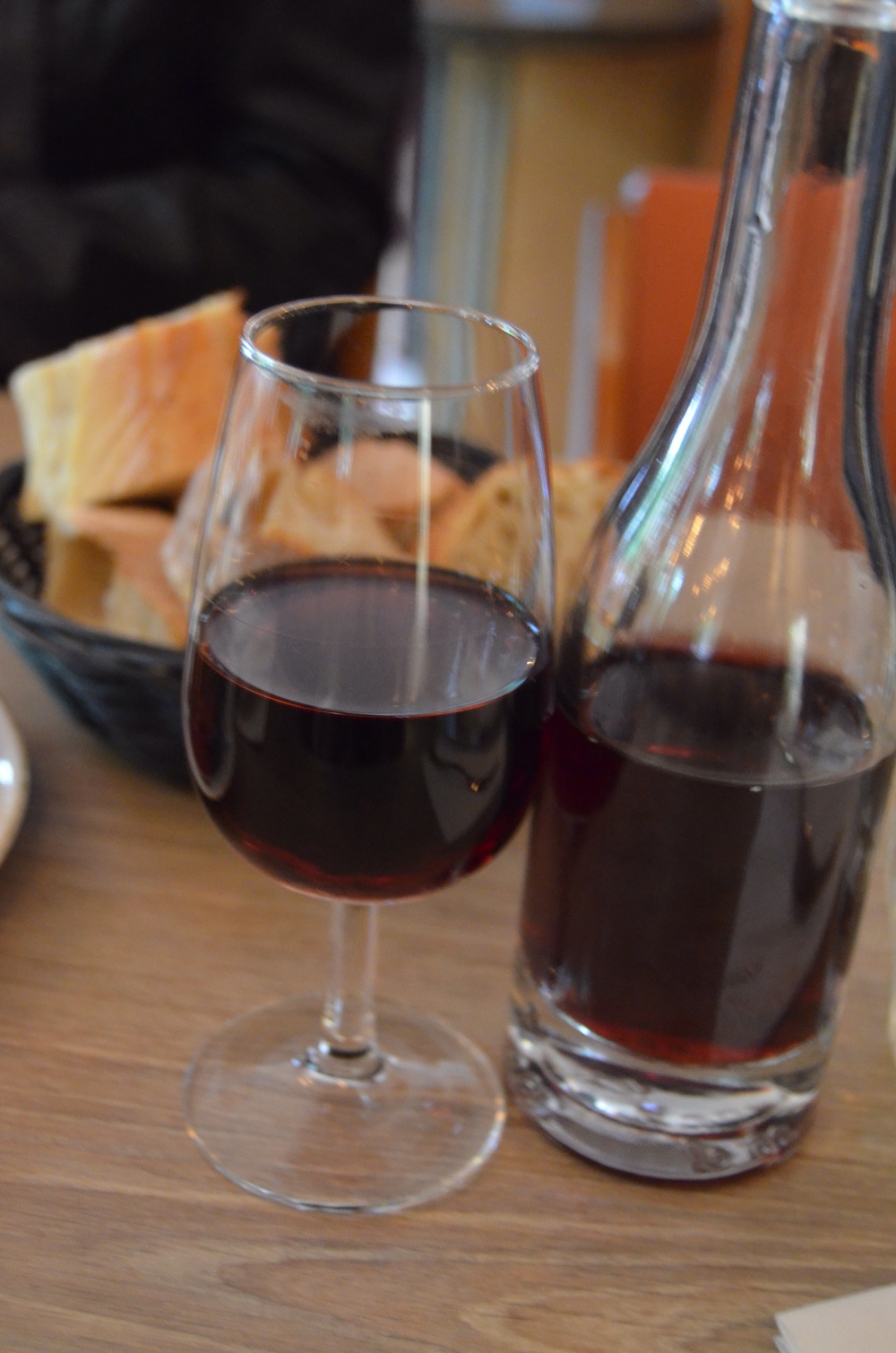 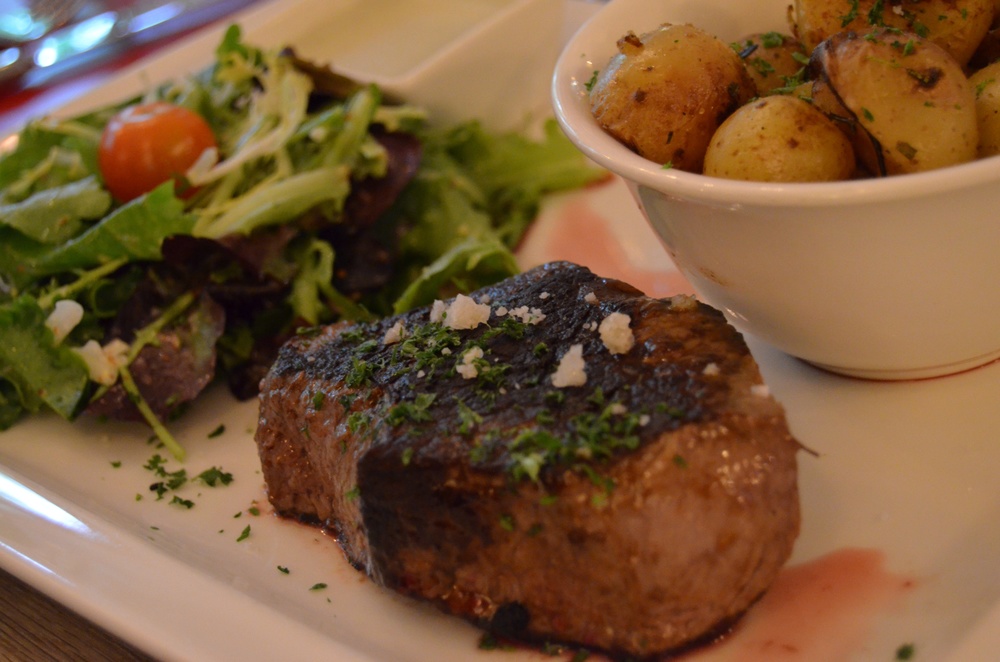 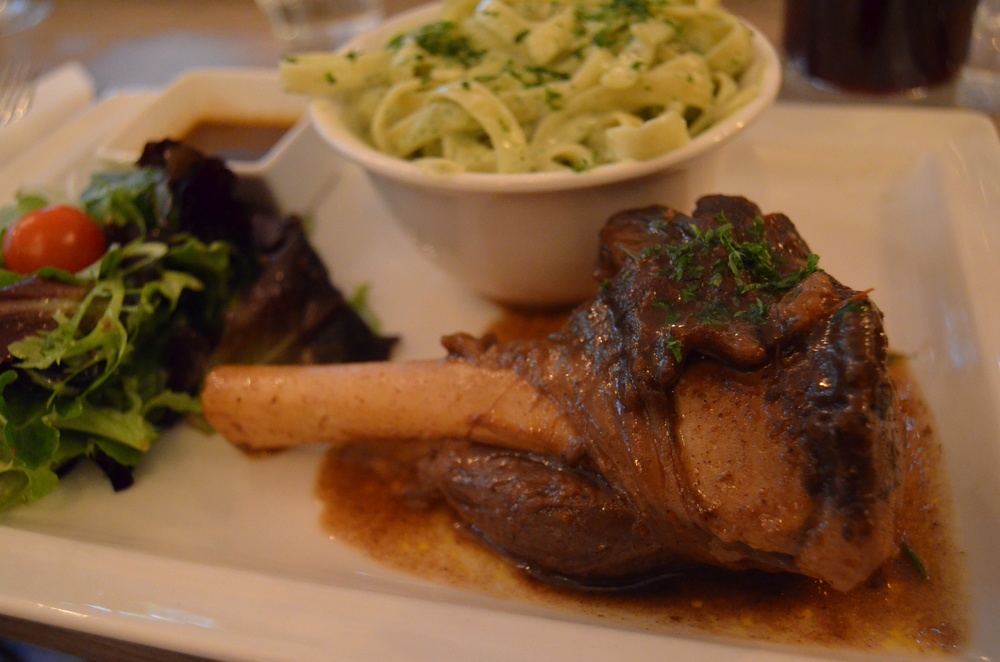 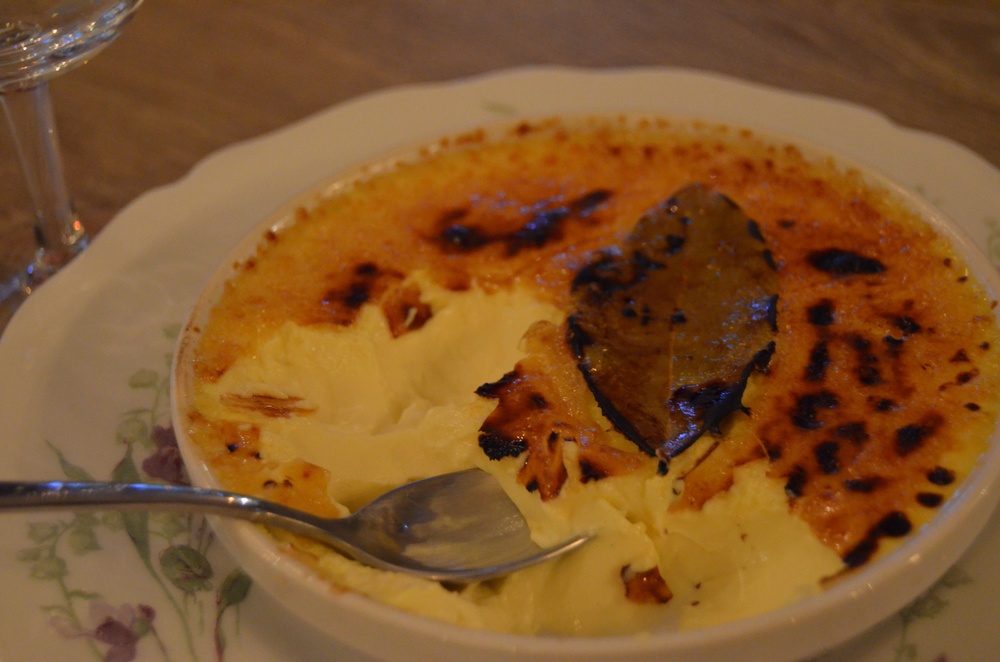 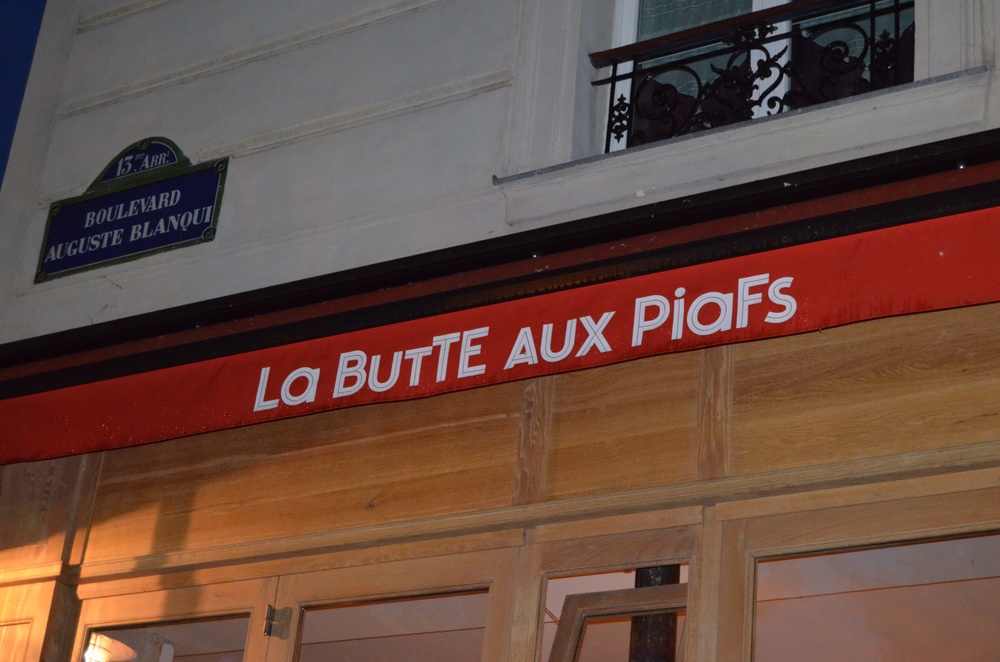