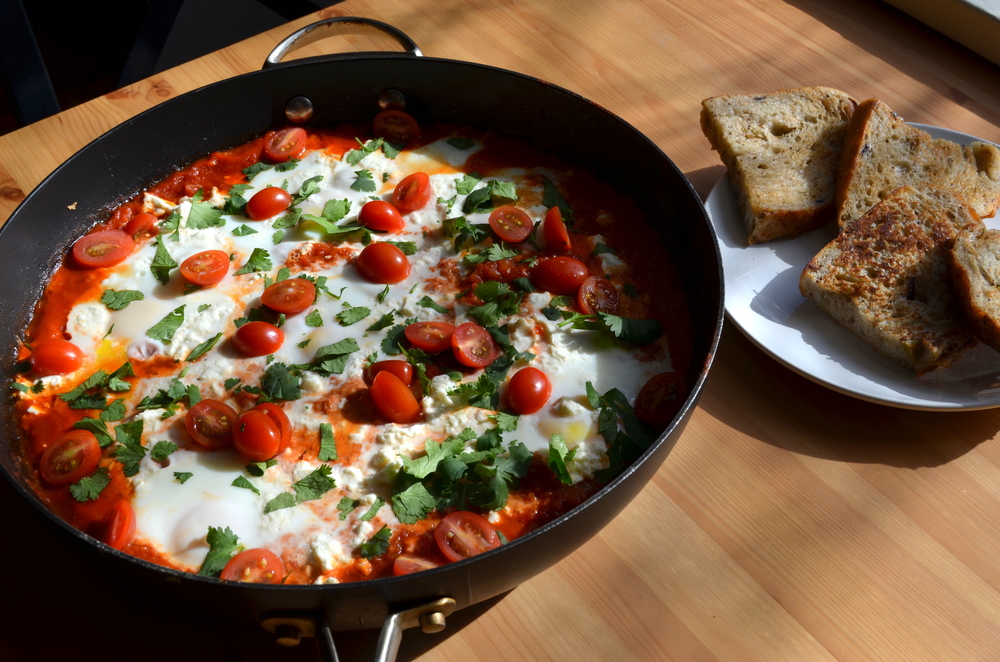 This weekend marks a year that I’ve officially lived here! Last year, from the time March hit it was unusually beautiful. I honestly didn’t understand why people had kept telling me the weather was so bad before I moved. It was a long spring and summer of sunny days exploring the streets of Portland, hiking in the gorge, riding along the coast, and getting acquainted with my new home.  Well… the weather took a turn in October and it’s been consistently raining ever since. Don’t get me wrong, I love a good lazy day inside binge watching Netflix and excessive nap taking but enough it enough! My skin is thirsty for sunshine and tanning lotion and it would be nice to have a shade of color to my skin that doesn’t fall under the pasty white category.

That’s why I was thrilled when the sun poked it’s little head out of the clouds last Sunday and made an appearance. We both love Sundays so having a bright beautiful day out makes it that much better. During the weekdays, we both hit snooze to the point where it’s almost ridiculous and we have to rush to get to work on time. Isn’t that the best feeling though? When you know you can sleep at least 10 more minutes! Since we have that bad habit, we never have time to make a good breakfast and enjoy it, so that’s why weekends we always go big in the breakfast category.

Shakshuka is one of our favorite breakfasts lately! I first made it for Thomas when we met (just to try and impress him lol, I had no idea what it was). Now it’s a staple that we love making all the time. It’s a glorious mix of peppers and onions, sauteed and pureed with tomato sauce, spiced with cumin, and cute little eggs plopped on top and baked to perfection. Since I believe this is an Israeli dish, pita bread or challah is traditionally served on the side, but we love toasted crusty bread to slather up all the tomatoey deliciousness. 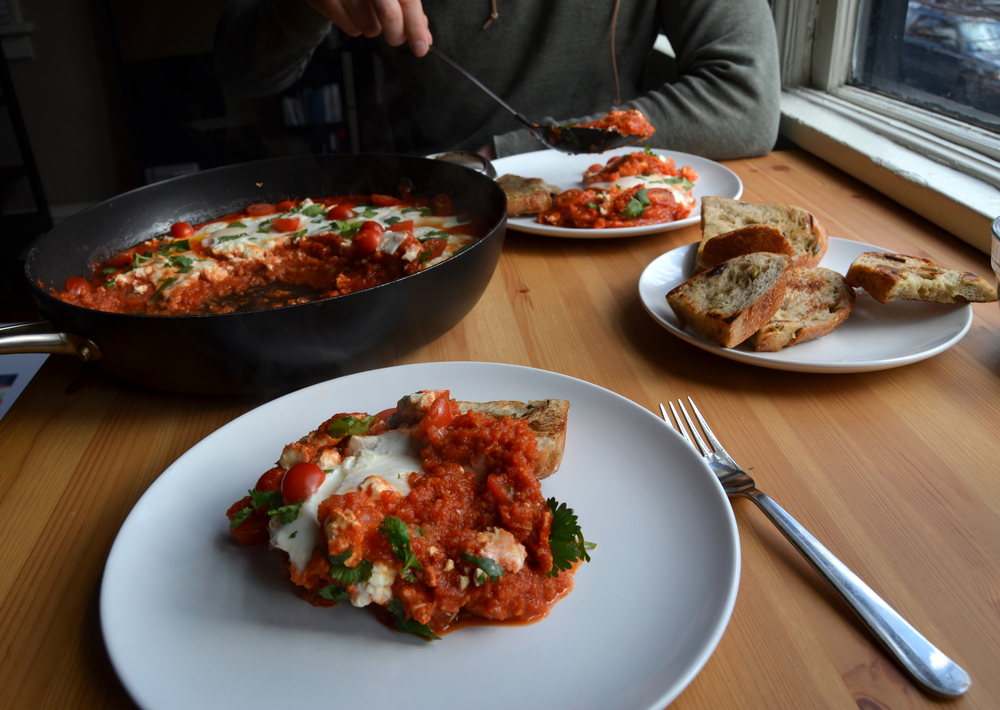 1) heat over to 350 degrees
2) heat a skillet over medium heat add olive oil and saute onions and red bell peppers until soft, about 15 minutes.
3) add garlic, cumin, paprika, and cayenne and cook a couple minutes until fragrant.
4) pour in tomatoes, add salt and pepper to taste, and bring to a simmer until sauce has thickened, about 10 minutes
5) put everything in a food processor and puree until smooth. (we like ours like this, but if you prefer yours a little chunkier that’s great too!)
6) pour the sauce back in the skillet and take a spoon and make 6 little burrows around the skillet. Plop the 6 eggies in there, season with salt and pepper, and sprinkle feta around.
7) let bake in the oven until eggs are set, about 7-10 minutes.
8) sprinkle generously with cilantro and voila!

for the bread (the best part to pick up the sauce 🙂 )
we like a crusty french or sourdough. Cut into thick slices, dip in milk and slightly squeeze out the milk, season with salt and pepper, and crisp in a skillet with a little olive oil on medium-high heat until golden brown!