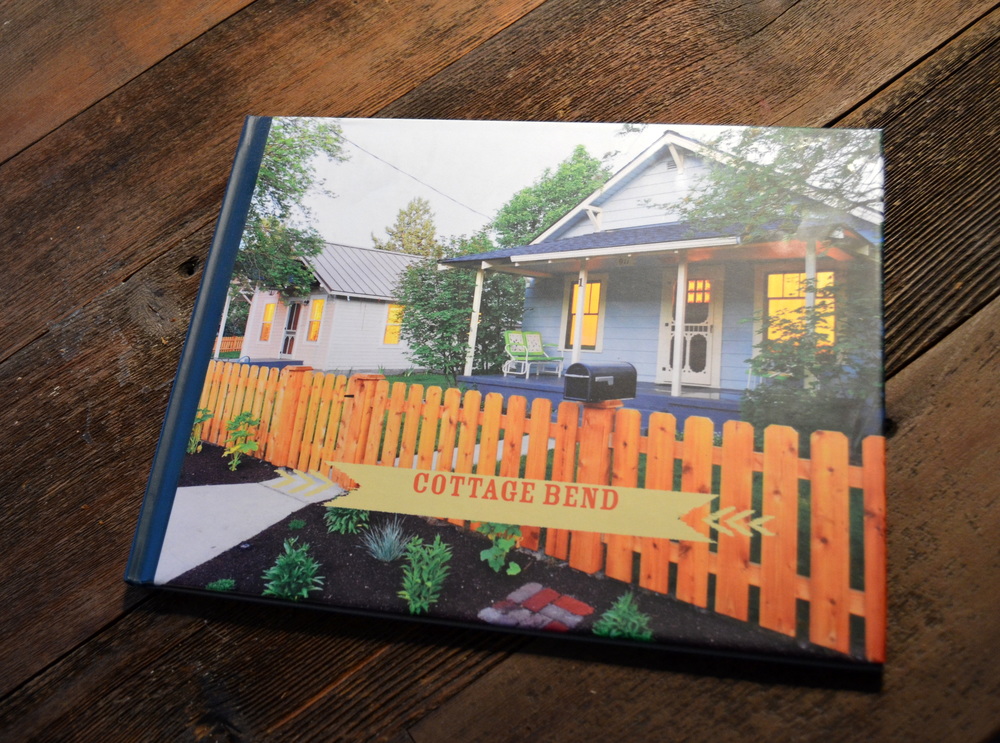 Don’t you love when you leave work on Thursday and know you have the day off the next day? Best feeling ever. Especially when it’s someone’s birthday and you’ve got a trip planned! Thomas turned the big two eight on Friday and we started the day off with eggs benedict in bed complete with a sparkler candle and all. Although it’s a very romantic thought, isn’t it hilarious when you actually try and do breakfast in bed?! Attempting to get the fork to your mouth in a hunched over position and egg yolk dribbling down your chin is quite the site. Next time we’ll go for an easy granola or parfait which would be a little more attractive i’m sure.

We hit the open road around noon to head to Bend Oregon! Bend is around 3 1/2 hours from Portland, but since we didn’t have snow tires we had to take the long way around the mountain to avoid the ice. We were amazed at how much the terrain changed with each passing city! Bend is high desert, so as we got closer everything started getting very..well deserty! At a few points in our drive we wouldn’t pass a single car for miles.

When we arrived in Bend, we checked into the cottage I found on airbnb. It was one of the coolest airbnb’s we’ve stayed in so far! Everything was to a tee. A hot tub, complimentary bikes for the weekend, a fire pit, and everything was decorated inside of the cottage perfectly. Of course the first thing we noticed was the kitchen. It had this amazing retro baby blue Smeg refrigerator and the coolest old school stove. 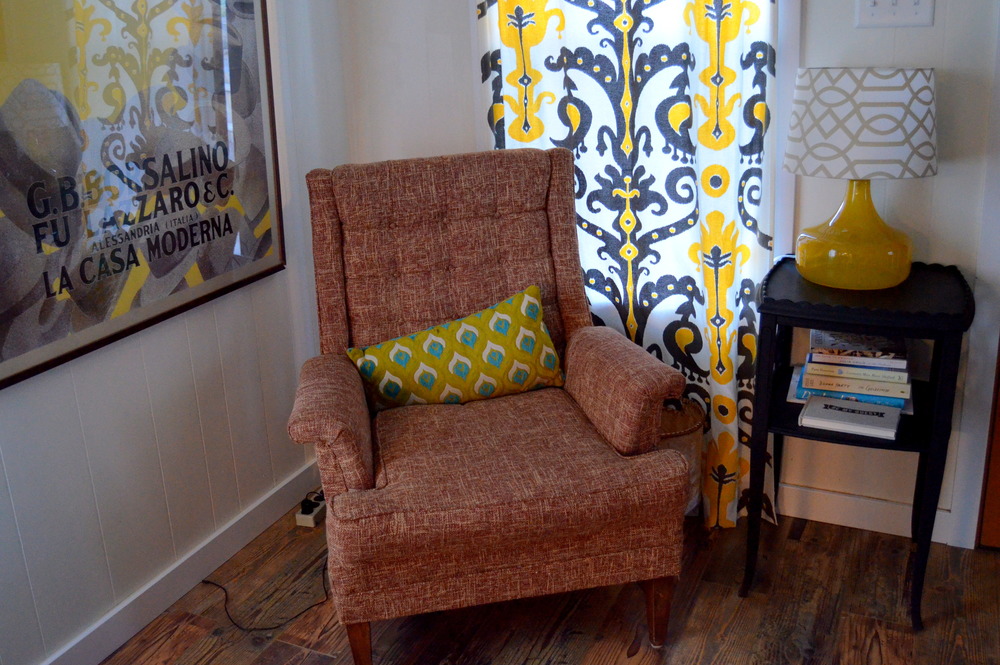 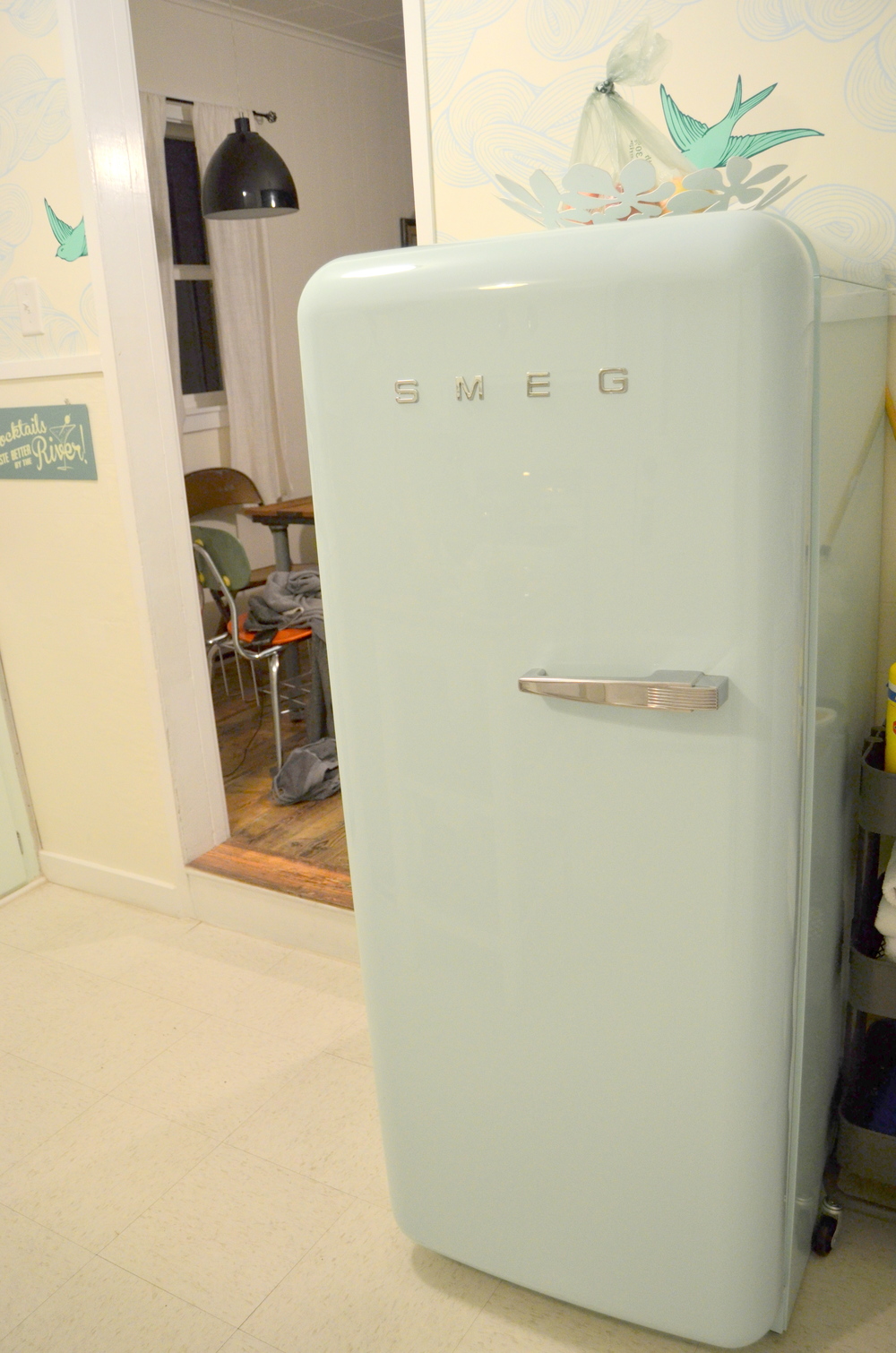 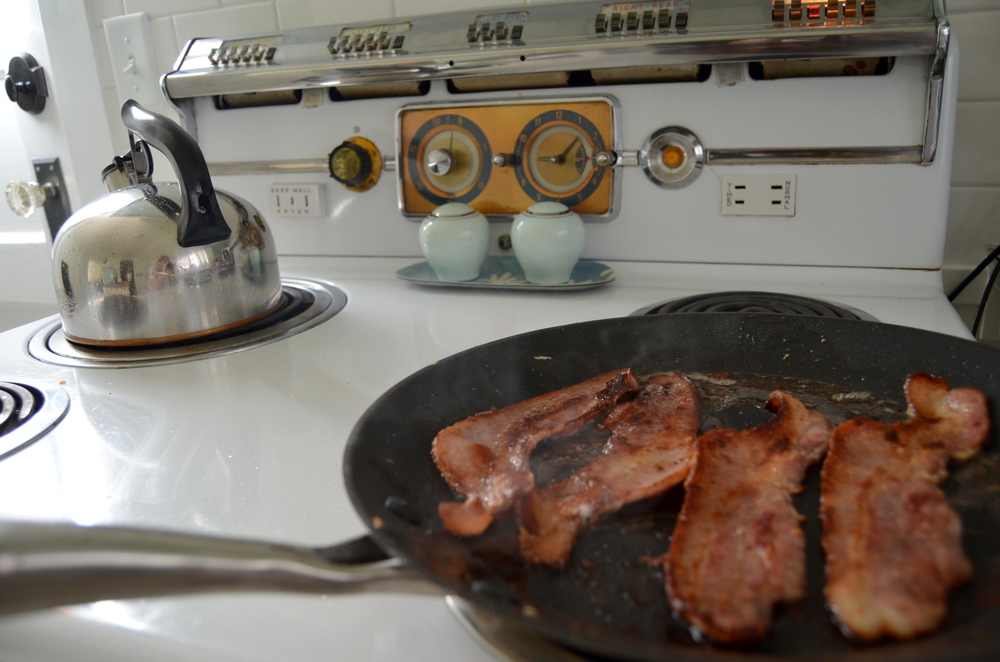 The first night we wanted to just stay in and relax, so Thomas cooked the most amazing mussels. Thinking about sopping up the broth with a piece of crusty bread is making my mouth water right now just writing about it. Don’t get me wrong, the mussels are delicious in themselves but the broth is what matters! If you put fennel, garlic, ginger, lemongrass, chili, white wine, and heavy cream together magic is going to happen. We’re the type that likes to just throw things together and see what happens, but I promise we’ll write down a concrete recipe to share with you soon! 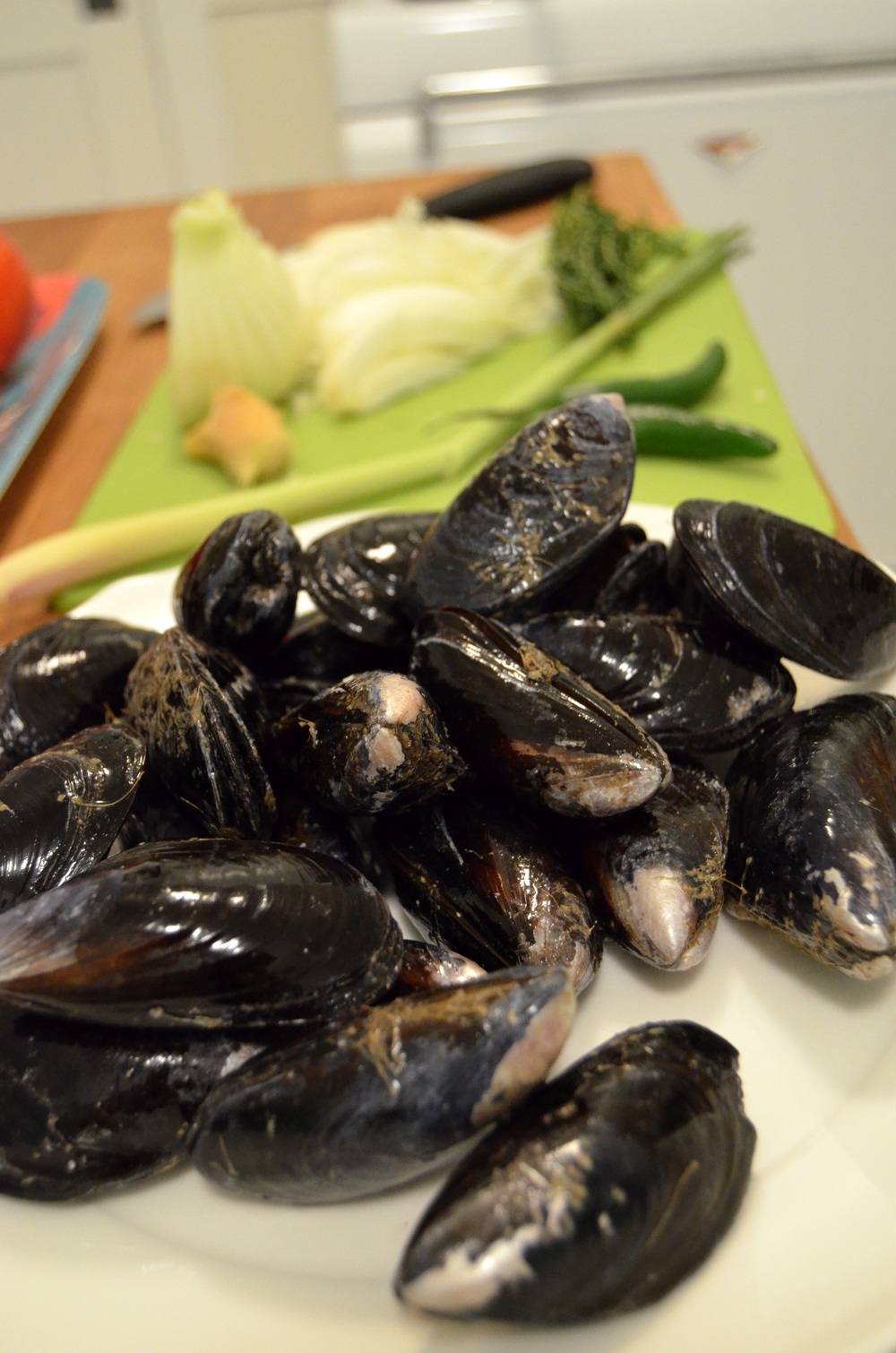 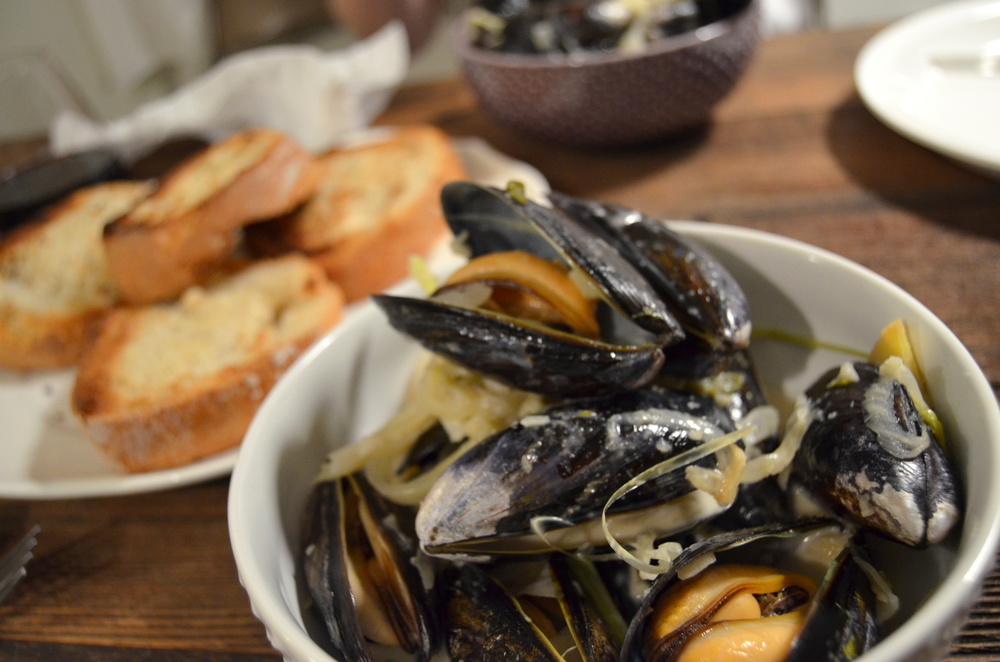 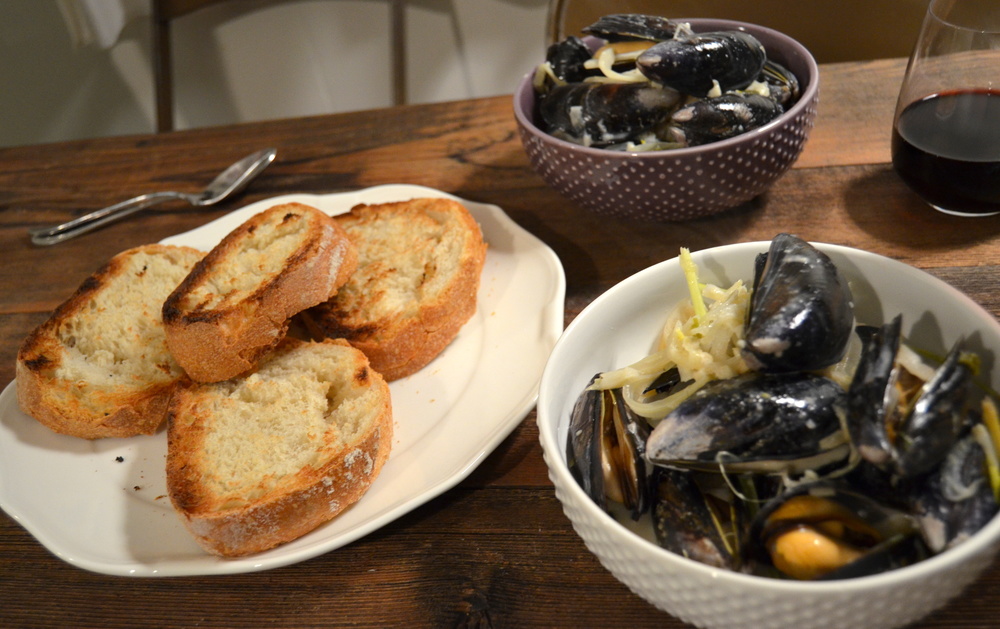 After we drank a bottle of wine and I dominated in Monopoly, we headed to bed for a big day of snowboarding on Mt. Bachelor the following morning. Mt. Bachelor was breathtaking! Although I didn’t see much of it since I couldn’t leave the bunny hill. I like to think i’m pretty athletic, but snowboarding was was a real bitch lol. Poor Thomas had to take off his snowboard multiple times as we’re going down the slope to help me. We had fun of course, but I was ready for a heavy dose of advil and a beer after that day. We went back to the cottage to rest up and refuel before heading out the breweries! We made it to 10 Barrel and Sunriver Brewing Company, both of which were great!

Every once in a while you need a weekend getaway, and this one by far was perfect. I’m definitely looking forward to going back to Bend this summer! 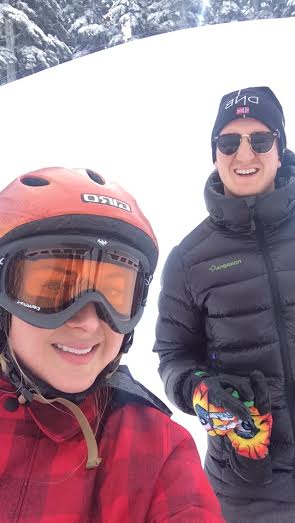 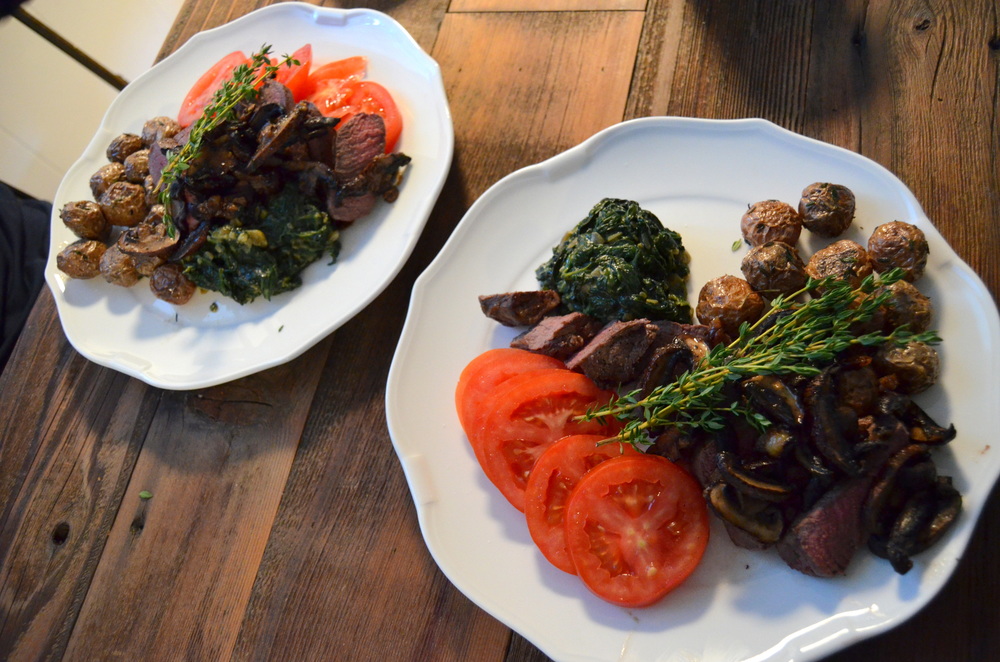 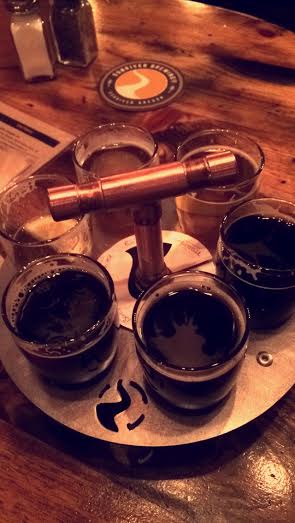