Wednesday’s are so good because you’re SO CLOSE to Friday, yet bad because you’re SO FAR from Friday. You’ve gotten through two days of early alarms, sleepy cups of coffee, wobbling ankles in heels at 6:30am (me every morning), and early work calls that just make you want to crawl back into bed with the covers over your head.

I make jokes, but there’s something so gratifying about having a routine. Once I’ve gotten out of bed in the morning and I’ve watched the morning news with a strong cup of joe, I am ready to rock! From Monday-Wednesday Thomas and I are usually pretty good about working out. After that it’s on the steady decline and barbells turn to beer bottles. Since we’ve been trying different classes at studios around Portland with ClassPass, we have definitely had some laughs. I honestly wish someone would secretly film us one day (actually just film Thomas) doing things like “pigeon pose” in yoga, trying to function on a pyrolates machine, and doing push-n-pulls in spin class! I seriously can’t look at him sometimes or else I burst out in uncontrollable laughter! Is their any fun workouts you guys like to do?!

In spirit of Wednesday’s and being half way to fri-yay, here is a healthy-ish salad that satisfies all of your “almost weekend” cravings.

This salad is on our menu at least a few times a month because it’s so quick and easy to throw together. I could slurp this avocado dressing with a straw and it’s just creamy and decadent enough to feel like a sinful Friday night meal. 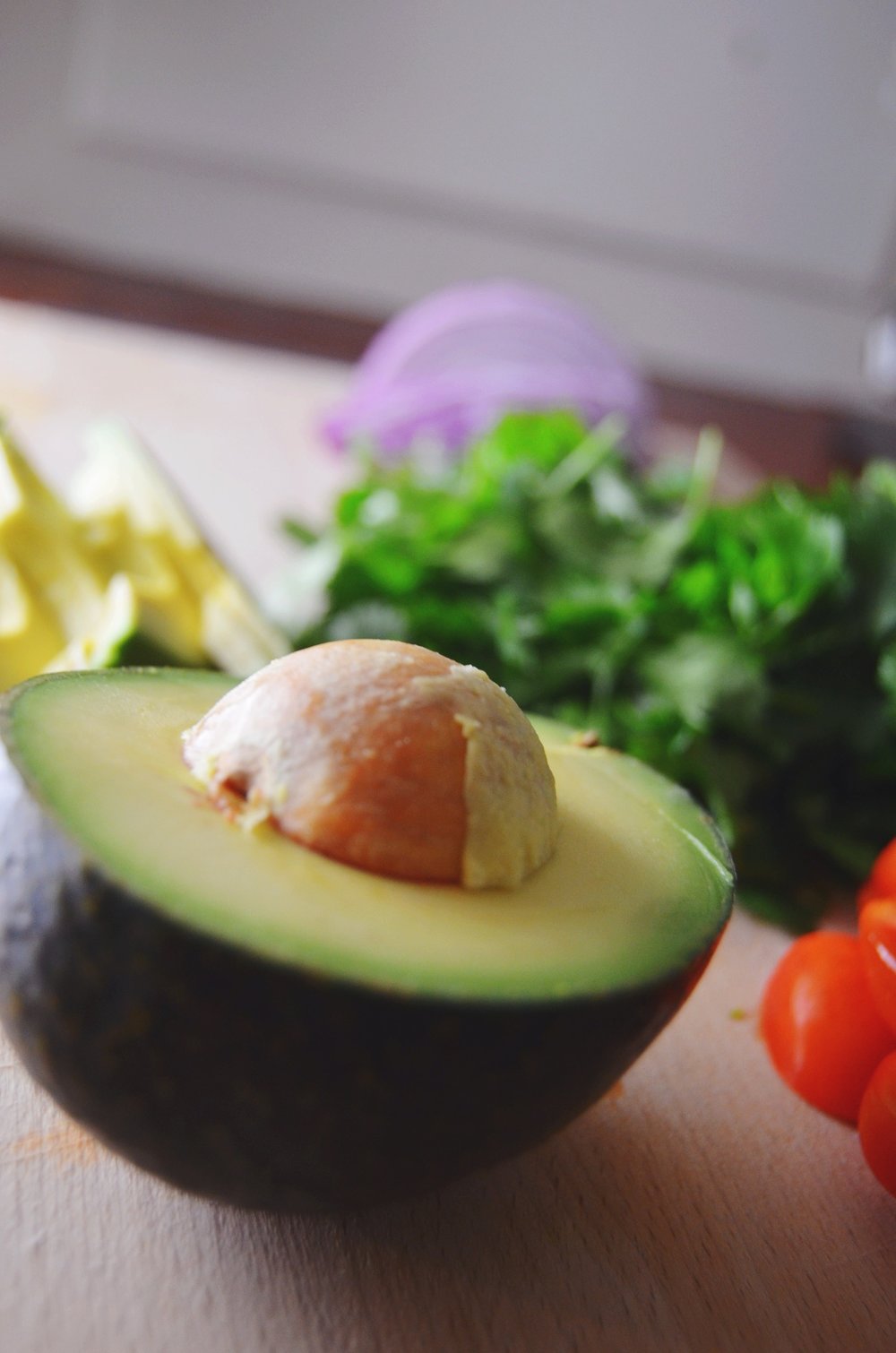 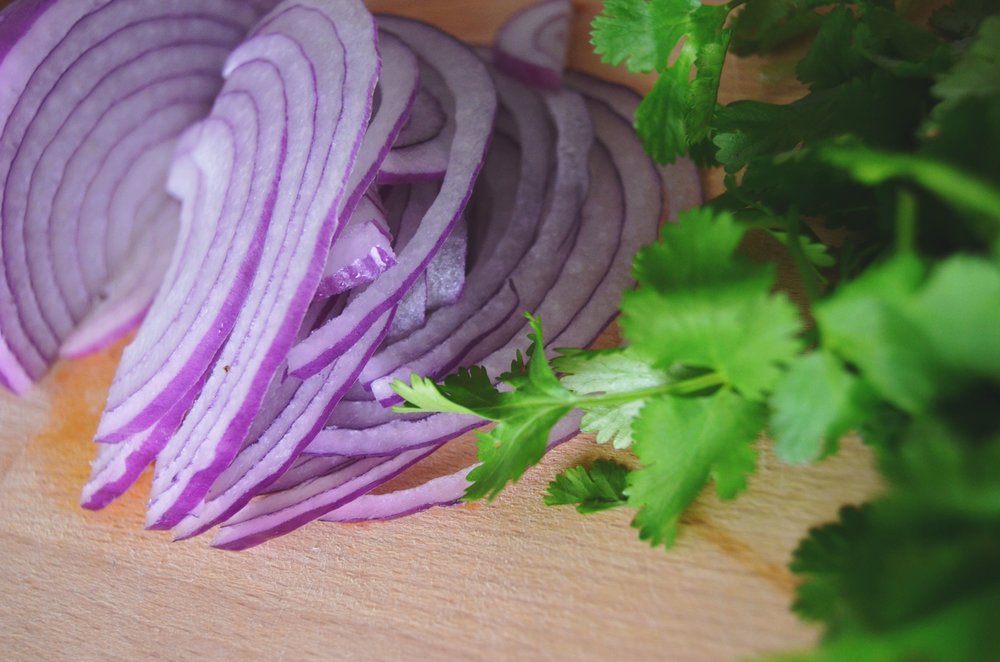 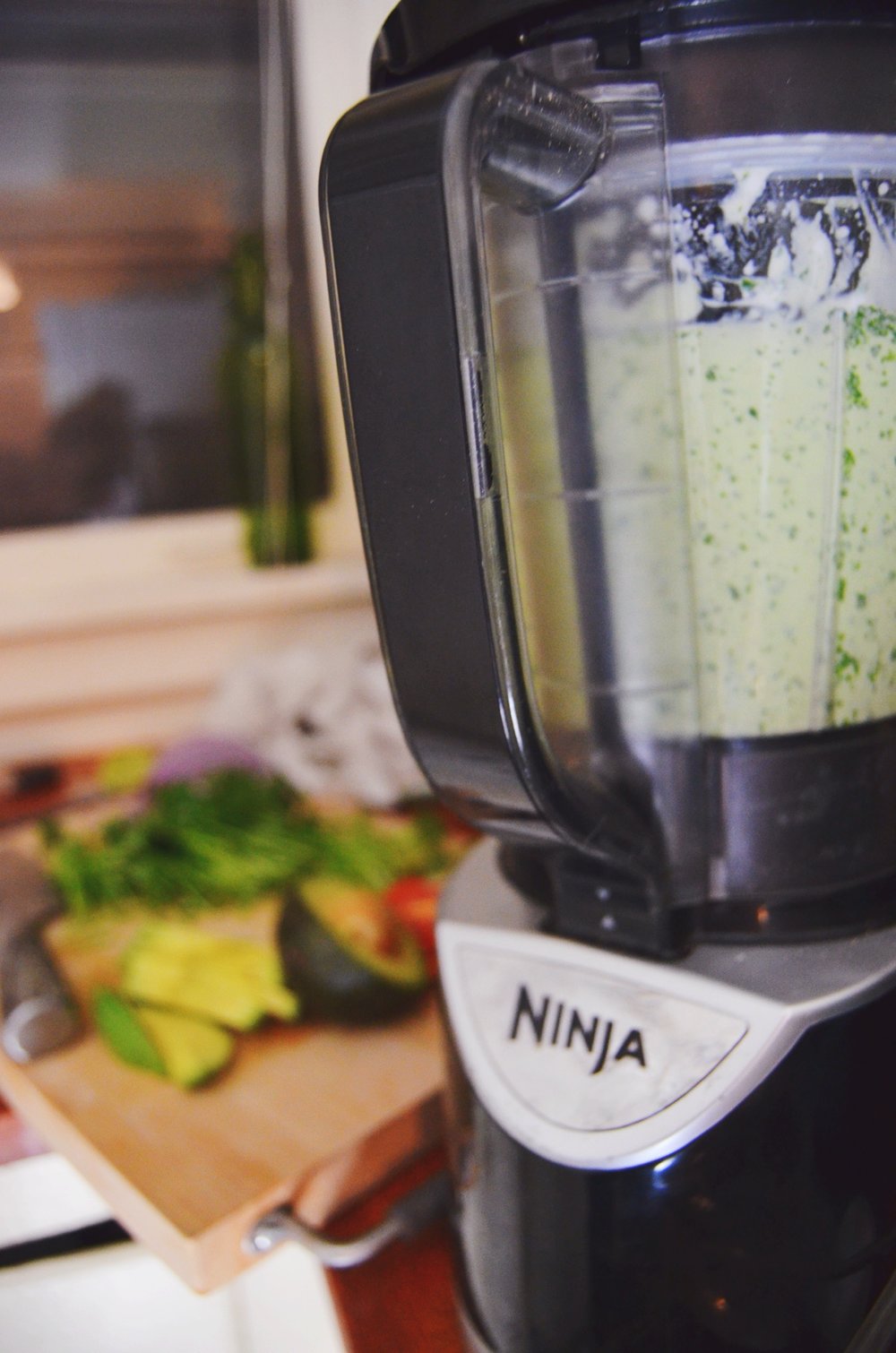 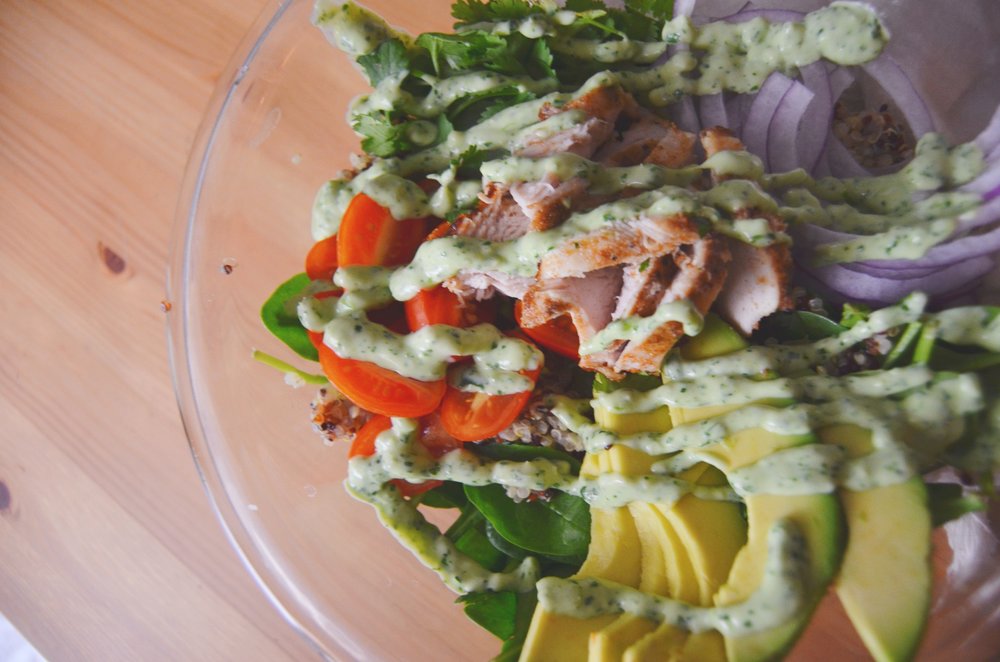 What to do
-Bring 4 cups of water to boil in a pot. Add a spoonful of chicken stock or just salt the water before adding the quinoa. Give a quick stir before turning the water to a low boil and putting the lid on. Let simmer until the quinoa has soaked up all the water and tender.
-While the quinoa is cooking, preheat the oven to 425 degrees.
-Mix 2 tablespoons of olive oil with cumin, chili powder, salt and cayenne pepper and rub all of the chicken breasts. On a baking sheet, wrap the chicken breasts in foil and bake for 20-25 minutes, until their done. Slice chicken into strips to serve.
-To assemble, place large handfuls of spinach in individual serving bowls. Top with quinoa, sliced chicken, grape tomaotoes, red onion, sliced or cubed avocado, drizzle generously with avocado dressing and finish the salad with chopped cilantro.