Do you realize that we are already almost done with the month of October?! WHAT IS THAT??!!
There’s so much left on my fall bucket list that I haven’t checked off this year. Apple picking, pumpkin patching, lounging in my Pj’s all day and having a Halloween marathon. I’m definitely going to be doing some of that this weekend. We have a party we’re going to on Saturday night so on Sunday I am anticipating an all-day pajama fest. We’re doing clown makeup so fingers crossed that it turns out! I’m going to practice on Thomas first… poor guy. Are you guys dressing up this weekend? If so please tell! You have to know by now that halloween weekend is one of my favorites of the year, so I want to know everyone’s costumes!

To stick with my crazy Fall/Halloween lady vibe, I should tell you that I’m totally squash obsessed lately…I know I know, that is probably a weird thing to say and probably  even weirded that I would be obsessed with squash but it’s the truth. In all of it’s colorful, creamy, belly-filling glory it has been a component to most of our meals as of late.

We roast it, mash it, purée it, slurp it, put it in our smoothies…kidding. But maybe that’s a good idea! This moroccan butternut squash soup is EVERYTHANG you want for a satisfying meal. It’s such a healthy soup yet feels like you’re splurging! It tastes like it has so much cream but it’s just the silky butteriness of the squash mixed with the coconut milk. I made this one that was similar last year, but I love how this recipe is jazzed up with pomegranate seeds, goat cheese, and cilantro. I adapted this recipe from Half Baked Harvest! So, so good.

I hope you guys have an amazing halloween weekend! I’ll be around these parts sharing my favorite spooky treats from around the web – I’m also brewing up a witchy cocktail to share with you guys on Halloween day! 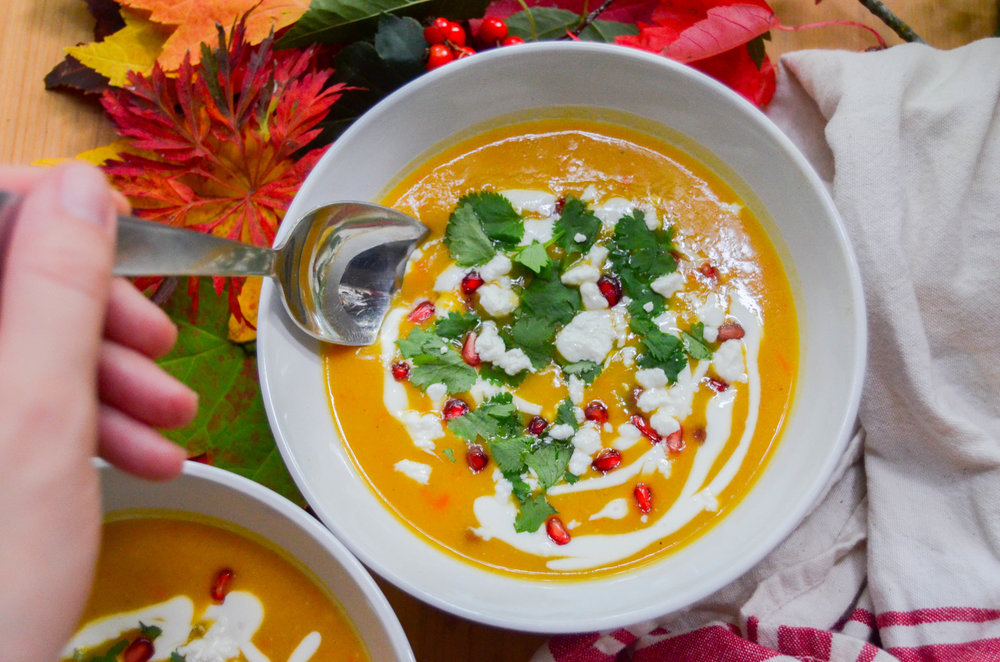 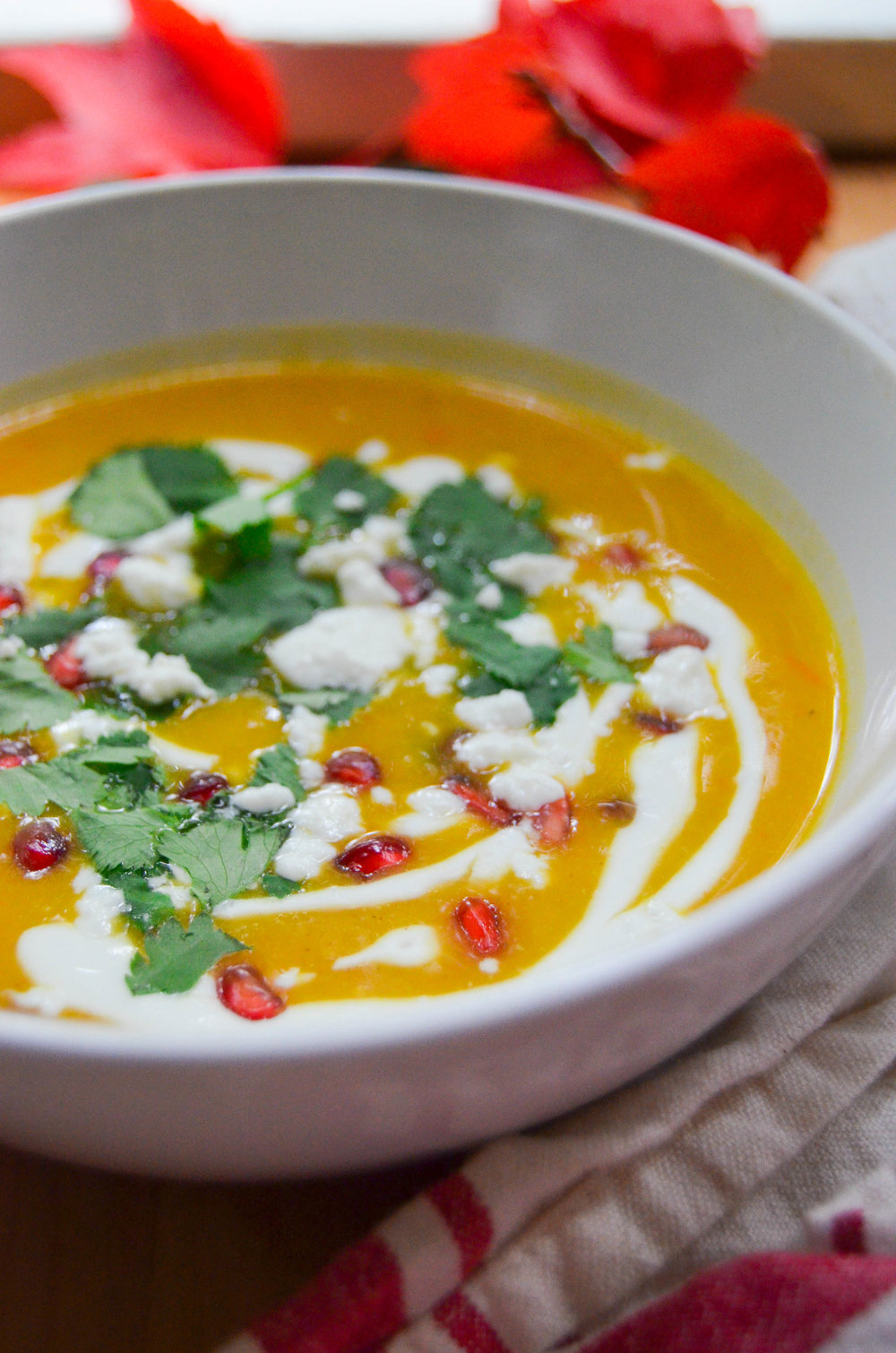 Note: I mixed sour cream with a little almond milk to make a thinned cream to garnish the soup. You could do this with coconut cream as well! 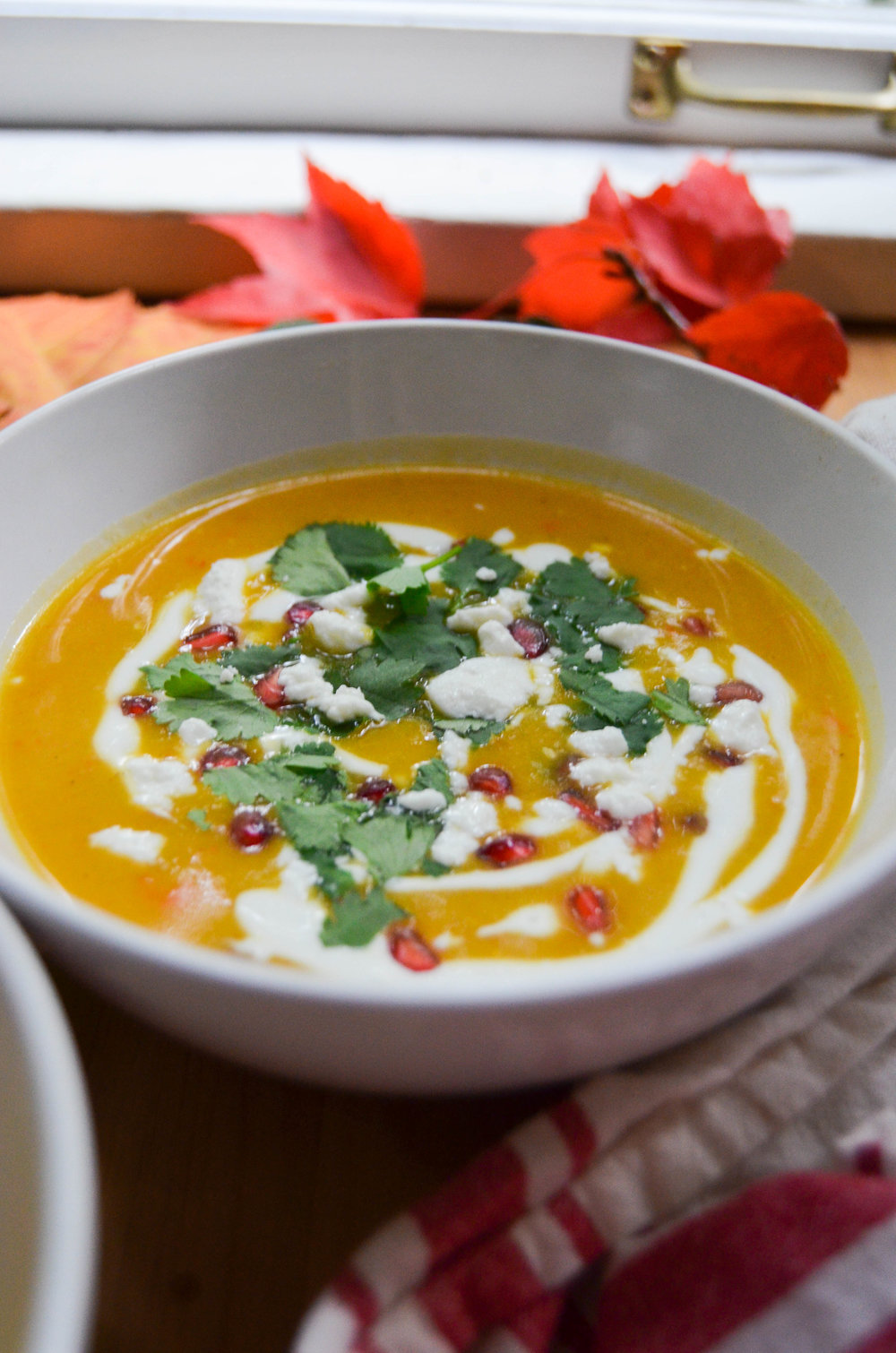