Tucked away in the Willamette Valley in Oregon lies the quaint little town of Carlton. Depending on the time of year, in the short one-hour drive for Portland, you’ll find yourself passing anything from lavender and tulip farms, fruit orchards, fields of berries, and of course world renowned pinot noir vineyards. The Willamette Valley has a long history of producing some of the best pinots in the world second to Burgundy. Tbh, although I like to think I have a exquisite tastebuds, you can give me a glass of anything that has been fermenting in barrels and I’ll be a happy girl. I say that but once I tried a great Oregon Pinot Noir I didn’t want to go back to Two Buck Chuck! (living a stones throw from Trader Joe’s makes that difficult ) 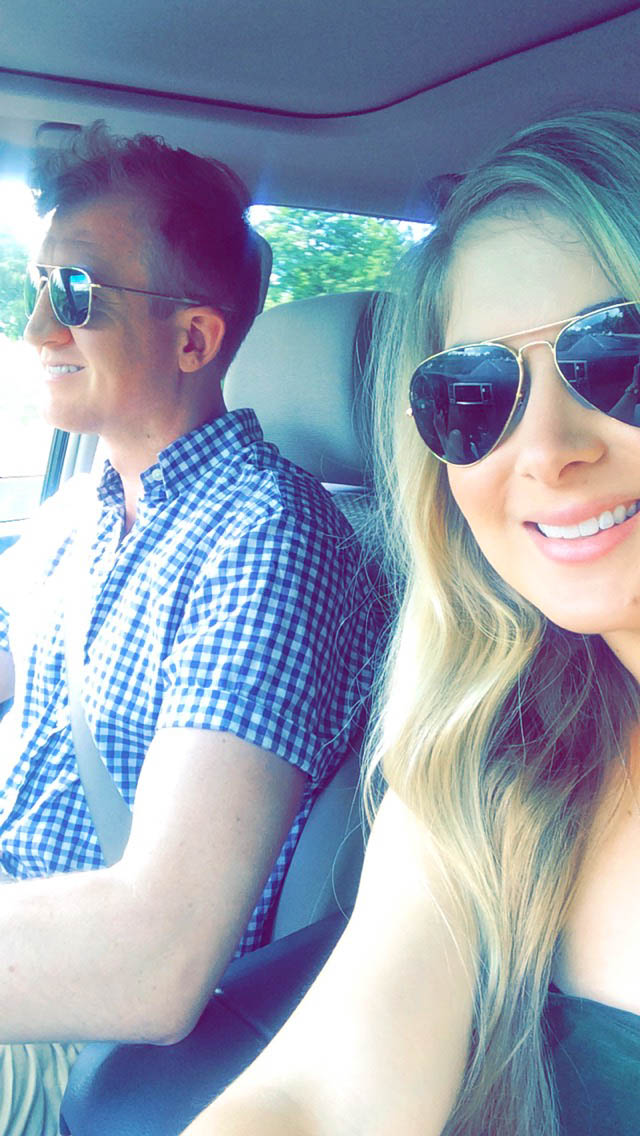 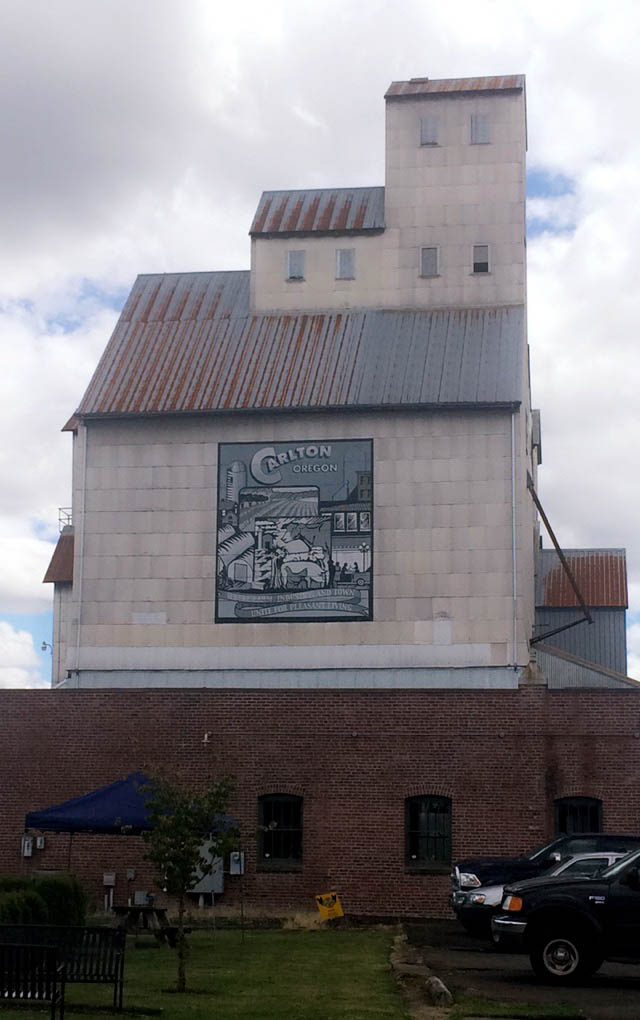 Once you’re getting close to Carlton you’ll really start getting into vacay mode, and it’s just far enough away from the city to feel like the perfect weekend getaway. Thomas planned this trip as a gift last year and it has been one of the most memorable weekends that we’ve had so far in Oregon. I have been a huge fan of Airbnb since we first tried it in Copenhagen two years ago and then in Seattle. For our Carlton trip, Thomas chose the sweetest little house for us to stay in. If you’re not familiar with Airbnb, you can either rent an entire house or apartment to yourself (preferred), or you can just rent out a room within someone’s house. Although I was skeptical at first to stay in someone’s house with them, it ended up being an incredible experience. Esther had just lost her husband a few months prior and wanted companionship and a little extra money to help out with their farm so she decided to start doing Airbnb. After we were first greeted by Geese and free-range chickens in the yard, we met Esther at the door and she showed us our quaint room overlooking her orchards and garden.

We then then proceeded to spend the first day wine tasting at Anne Amie Vineyards, which I should mention was a 5 minute walk from Esther’s. (double bonus points for Thomas for finding a winery and airbnb in walking distance 🙂 ) Anne Amie was a perfect start to the day with a $15 wine tasting and of course we had to have a charcuterie board for a quick snack before we headed into town.

After we were fuzzy headed and full of brie and salami from Anne Amie, we headed to downtown to wine-bar hop along the strip. The “strip” does have 22 tasting rooms which is impressive but don’t be fooled – It’s no Las Vegas and that’s exactly why I like it. After several hours of hanging with locals at tasting counters we found ourselves in a little gem called The Horse Radish. We boogied down to jazzy country and oldies and were most definitely the youngest two by about 40 years and that’s perfectly alright with me.

We ended with a relaxing dinner at Cuvée which is the cutest little French bistro in town. We got back around 10:30 that night, with purple teeth and wide grins, and found Esther in the kitchen cleaning up from the day’s work and preparing snacks for the morning. We stayed up what felt like hours talking about life, reminding me the beauty of traveling to new places and meeting new people- even if it is only an hour from home.

In the morning we woke up to quiche, fresh eggs, tomatoes from her garden, and the most amazing homemade granola I’ve ever had. It was the perfect ending to our stay on the farm. With a copy of Esther’s granola recipe in tow we said our goodbyes and made our way back to Portland.  Every-time I pull out that honey-stained piece of paper it puts a little smile on my face and makes me think of Esher. Scroll-down for her recipe and a link to her listing on Airbnb! 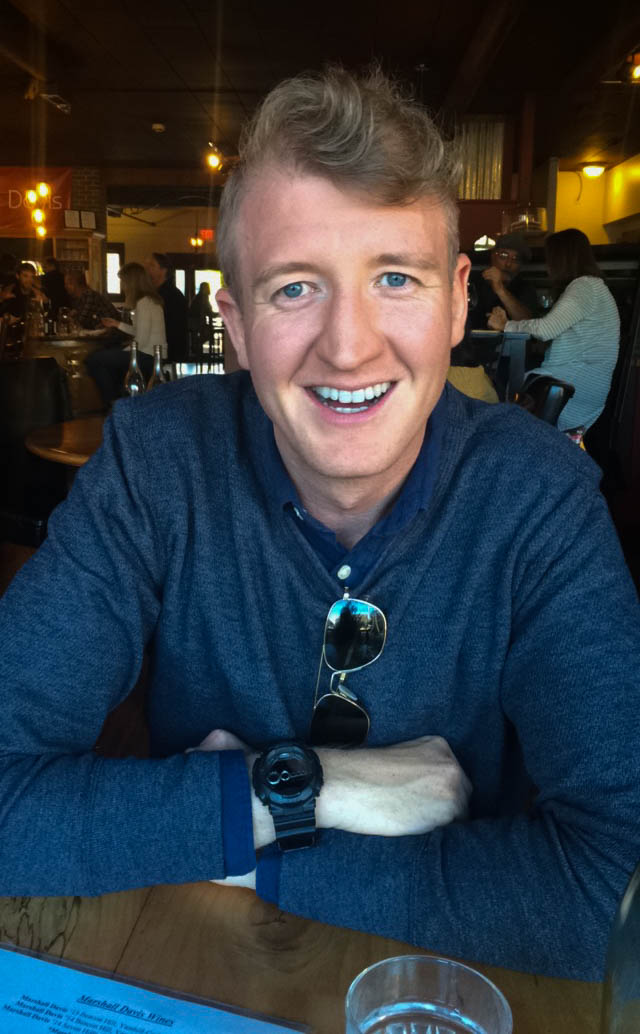 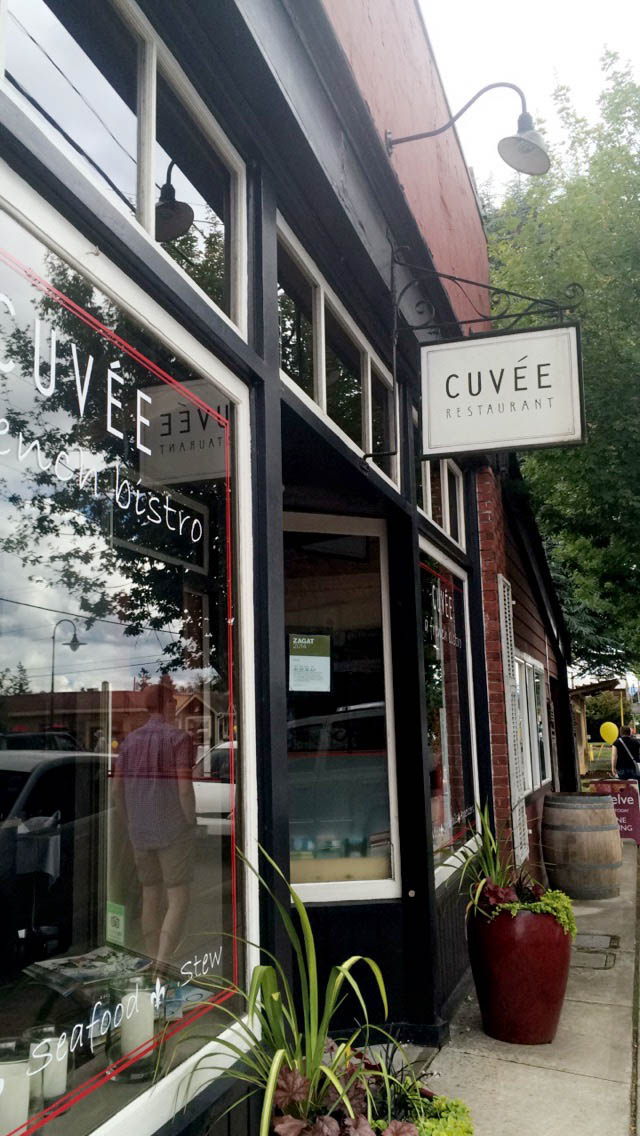 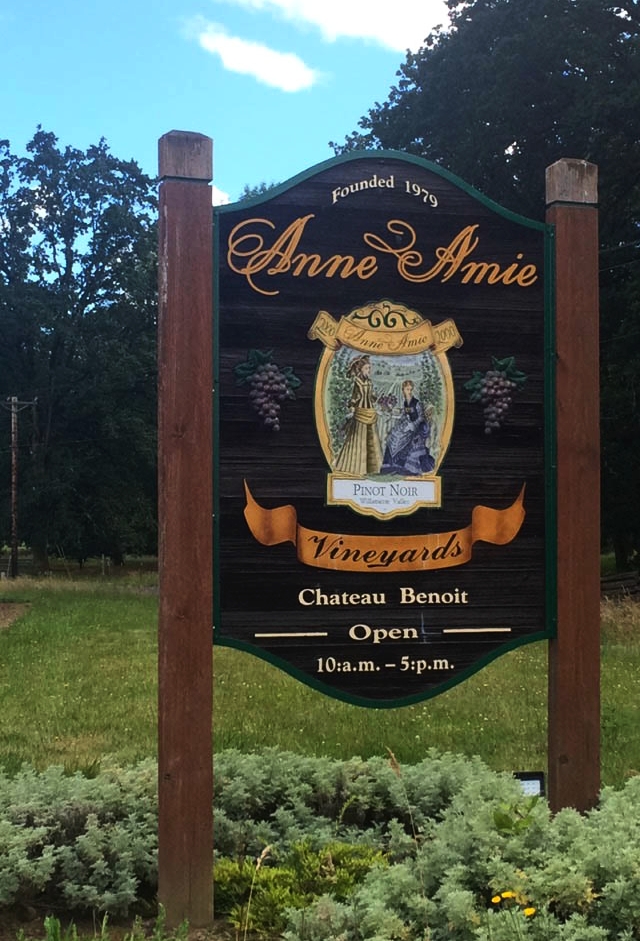 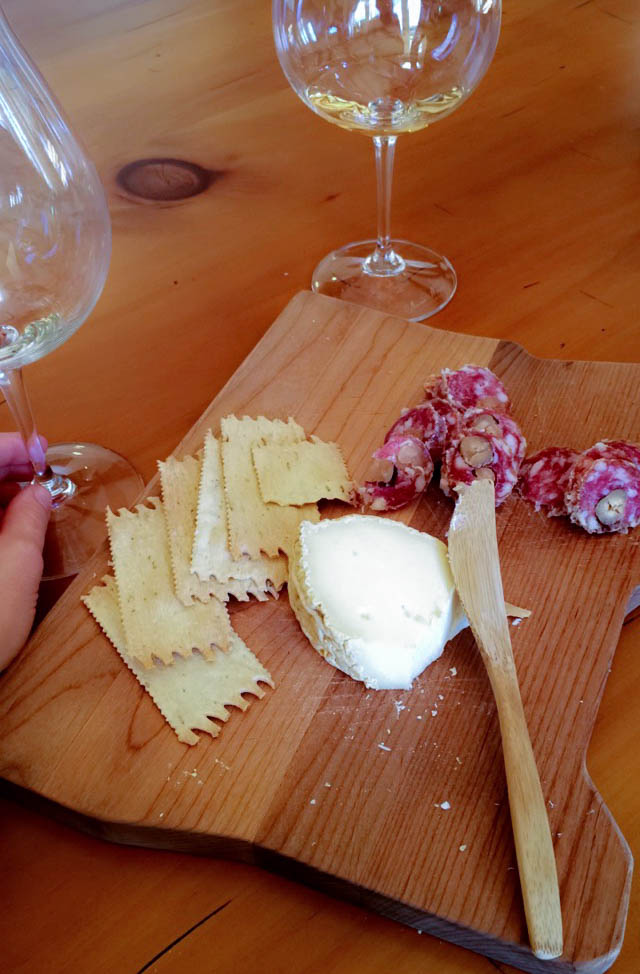 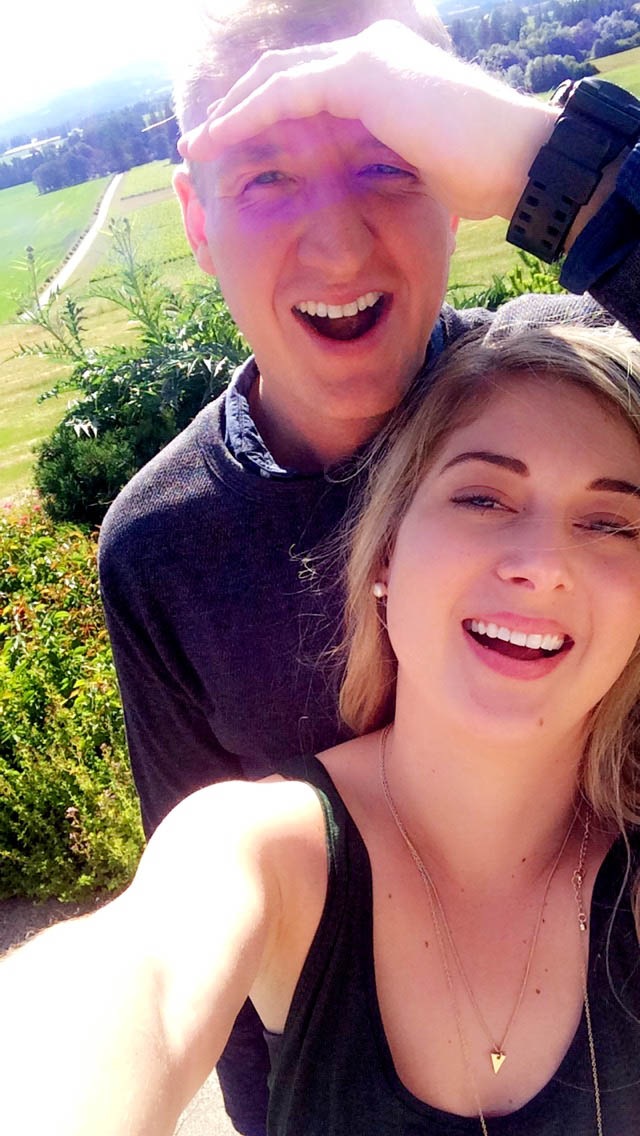 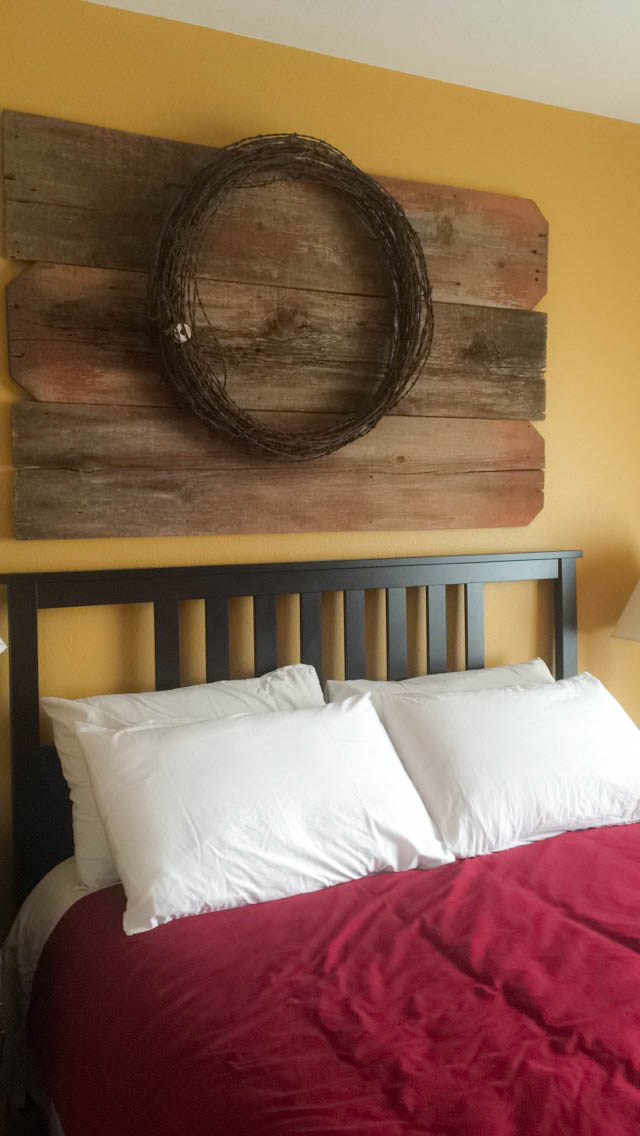 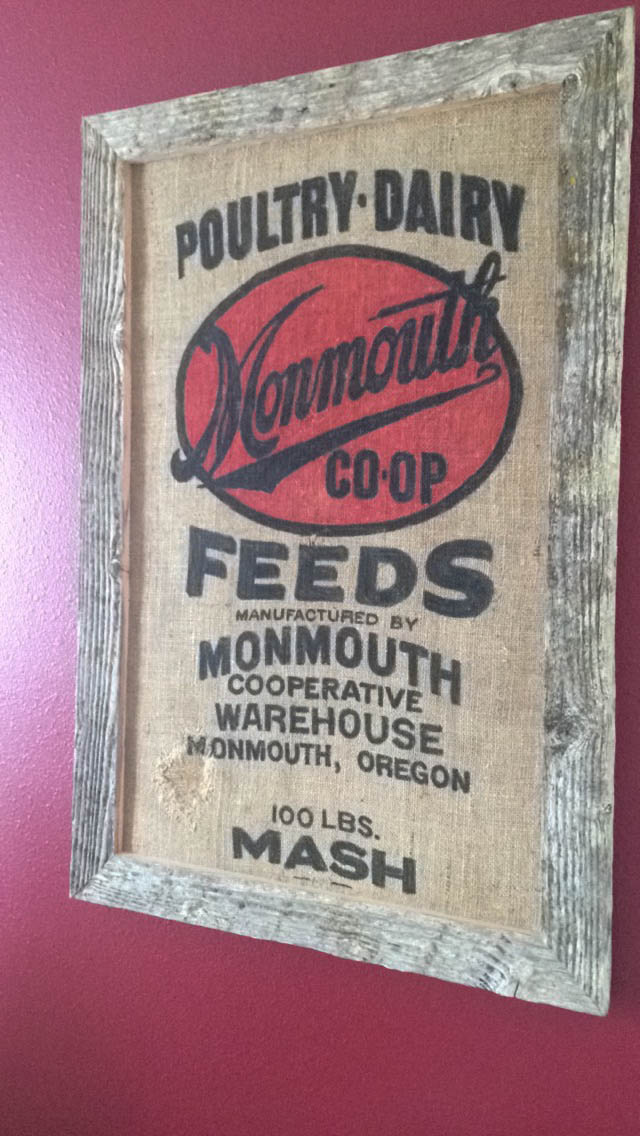 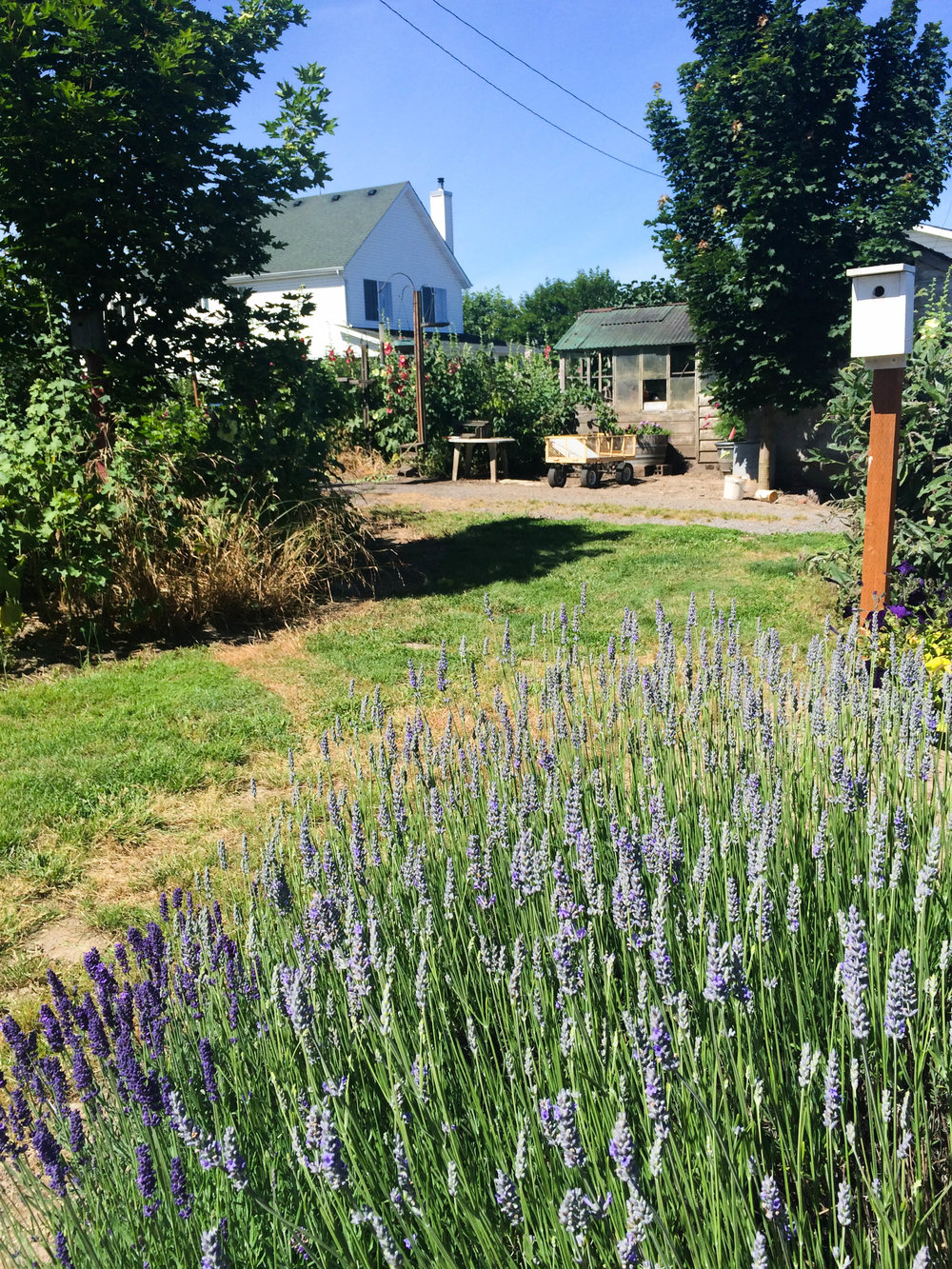 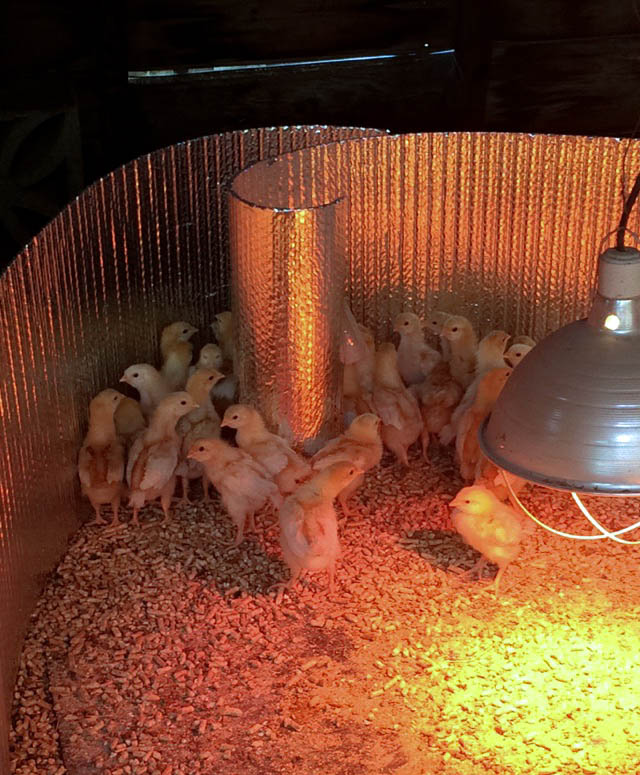 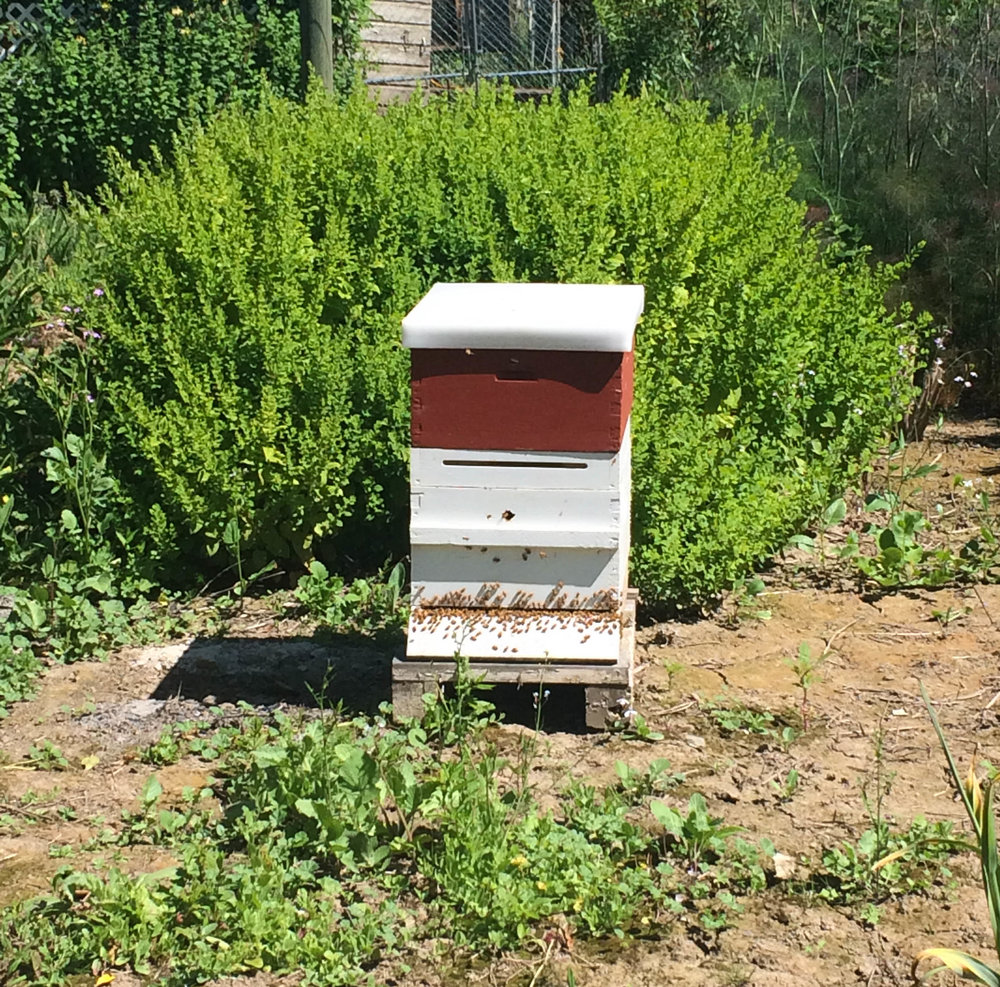 Here is the listing if you want to stay at Esther’s farm and spend a weekend in wine country! 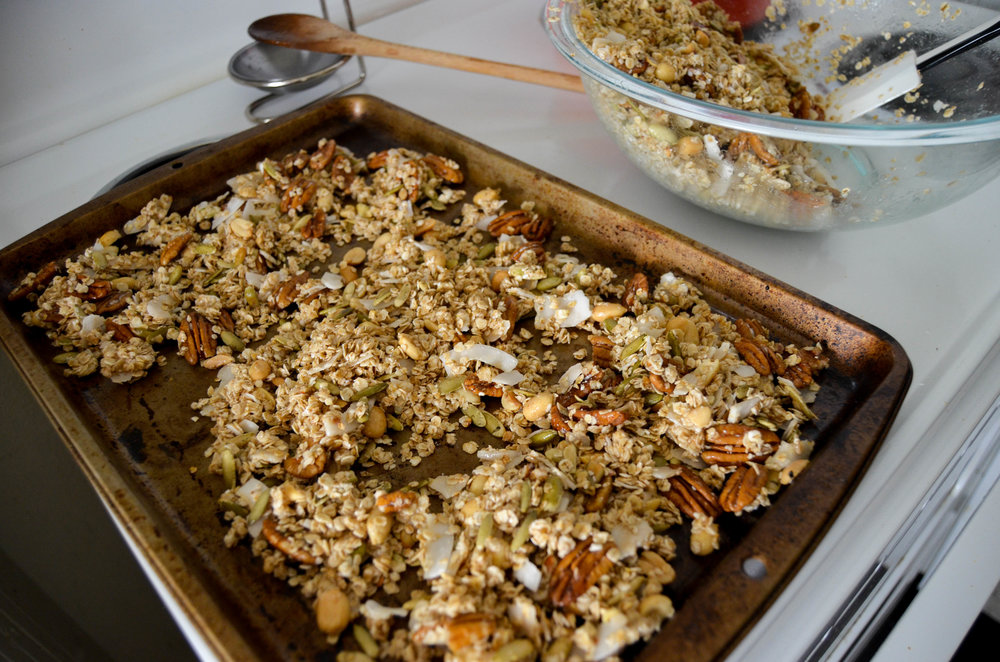 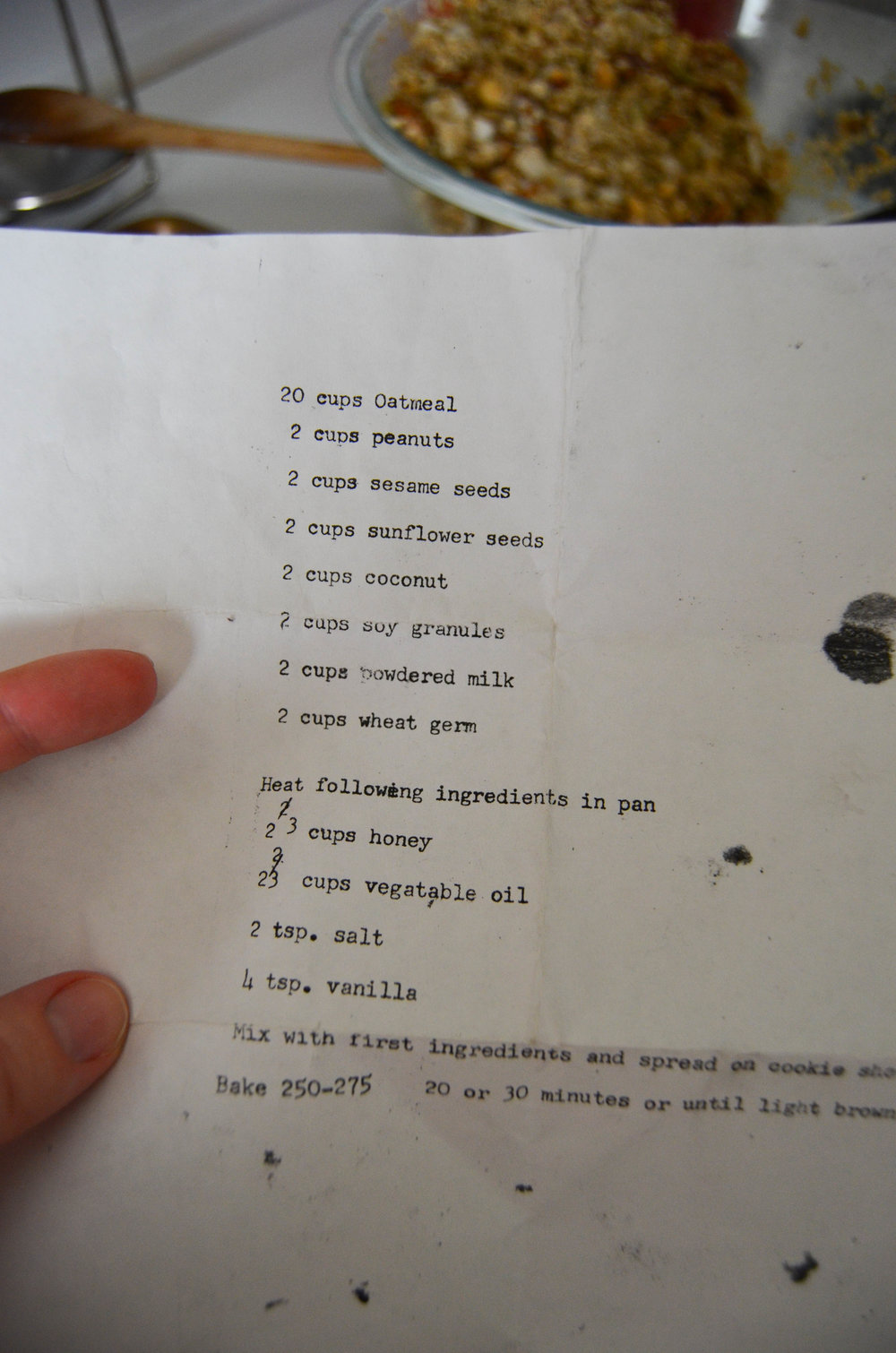 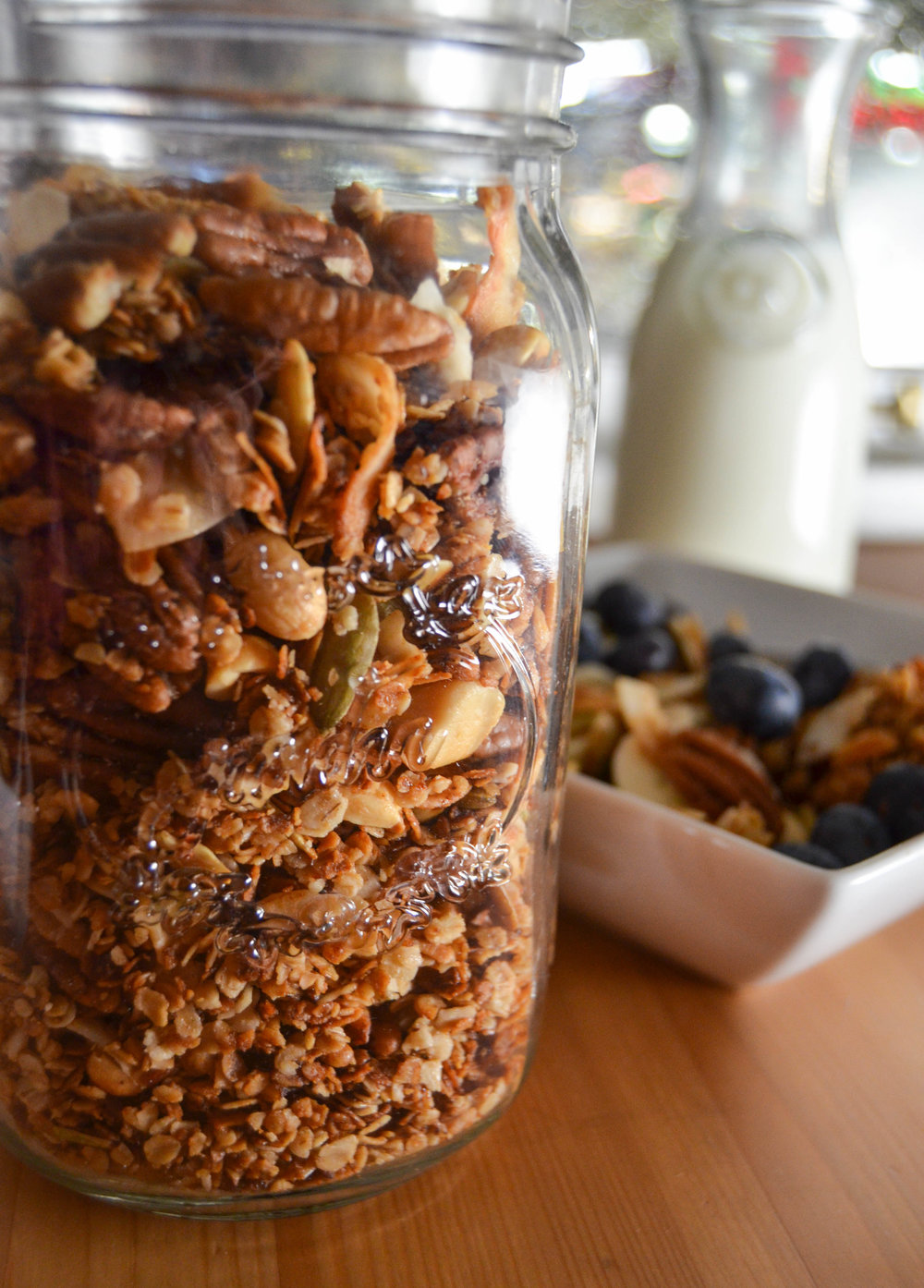 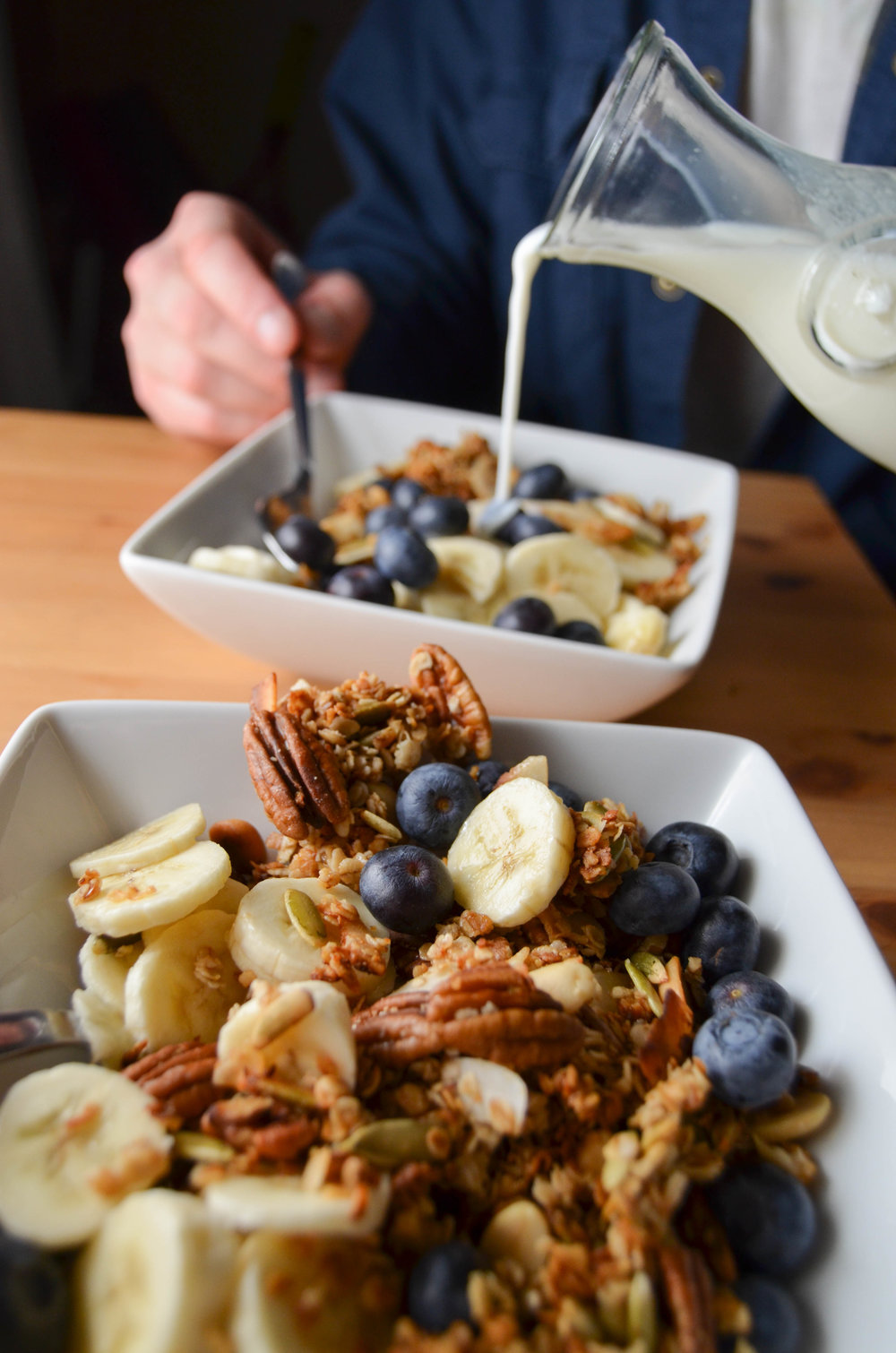 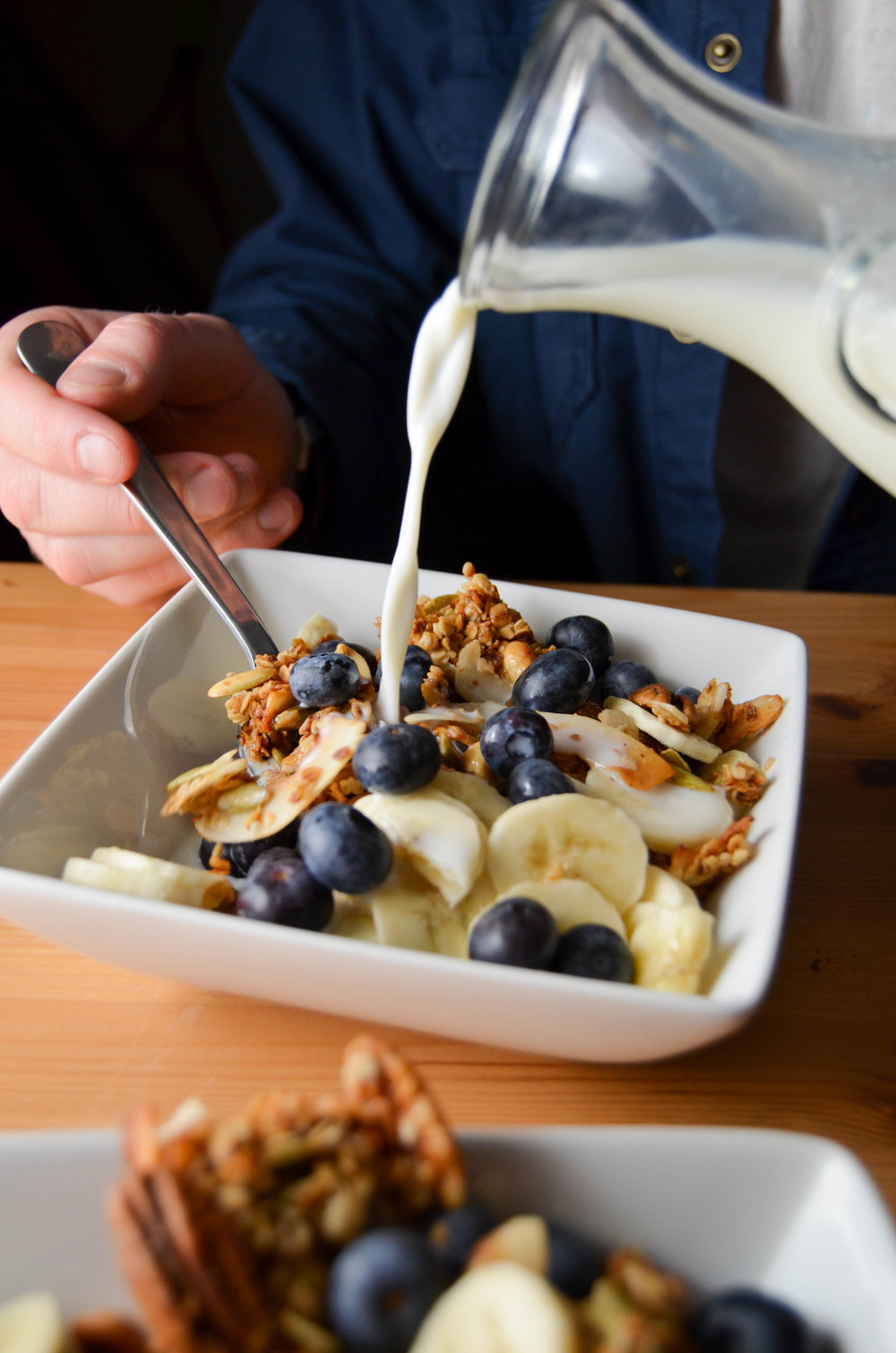 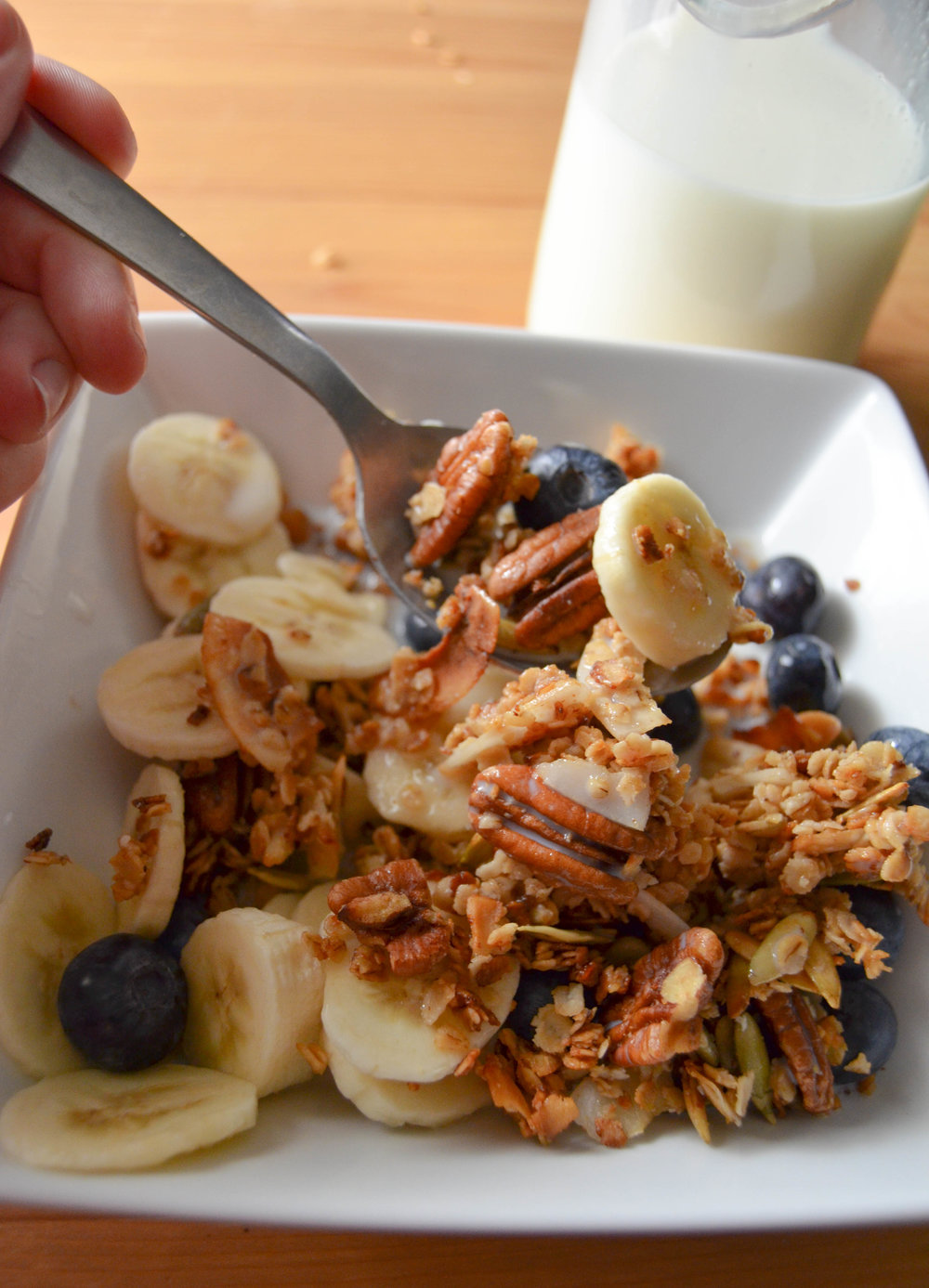 Esther’s Granola
(Original recipe uses 20 cups of oats! you can tell Esther feeds a crowd. I cut this down a lot, and I also can never find wheat germ or soy granules, so the recipe below is a little modified)
ingredients
-5 cups of oats
– 1/2 cup peanuts
– 1/2 cup pecans
-1/2 cup sunflower seeds (I used pumpkin seeds)
-1/2 cup coconut flakes
-1/2 cup powdered milk (I use powdered coconut milk)

what to do
-Preheat oven to 250-275 degrees (130-140 c)
– In a large bowl mix oats, peanuts, pecans, sunflower seeds, coconut flakes, and powdered milk and stir
-pour in honey mixture and stir until combined
-spread out in an even layer on a cookie sheet (use two sheets if needed) and bake until golden brown about 20-25 minutes. Stir at the halfway mark to prevent burning.
-Let cool and then top with your favorite fruit, or just eat it as a snack on the go!