Can you imagine a world where it’s acceptable to go home every day and take a nap? Or a place where the sangria flows freely and the Jamón ibérico aplenty? Where you can eat patatas bravas for breakfast, lunch, and dinner with no judgement? That my friends, would be Spain.

After visiting several spots in Spain, there’s still so much of the country that I want to see with Thomas. On our bucket list is to go wine tasting in La Rioja; Eat our way through San Sebastian, which has more Michelin stars per capita than anywhere else in the world; and throw tomatoes in Buñol at the  famous La Tomatina Festival! But until then, we’ve found our little slice of Spanish heaven in our neighborhood at Ataula.

Tucked away on a side street off of 23rd Ave and Thurman, lies what feels like Northwest Portland’s best kept secret. Ataula’s whole essence is characterized by how eating and drinking should be celebrated with friends and family – which is exactly the kind of place that I want to be on a date-night, or any other night for that matter. Cristina Baez and chef Jose Chesa bring a ‘Portland vibe’ by utilizing the Pacific Northwest’s seasonal goodies and creating dishes inspired by Catalunya and other regions of Spain.  Sharing multiple ‘small plates’ so we can try a little of everything is my jam and at Ataula, you can’t go wrong.

On our most recent date night we started off with sangria of course. Then the plethora of jaw-droppingly good tapas started coming to the table. We had cured salmon toasts, the best Jamón ibérico de Bellota, octopus carpaccio, more sangria, bacalao, steak tartare, wine, langoustine, more wine, and THE BEST DESSERT EVER. It’s a house made puff pastry, stuffed with house custard and dusted with sugar and spices. Do yourself a favor and order it no matter how full you are. 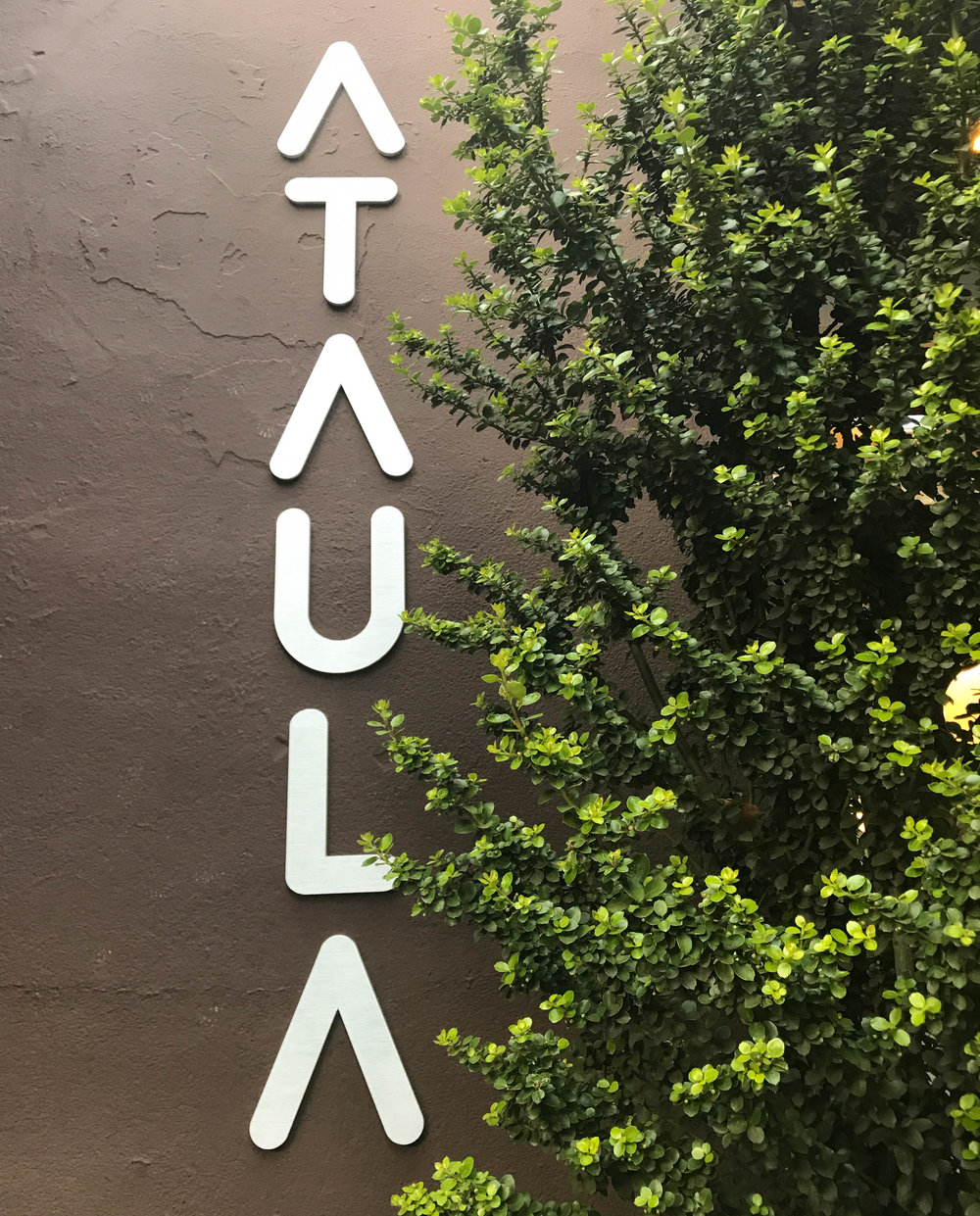 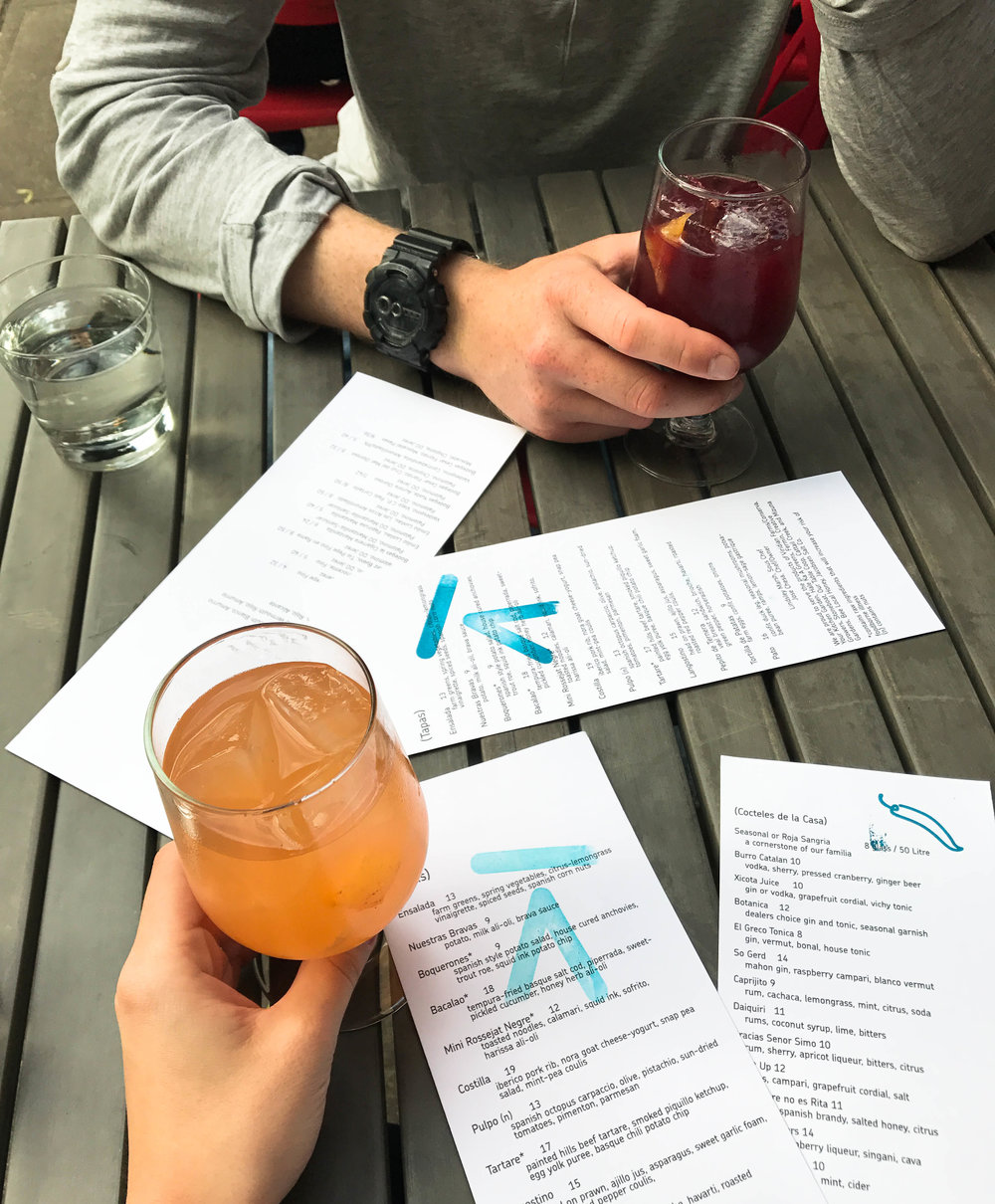 First we started with Sangria because duh, why wouldn’t you?! Thomas got the classic red sangria and I got a spicy seasonal sangria which was incredible. 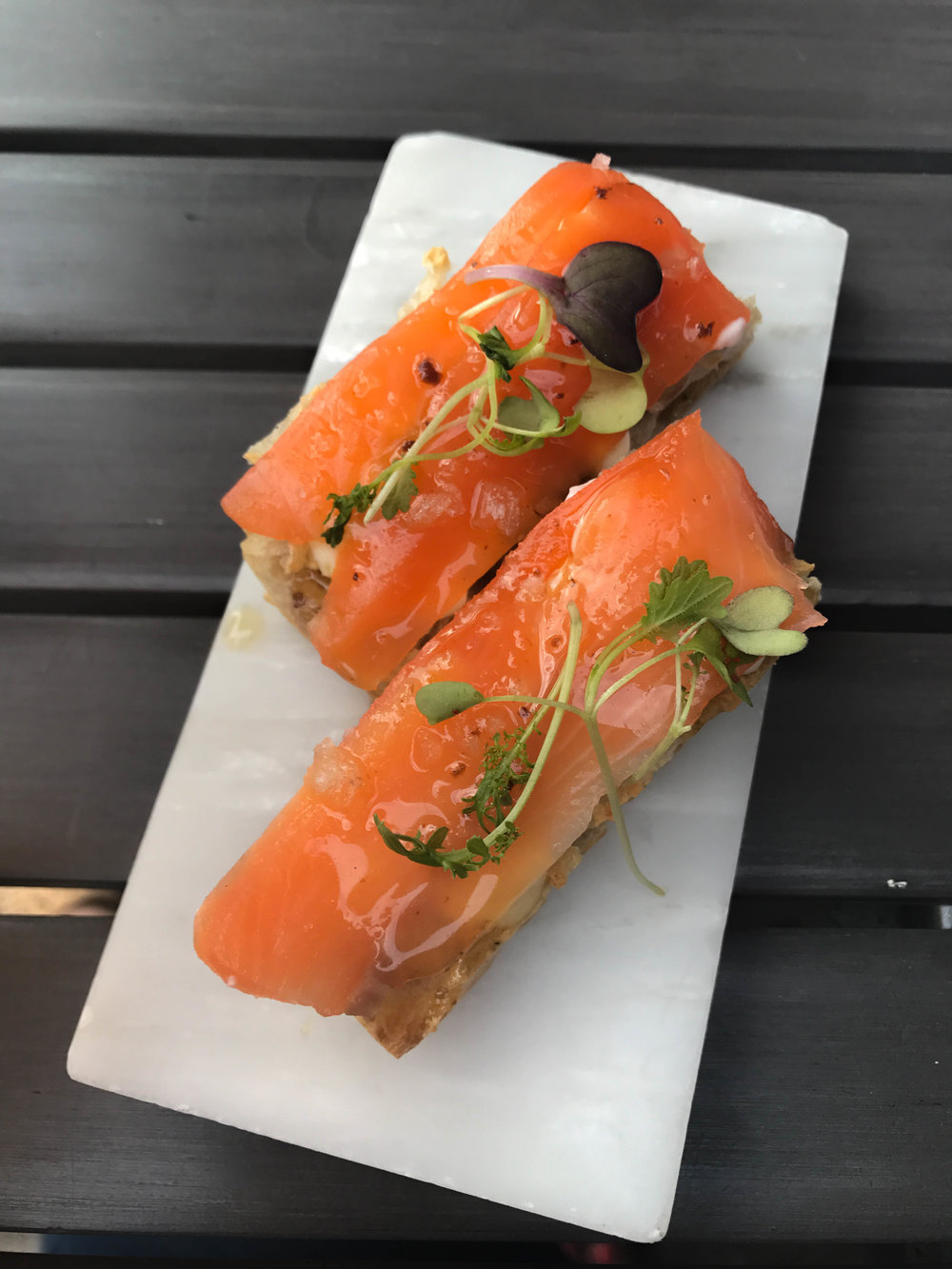 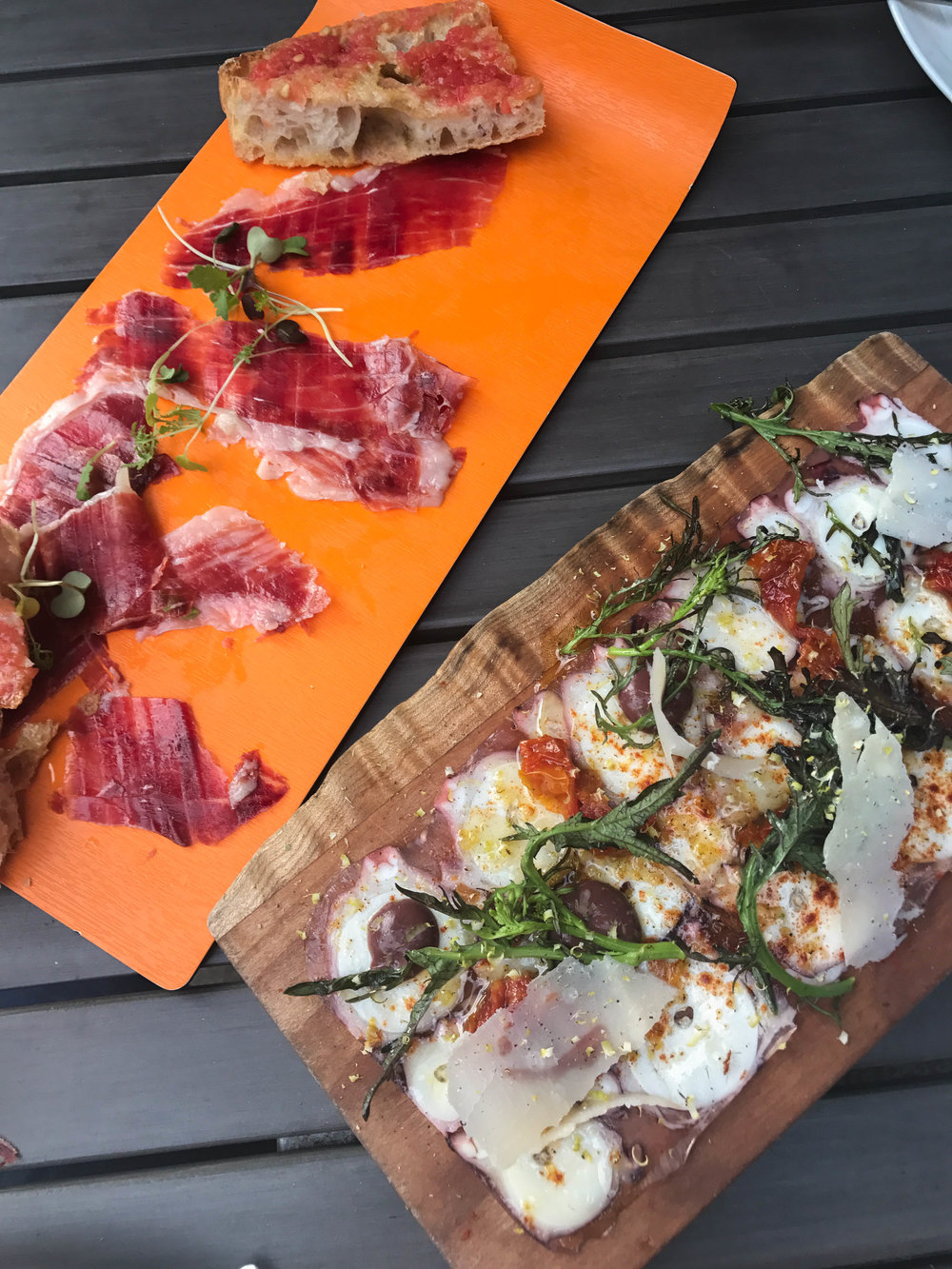 Also pictured above and below is the pulpo carpaccio, made from thinly sliced octopus. 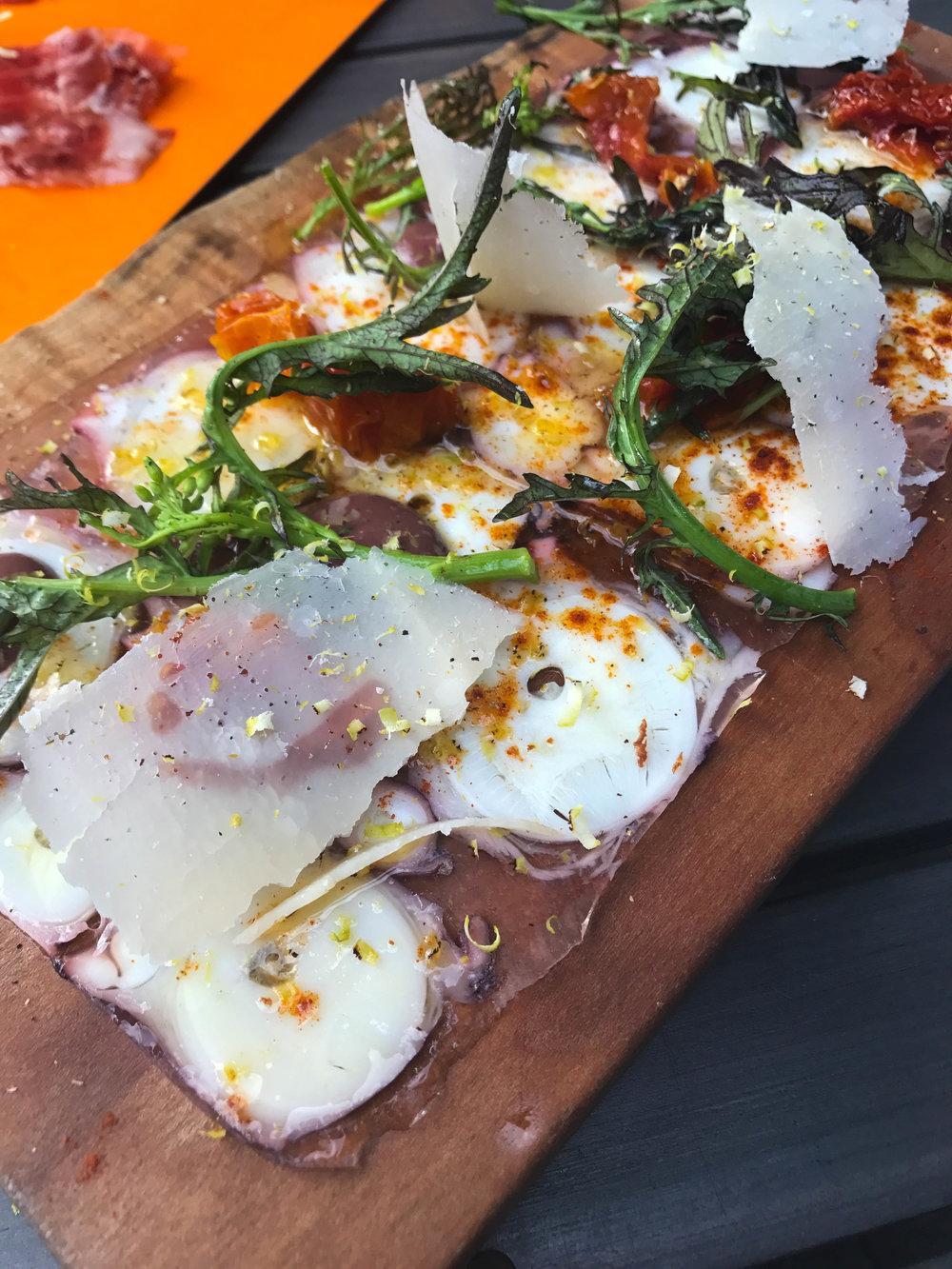 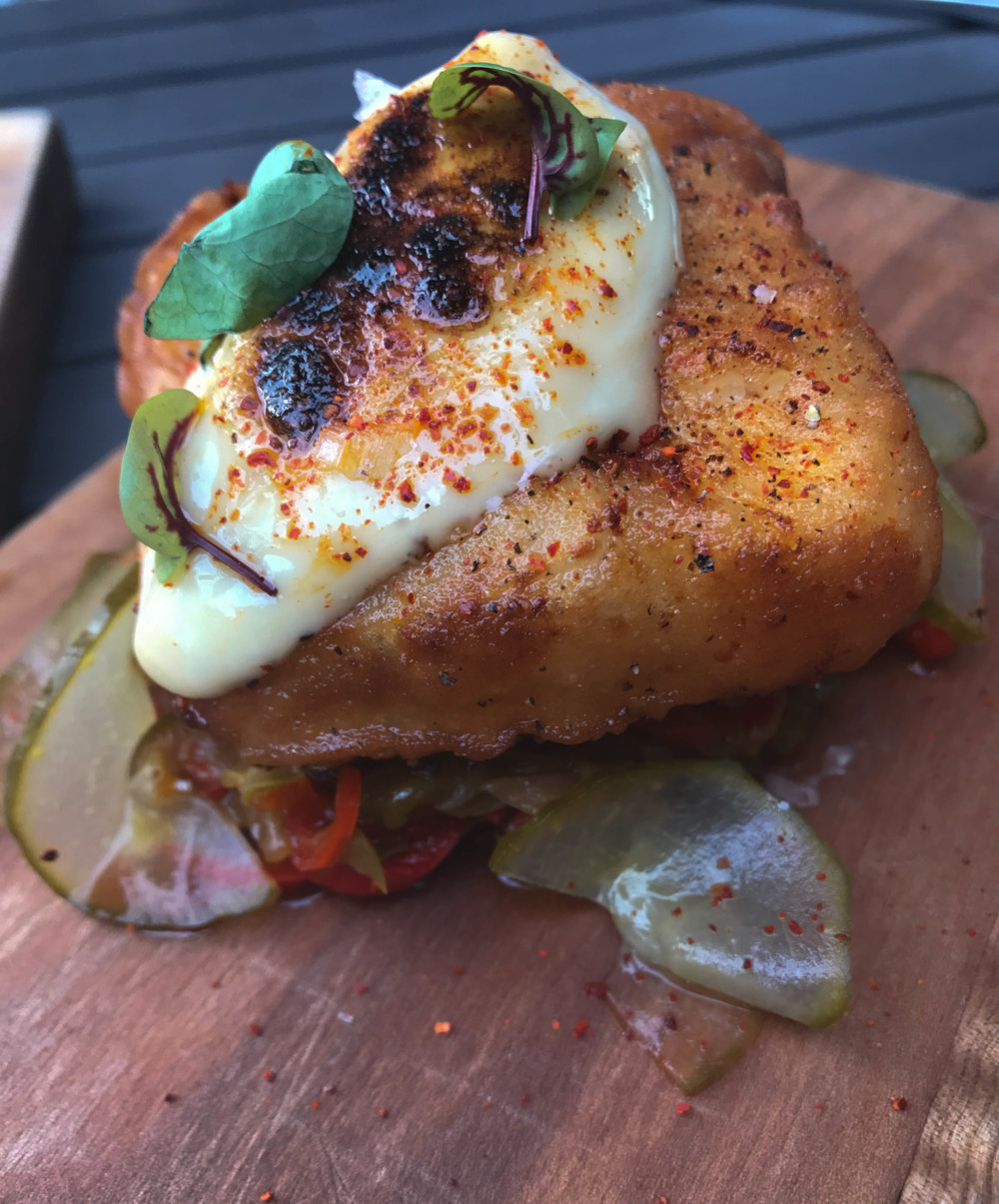 Above- Bacalao – a dried salted cod which was AMAZING. I’ve had bacalao in Norway, so it was neat to see the Spanish version. 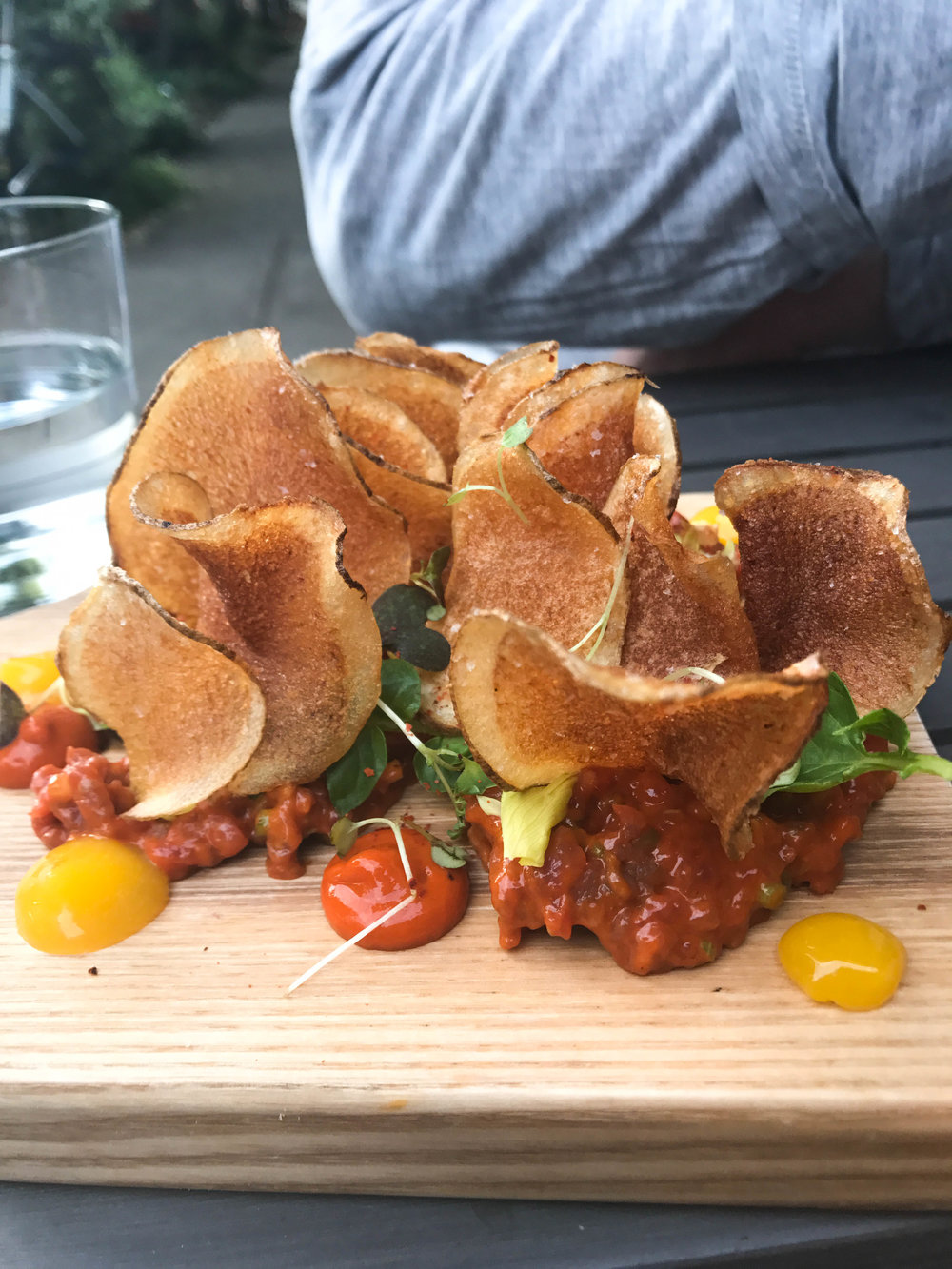 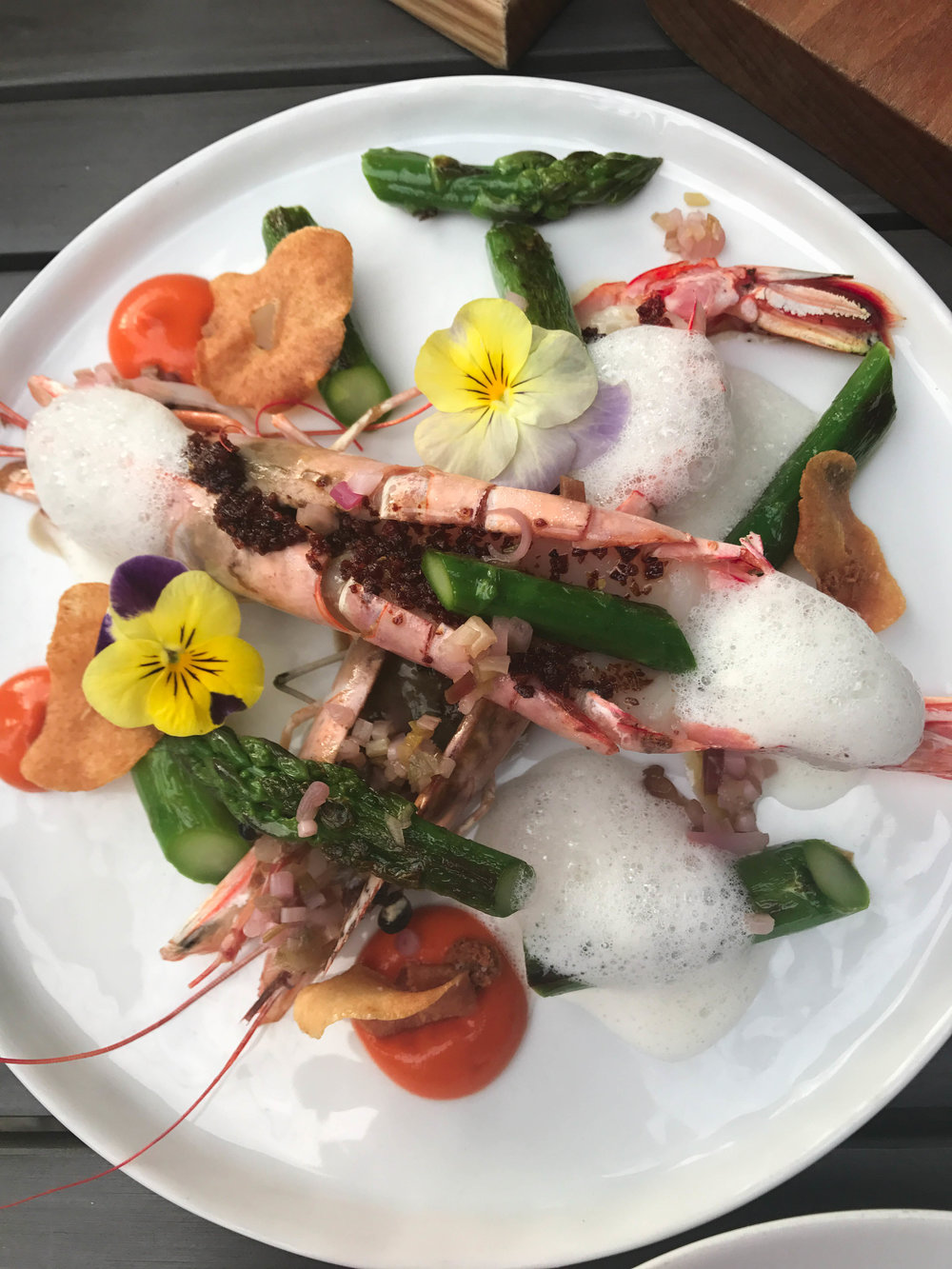 The best langoustine I’ve ever had. I can’t even tell you everything that was on it now, but it was incredible. If you go to Ataula and they have any type of langoustine on the menu I suggest that you get it! 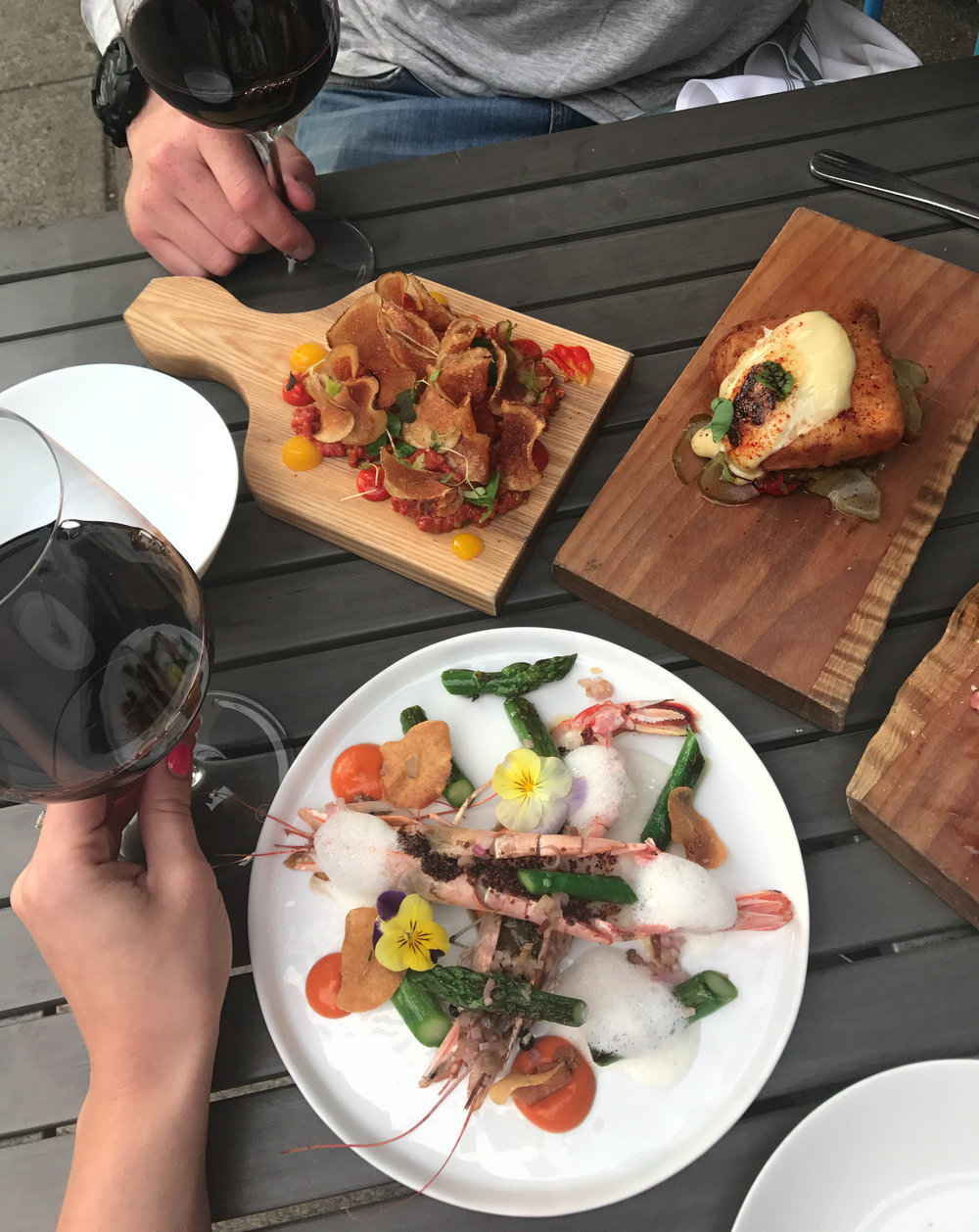 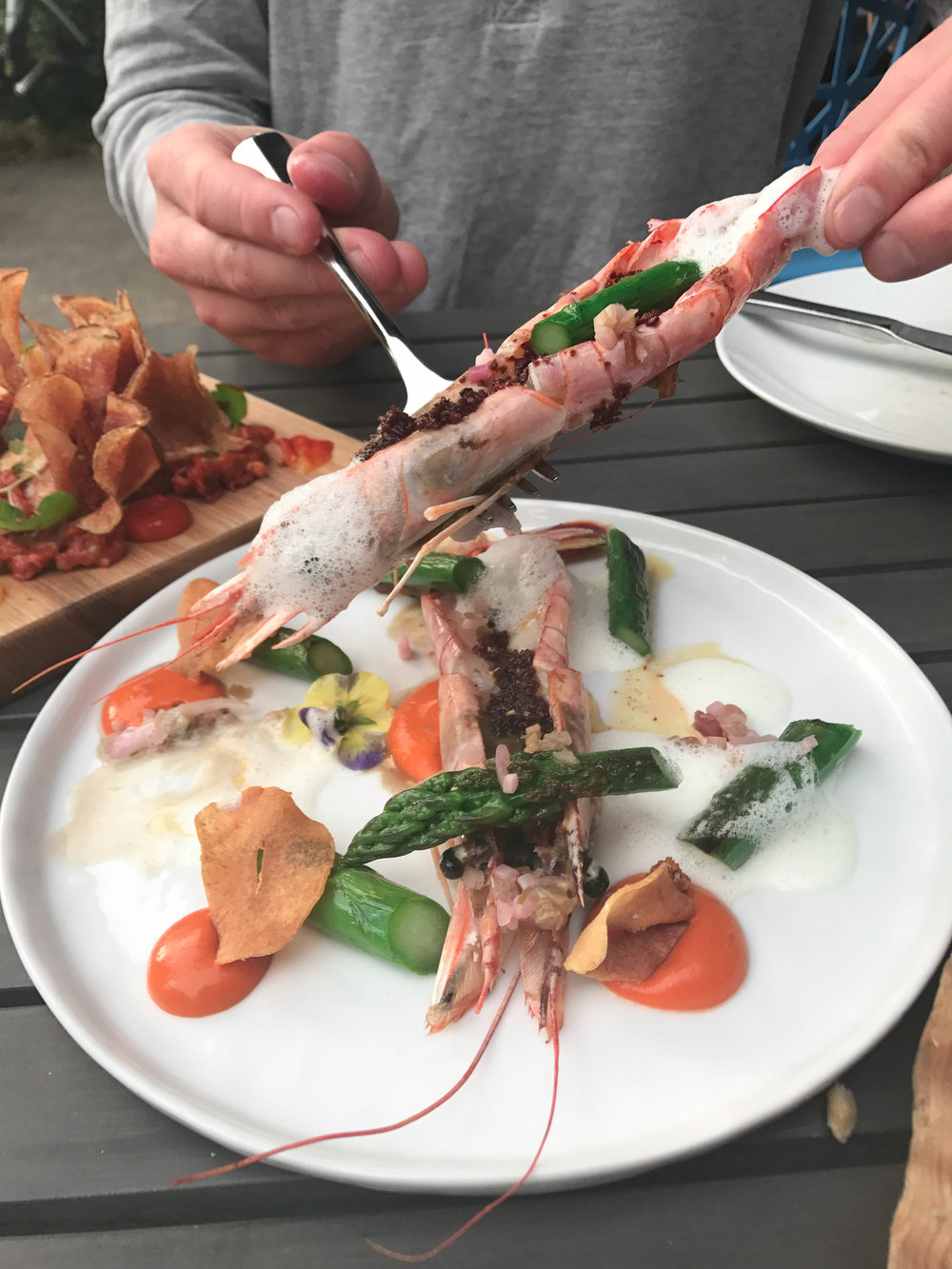 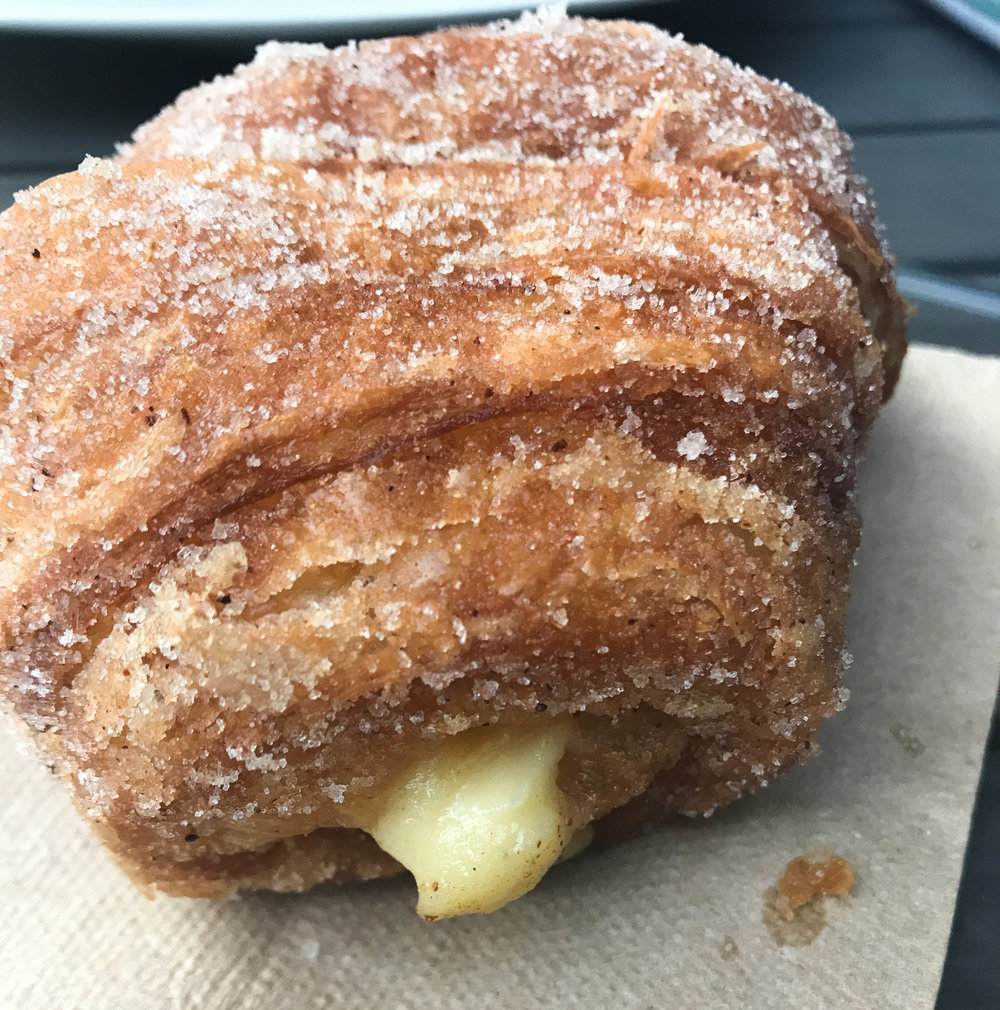 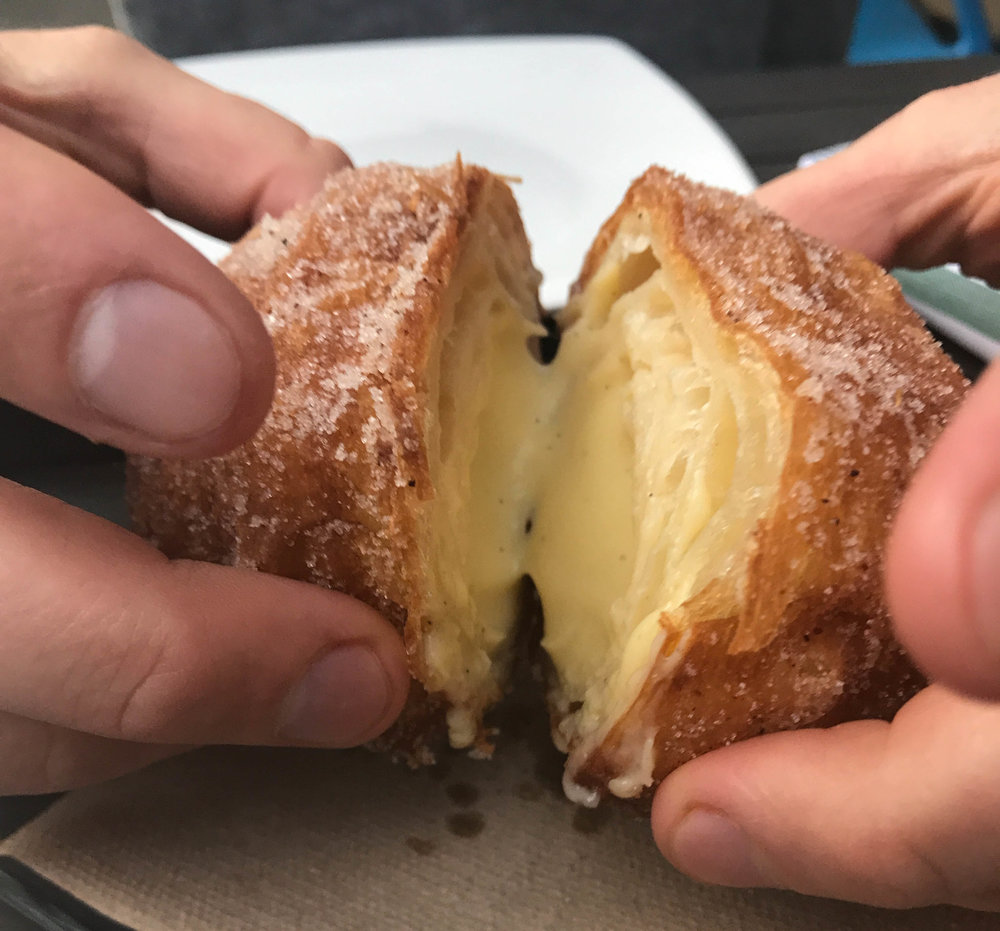 The picture speaks for itself! SO GOOOOOD. 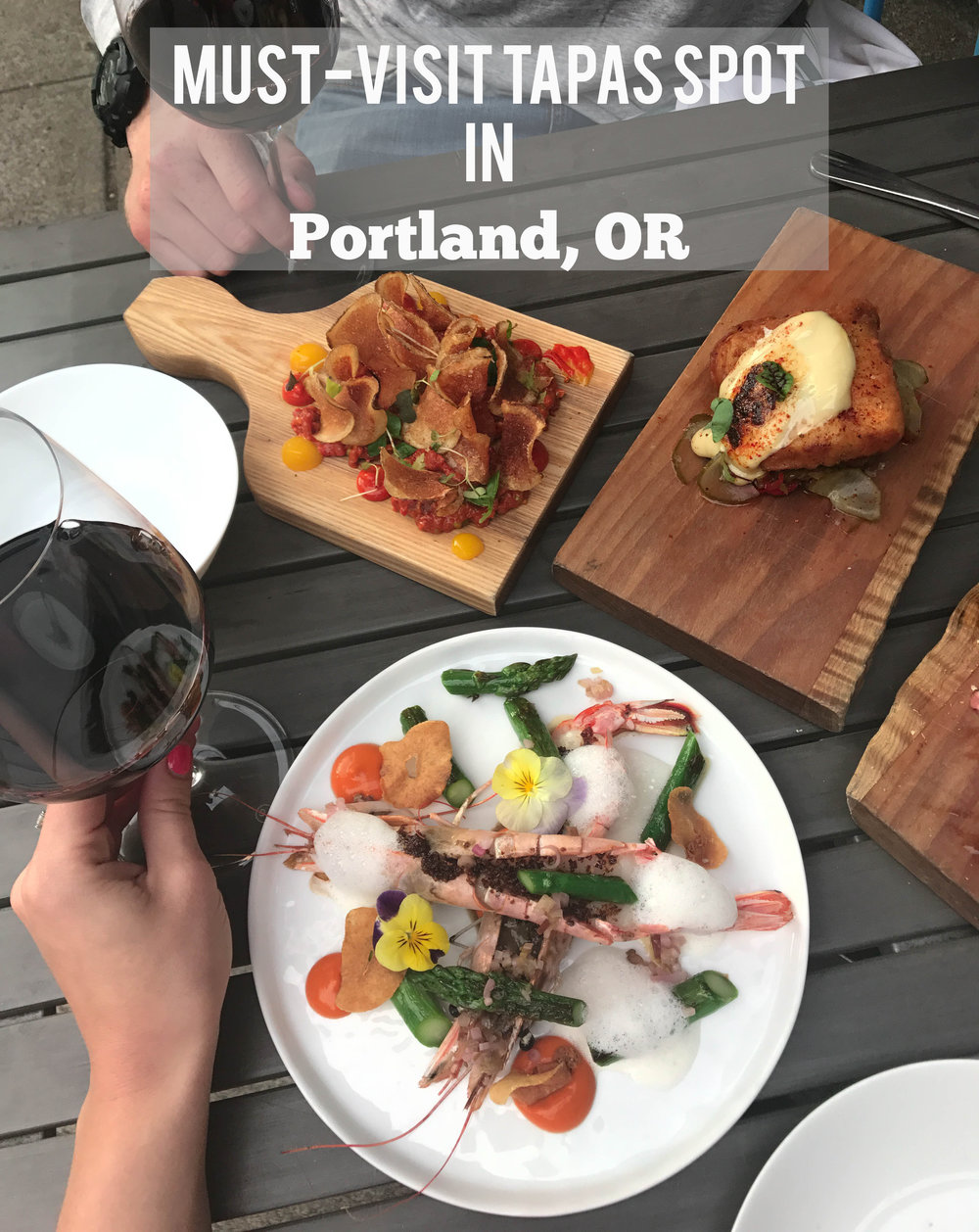