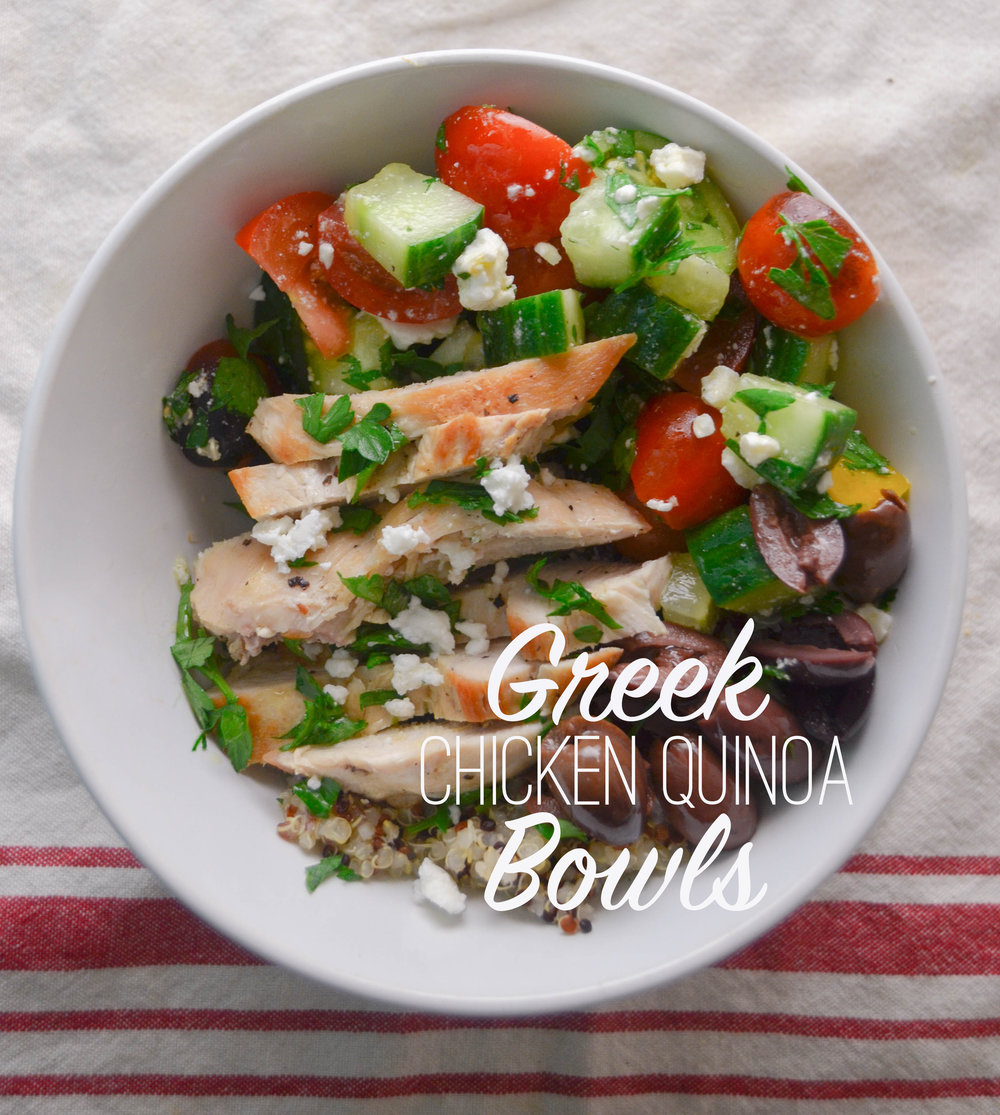 Guys – I’m going through a major bowl phase. Give me a smoothie bowl, breakfast bowl, throw-a-bunch-of-stuff-together-bowl, and I’ll be happy! It’s the trend these days and I hope it’s here to stay awhile. Thomas and I are attempting slowly but surely to A) eat healthier throughout the entire week and B) not spend our entire salary on food – and bowls are a great way to accomplish both of those!

I am OBSESSED with all of the amazing produce that we’ve gotten lately in Portland. We went to the farmers market over the weekend and loaded up on juicy peaches, fresh herbs, sweet onions, and gorgeous heirloom tomatoes (yes, the yellow thing below is a tomato not a lemon).

As much as I’m crushing on summer and all of it’s glory, is it bad that I’m already itching for it to be Fall? It felt like it was winter for SO LONG in Portland, so I’m obviously loving the sunshine, but I’m ready to throw on my sweater and cozy up with a big BOWL of comfort food. I could also be feeling this way because last week when we got back from Norway, it was 500 degrees in our apartment and I literally couldn’t think straight in the heat wave that swept over the Pacific Northwest. It’s finally cooled back down this week and I hope it sticks around! 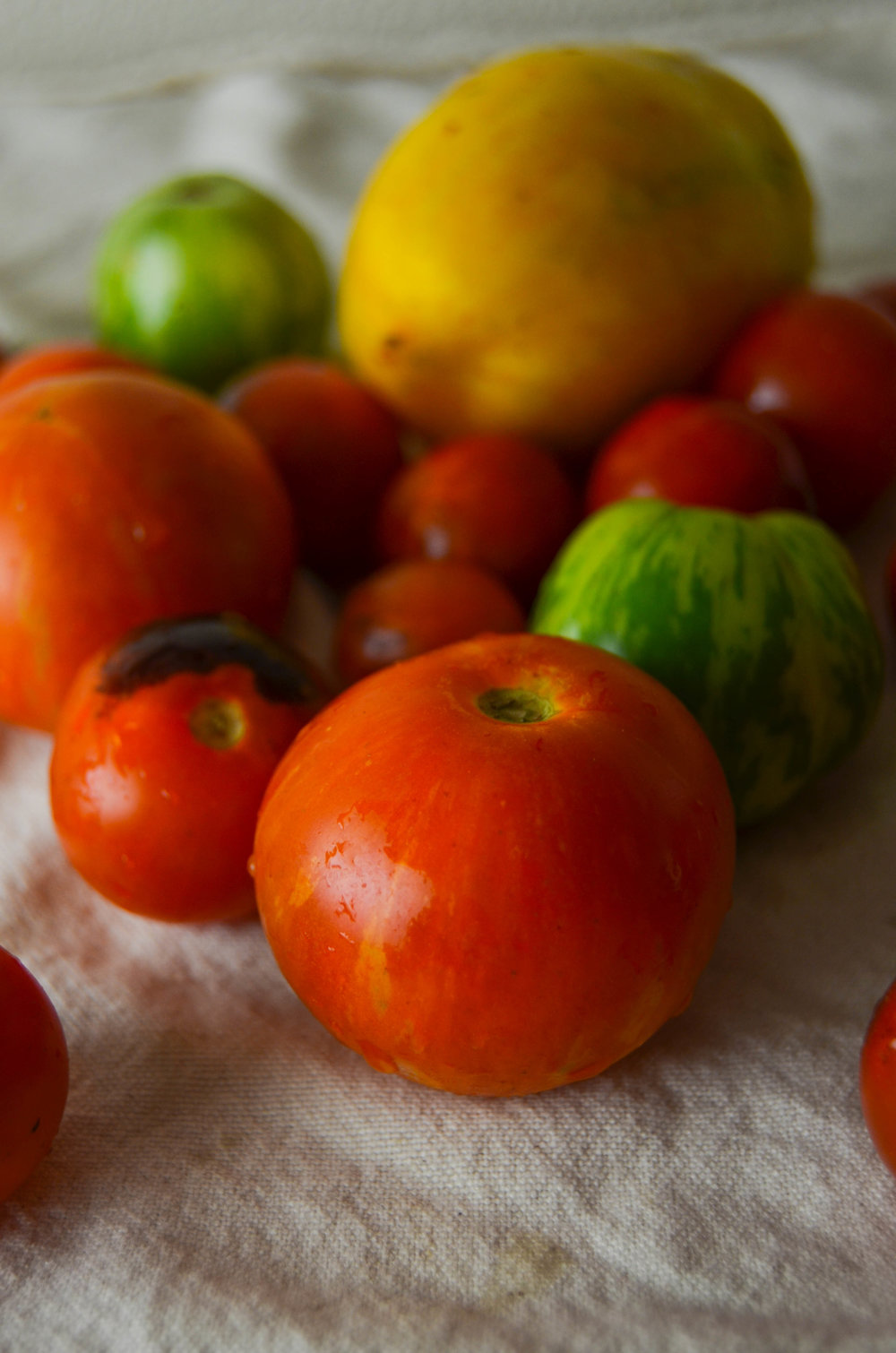 This Greek Chicken Quinoa Bowl is everything you could want for a quick-and-easy weeknight dinner; Nutritious, satisfying, colorful, packed with flavor, and all-around yummy. You could honestly make this so many ways, but we do grilled chicken, seasoned quinoa, a blissful mix of tomatoes, cucumbers, parsley, feta, and last but not least a handful of deliciously salty kalamata olives. Do your thang and make this vegan if you desire, throw in whatever veggies you want, and make it a party! 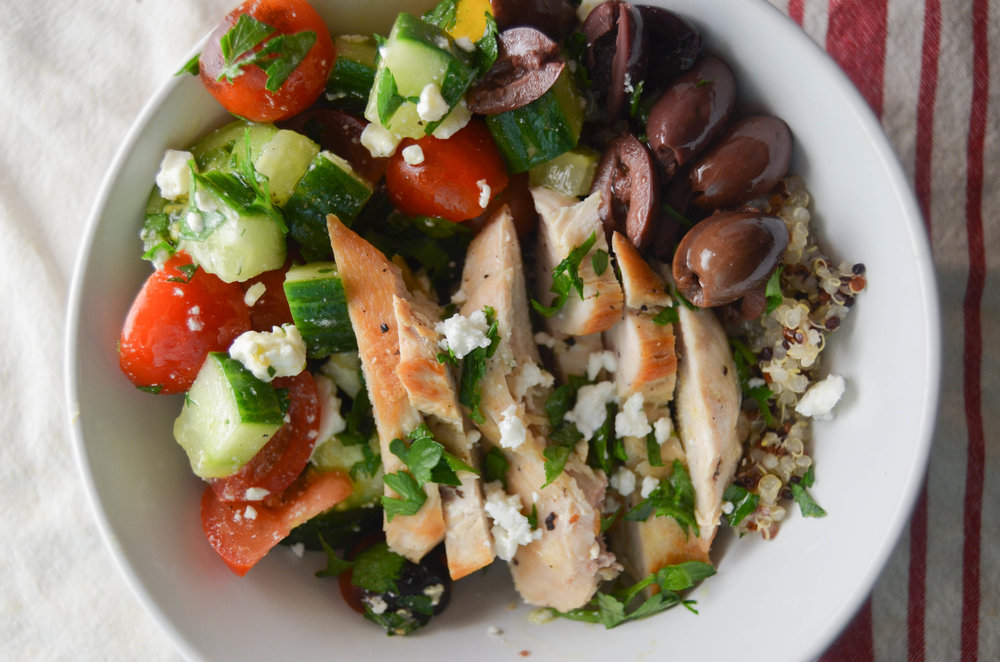 What to do
1) Quinoa: Cook the quinoa according to package instructions. We typically put ours in chicken stock, but if you’re making this vegan than just season the water with salt before boiling.
2) Cook your chicken breasts: Place a nonstick pan over medium high heat. Lightly season the chicken with salt and pepper on both sides. Add the chicken and saute until golden brown on both sides and cooked through. Let stand a few minutes before cutting.
3) Make the salad: Combine diced cucumber, sliced tomatoes, chopped parsley, and crumble in as much feta to your liking. I add about a tablespoon of the brine (juice that the feta is sitting in) to our salad! Add a generous drizzle of extra virgin olive oil and a crank of pepper. Taste and adjust seasonings. This dish is usually pretty salty from the brine as well as the olives, so salt carefully.
4) To serve: Fill bowls with quinoa, chicken, greek salad, kalamata olives, and sprinkle a little extra parsley and feta on top. Enjoy!!