The last couple of weeks have been a little bit of a doozy. After having the flu last week, I haven’t really recovered fully and now have completely lost my voice. For my job I literally am on the phone with people all day long, so this has been quite the pickle as you can imagine. I have mustered and made it through every-day, but yesterday I decided to finally throw in the towel and head to the doctor. I spent the rest of my day glued to the couch watching Harry Potter… ALL of the HP movies are on HBOGO right now BTW. I thought Thomas would be working the whole day, but then that little rascal walked in the door and made my day so much better. And I made him watch HP with me obviously – He’s such a good sport!

It felt good to rest my voice for a bit, and to help it even more I made this bone broth beef pho using Bonafide Provisions Organic Beef Bone Broth. This was my first time trying bone broth! What do you guys think of it? I’ve been hearing forever about how beneficial it is and I’ve seen so many “broth bars” pop-up around town – so it’s about time that I gave it a try! I jazzed mine up a bit for this recipe, but even by itself it’s delicious. Plus do you know about all the benefits? I had no idea! It’s amazing for gut health, makes your skin glow, helps you sleep better, supports bone strength and a healthy immune system! Sign me up!

Pho is one of my go-to comfort foods lately. I love slurping up the noodles in the rich broth, and mixing in all of my favorite crunchy things like bean sprouts, jalapeño’s, and fresh basil. The pho I made yesterday isn’t traditional, but it’s a quicker alternative and hits the spot! I hope everyone is feeling good and hasn’t caught this nasty flu! FYI, something else that’s really helped me is fresh ginger and lemon tea. We’ve been drinking it every night! 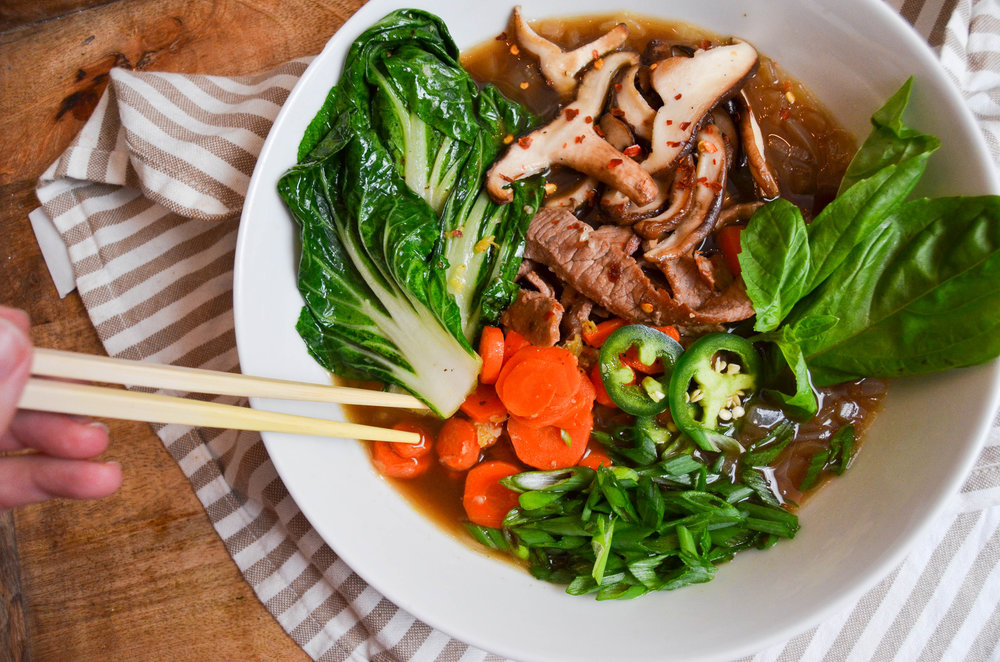 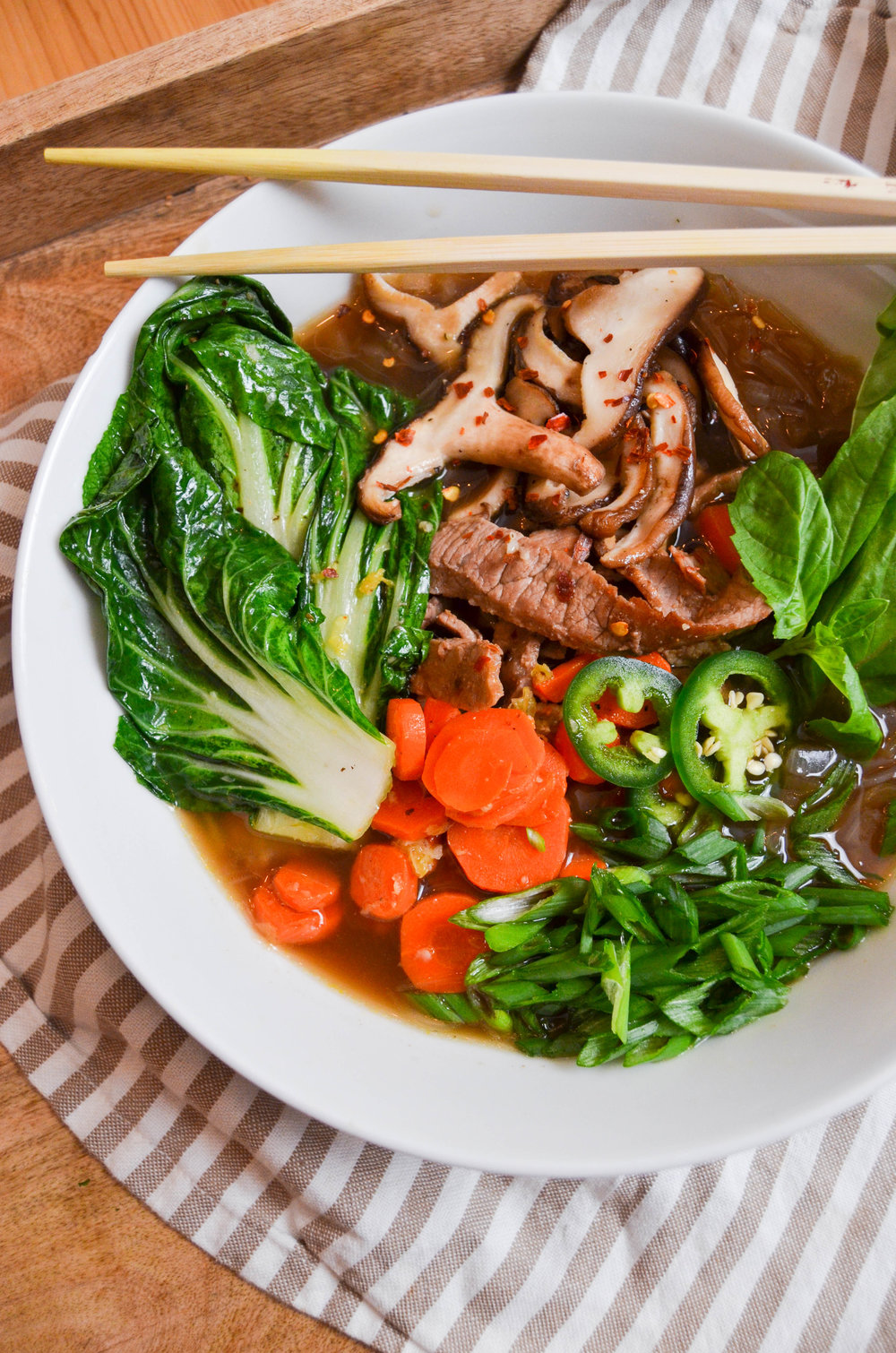 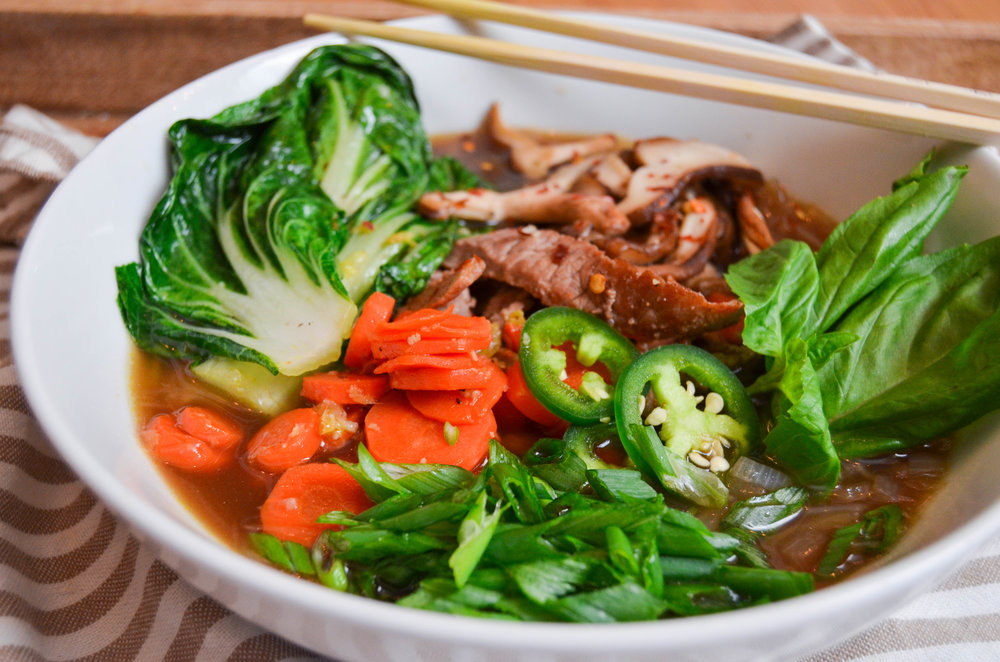