I’m very much a fall/winter gal. I’m a sucker for big sweaters and cozy scarves. I love curling up with hot chocolate or a belly-warming Old Fashioned, cooking up a pot of stew on a cold night and settling in for a movie or good book – That is my happy place. But that is a fairly recent development since moving to Portland where it’s generally chilly 8 or 9 months out of the year. My OG happy place and when I feel most at “home” is when the sun is beating down, the smell of sunscreen and BBQ in the air, and there’s an ocean or lake somewhere near by with preferably a boat ready to go for a spin. One of the biggest things I miss about living in Florida is being able to strike up the grill on any given day and have friends and family over for a BBQ and “lake day”.

That’s why I am SO excited for Memorial Weekend kicking off on Friday! Thomas and I are heading down to Central Oregon to Lake Billy Chinook with four other couples for a fun-filled weekend of camping, boating, cooking over campfires, drinking good ol’ Coors Light and Jack Daniels out of red solo cups, and undoubtedly lots of laughs and great memories.  We did the same thing last year with the same group and I’m so happy it’s becoming a tradition!

Since hotdogs and brats are definitely on most people’s menu’s for Memorial Weekend, I wanted to share one of my favorite ways to eat a hotdog now – Norwegian style! In Norway it’s called “pølse i lompe” which you can get EVERYWHERE! My favorite is in the Norwegian gas stations – not kidding! The hotdogs are served in a flat potato bread (lompe) and you can eat it plain or top it with potato salad (yum), or shrimp salad (gross), and lots of yummy condiments like crunchy fried onions! Ever since Thomas introduced me to this, my favorite combo is with potato salad, crunchy onions, and sweet mustard. SO GOOD. We even served this at our wedding for our late night snack!!

I somewhat “Americanized” this beloved Norwegian junk-food by using Bratwurst (which I guess is actually German?) and hoagie rolls! I love the combination of the hot brat right off the grill with the cold potato salad, sweet/tangy mustard, and the texture of the fried onions. Give it a try, you won’t regret it! I hope everyone has a great Memorial Day weekend and stay safe! 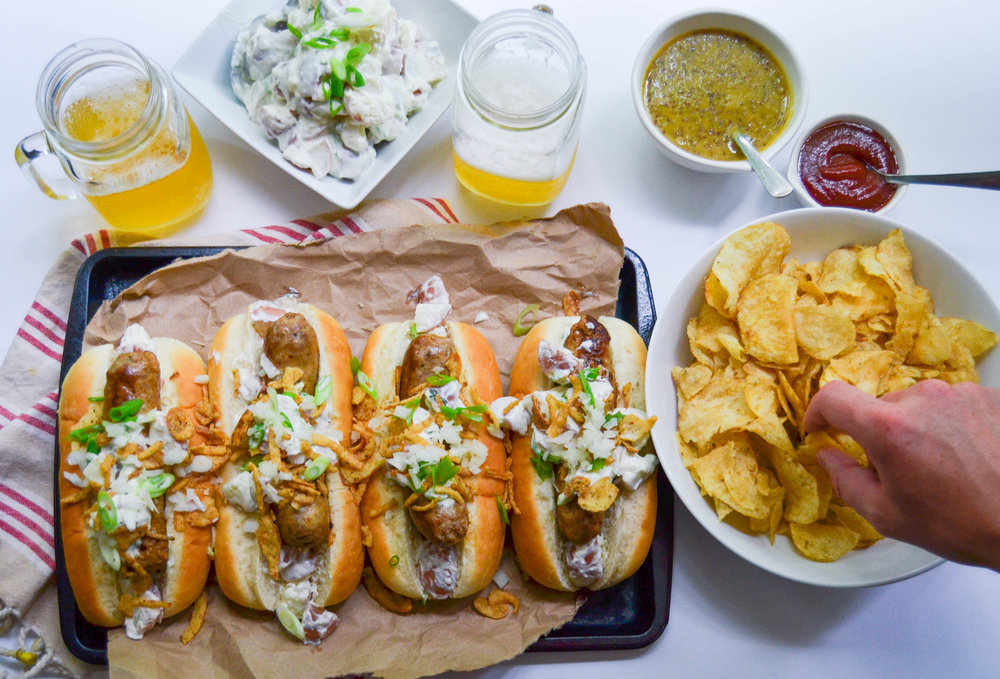 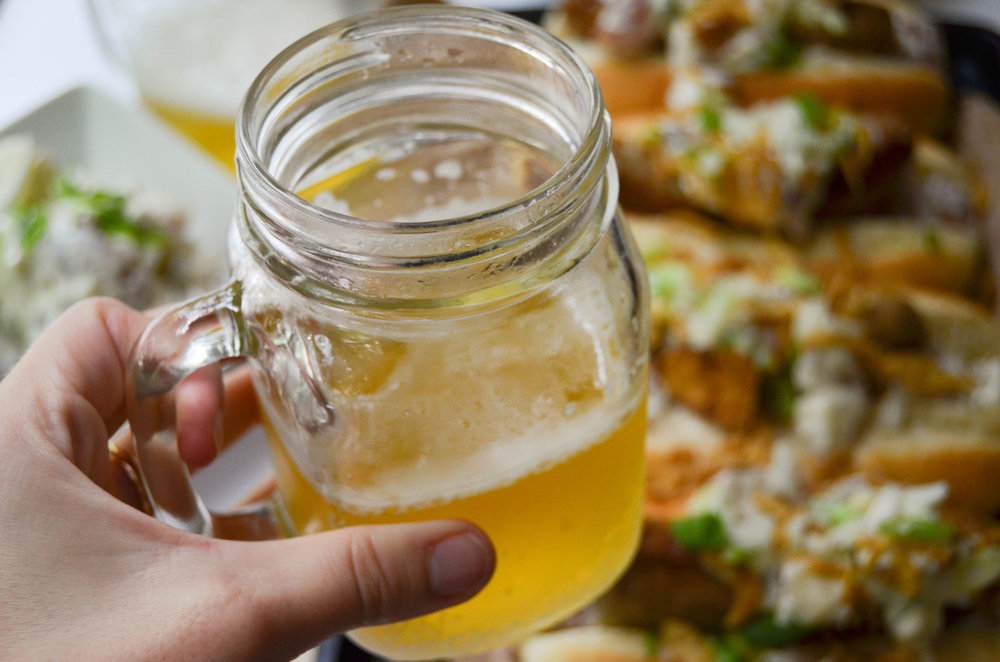 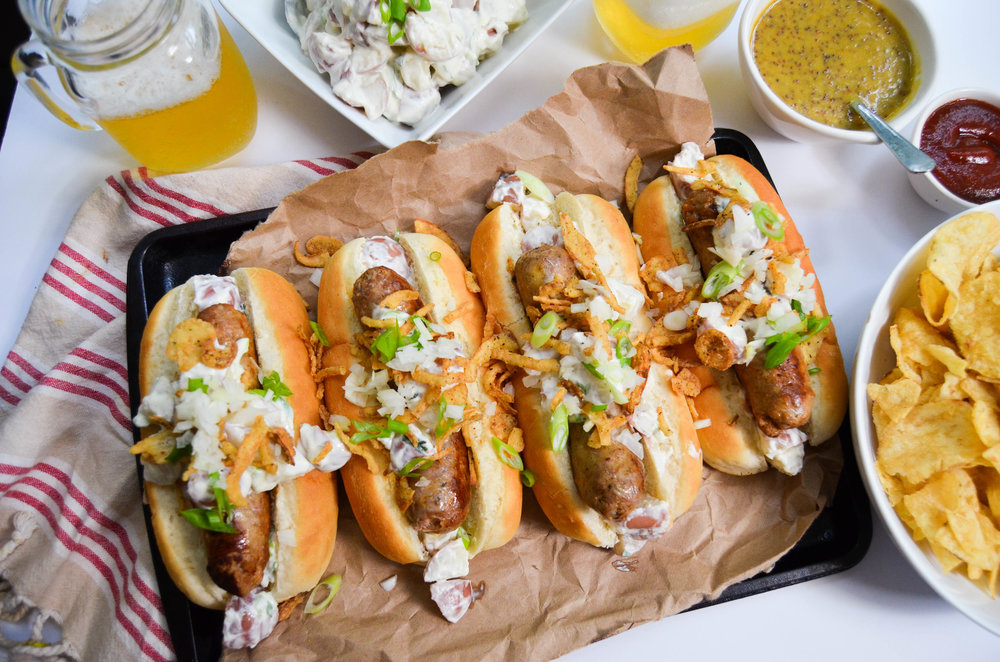 Ingredients
– Bratwurst or hotdogs
– Hoagie rolls, Hawaiian hotdog buns, or Norwegian Lompe if you want the traditional way!
– Crispy fried onions (such as French’s)
– Potato salad (homemade like this recipe from the Kitchn, or store bought is usually good from the deli section!).
– Dijon mustard or stone-ground mustard
– honey