Now that the cat is out of the bag I can finally share all of my pregnancy cravings! It’s going to be pretty boring, not like my mom who literally craved PB&J’s dipped in tomato soup… no no, nothing crazy like that here. I have craved SOUP. So much soup. Now I don’t mean like a sad can of chicken noodle with fake ham (while I will still happily enjoy that if nothing else prevails), but I’m talking about giant vats of brothy soup brimming with all the best toppings. While I’ve always been a soup girl, I have taken this to a new level since becoming pregnant. Since my local Pho restaurant can’t keep up with me I’ve resorted to making my own. Kidding, but I have discovered how to make homemade pho at home and now I’m obsessed! 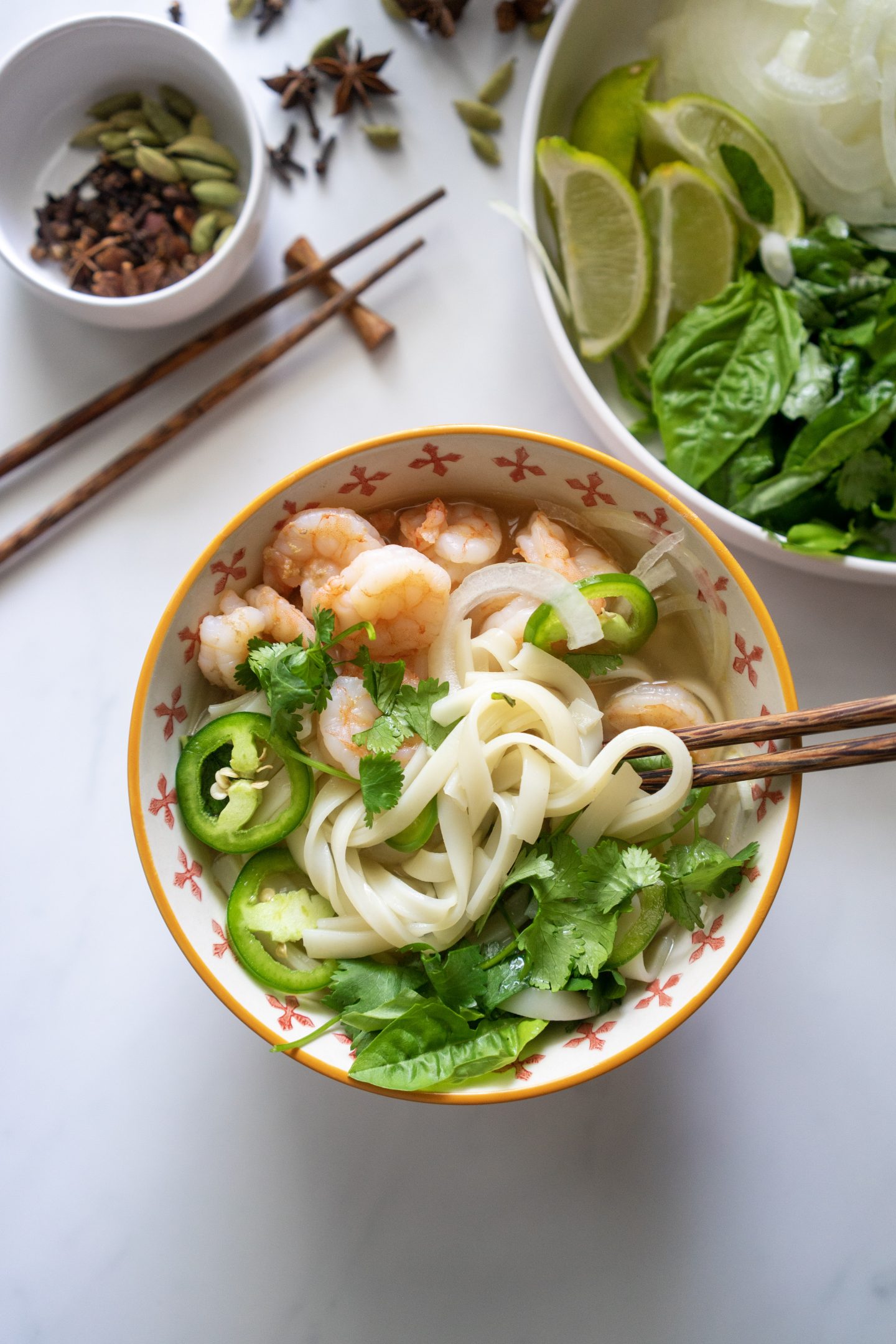 If you haven’t had Pho before, it’s a Vietnamese soup consisting of a delicious broth, rice noodles, herbs, and a meat. Usually in restaurants I get chicken or beef pho, but my local Pho spot in St. Augustine has the best Shrimp noodle soup which inspired this recipe! If you live in the St. Augustine area you have to check out Andaman! 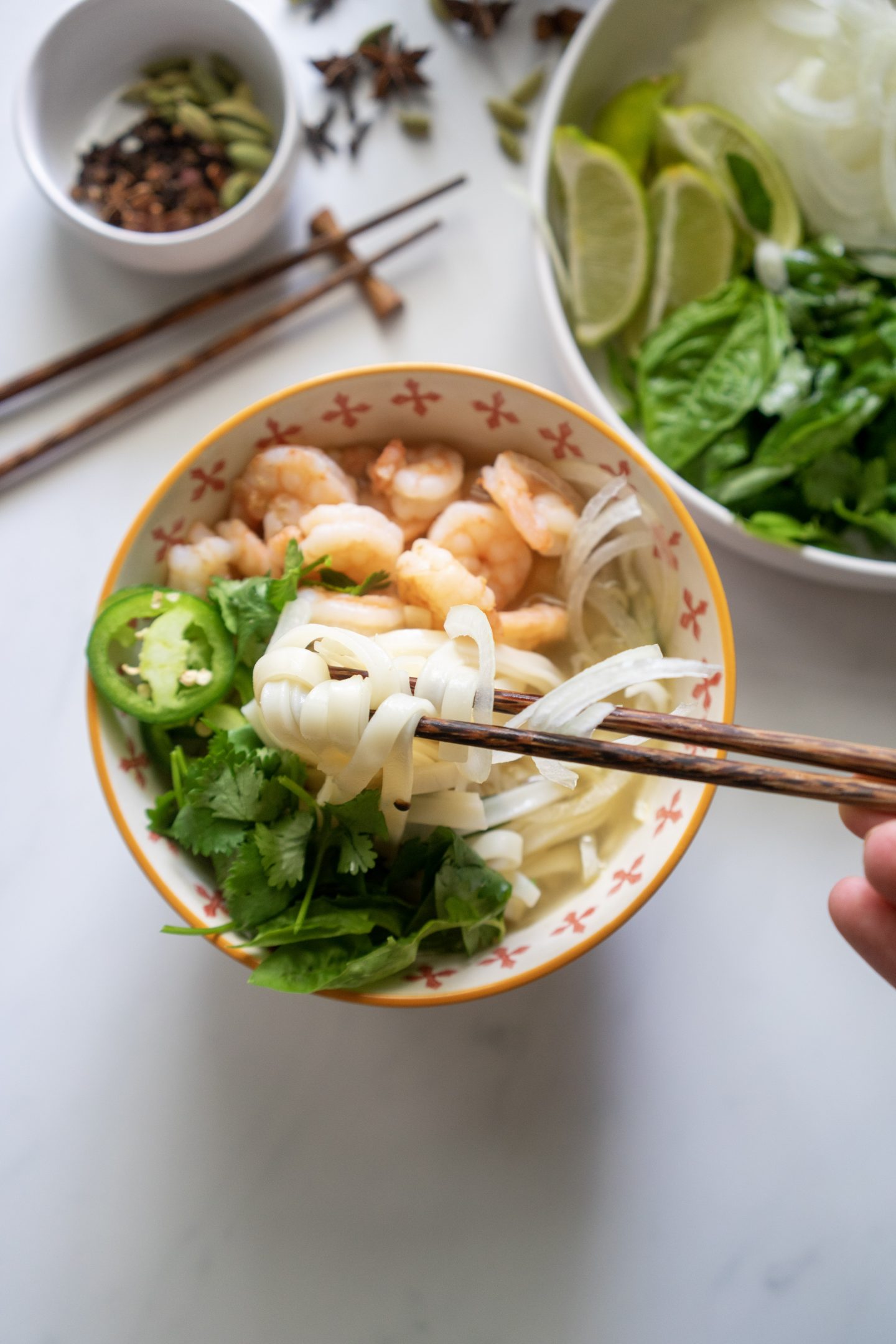 How to Make Homemade Pho 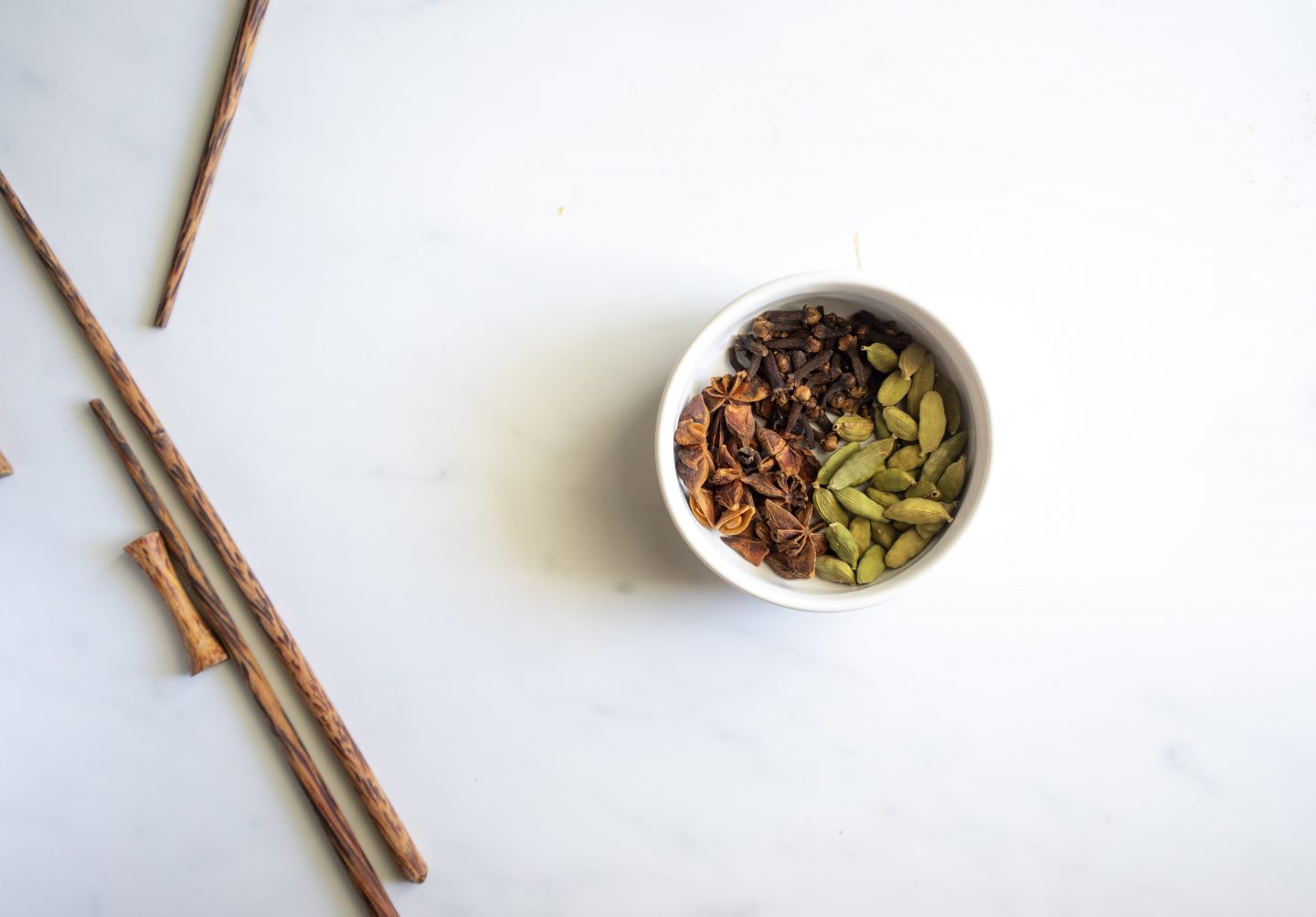 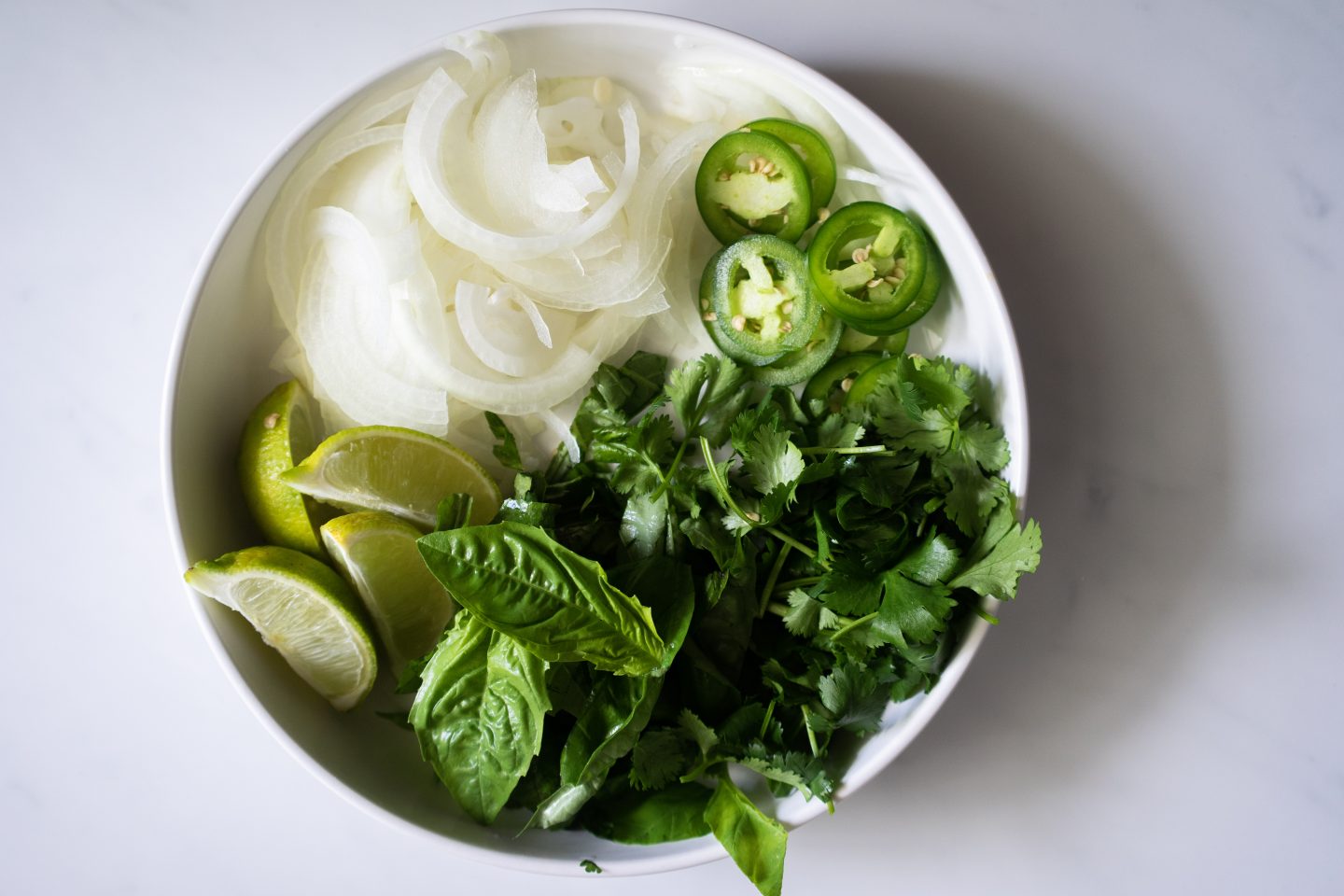 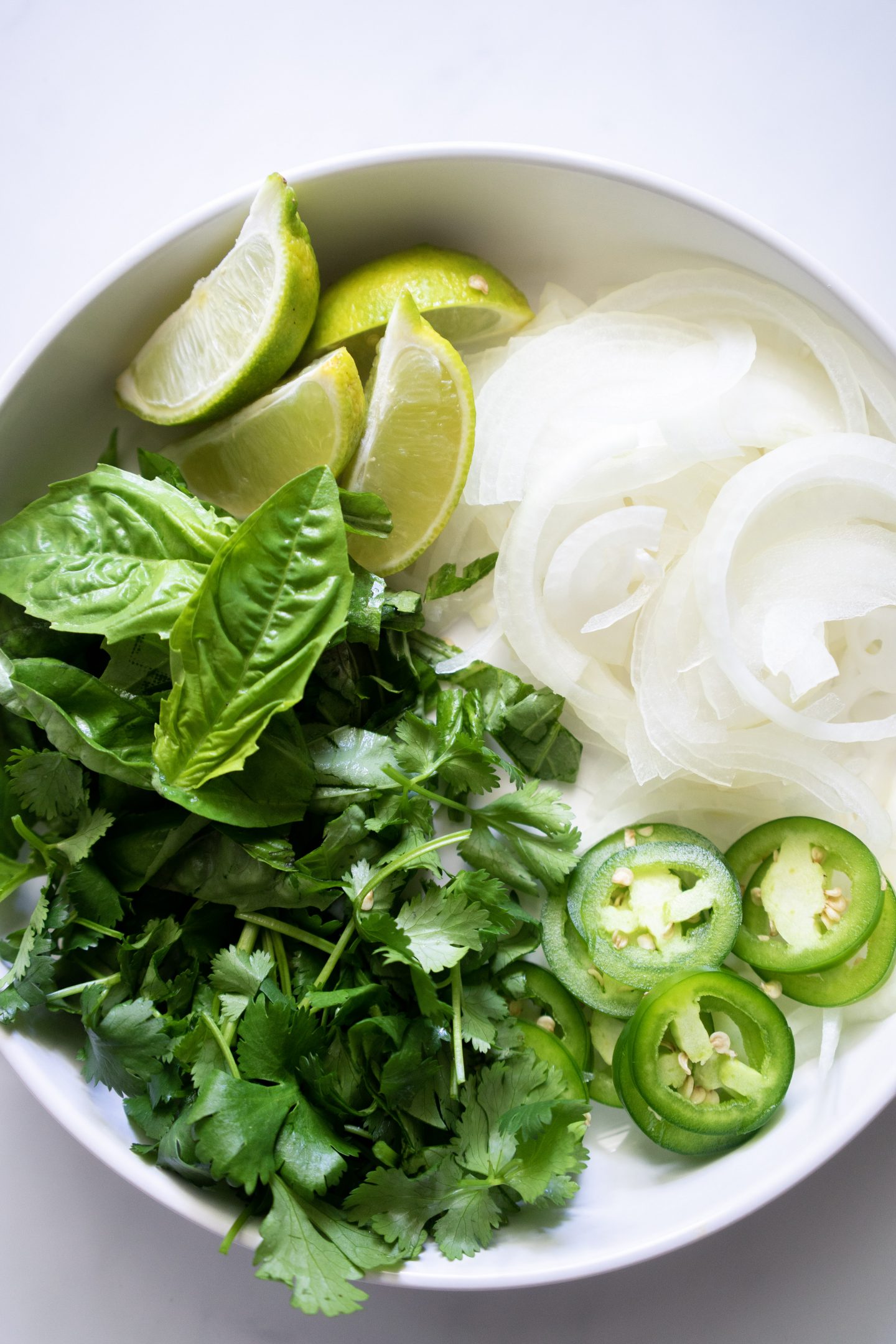 While Pho has been topping my craving charts lately – I still love a good ramen and I’m not beneath a carton of Trader Joe’s roasted red pepper soup which is my fave store bought soup ever. However since I want to be as nutritious as possible for the baby, during weekdays I try and eat as much veggie packed things as possible, so lately that’s looked like quinoa chicken soup with lots of carrots, celery and onion. Or we’ll do a curry lentil stew with coconut milk which is always on rotation – Anywho I will share a lot more of these recipes since I’ve tested them A LOT and they are truly weeknight staples for us! 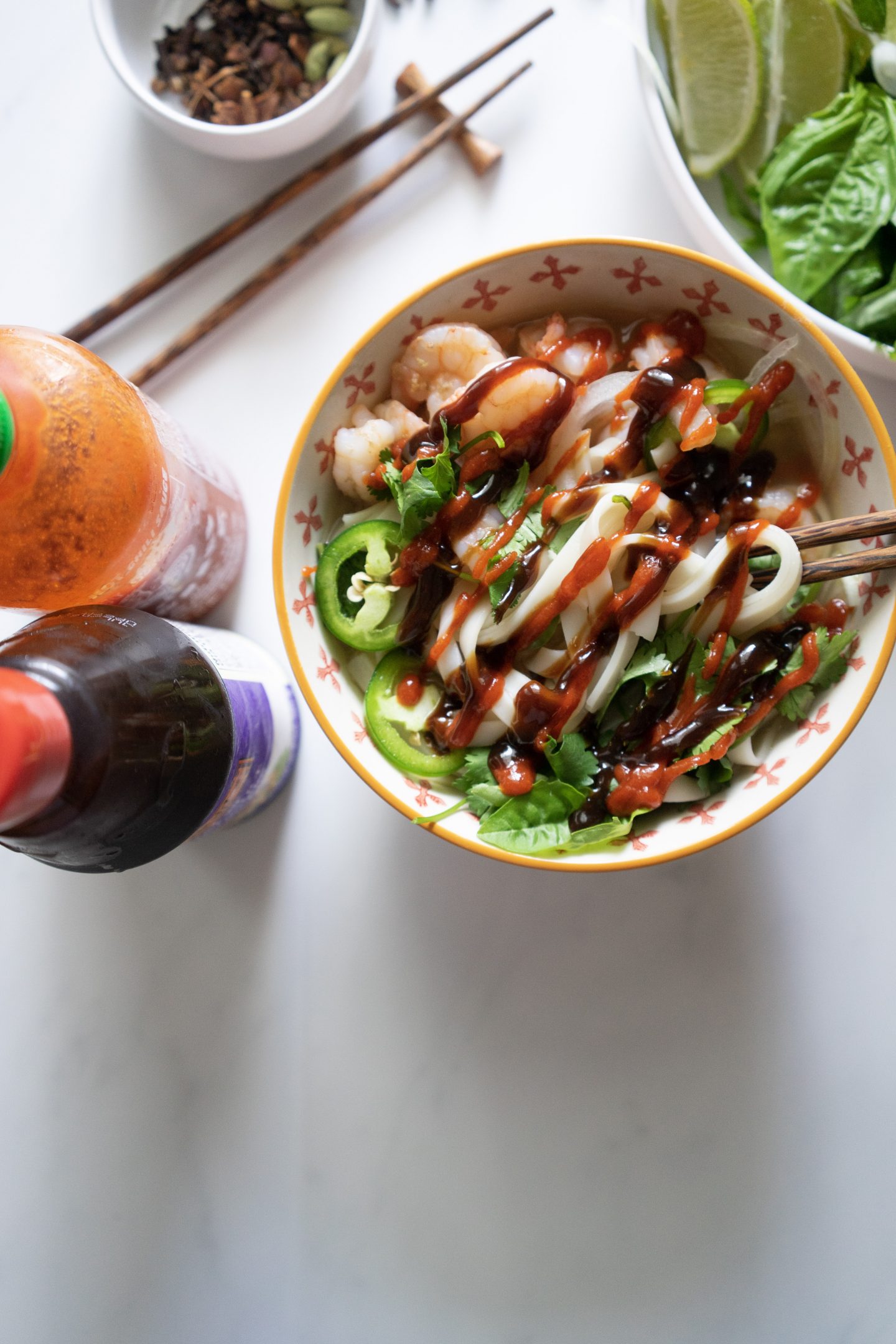 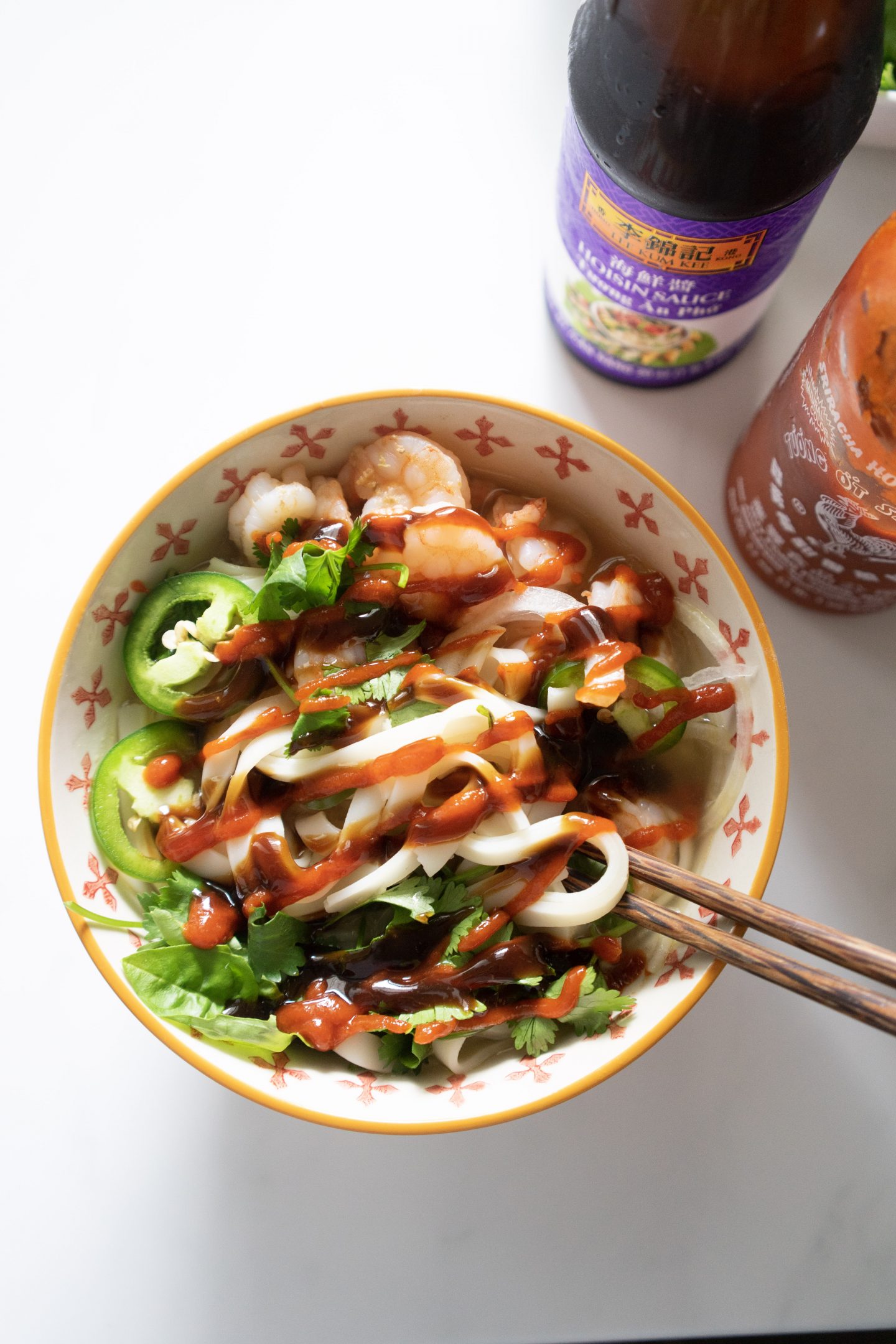 This homemade pho soup is perfect for chilly nights and is great to have stored in the fridge if you make a double batch of the broth!
Print Recipe