Aquavit and I have a love/hate relationship. I love the tradition of having it with Christmas dinner when we’re in Norway for the holidays, or sharing a shot or two with my family when they traveled to Norway a few summers ago to visit for the first time. Other than that, it has not been pretty folks – It’s a sneaker-upper for sure. That’s why I prefer it in small quantities so I can enjoy it to it’s fullest!

Enter in the Norwegian 75 cocktail! A spin on one of my classic faves, the French 75 traditionally made with gin. With today being May 17th, Norway’s Constitution Day, what better time that to cheers with their most beloved spirit! 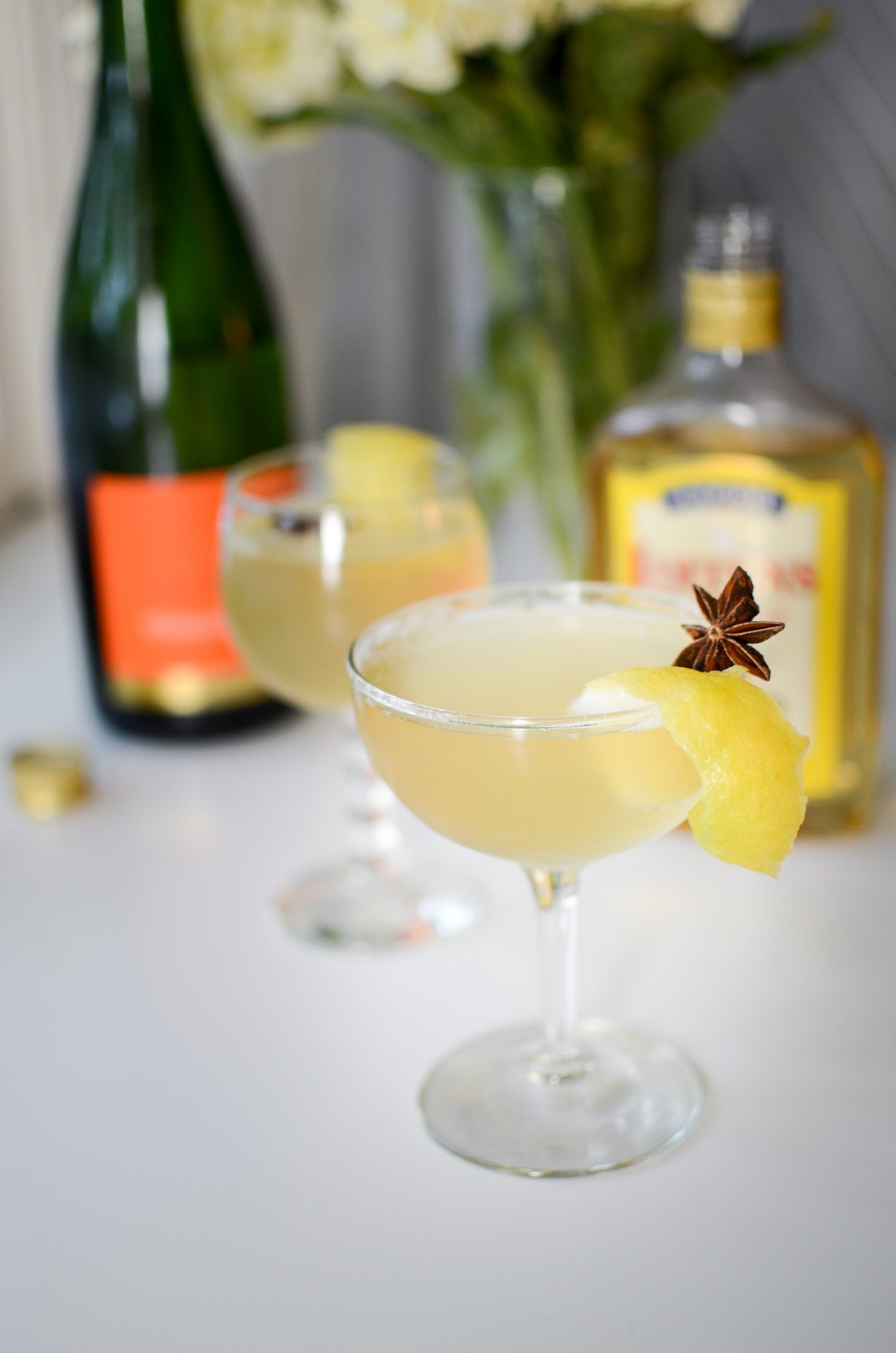 Some fun facts on Aquavit!
– Caraway is aquavit’s dominant spice, which is considered a cure for indigestion! I guess that’s why it’s common to have during Christmas when you’re eating such heavy foods!
– Norwegian aquavit is well-traveled to say the least… Linie Aquavit is one of Norway’s most famous brands because of its aging process. The aquavit ages in oak barrels that are put onto ships that travel around, supposedly enhancing the flavor and smoothness from the rolling ocean waves and temperature changes.
– Yelling skaal (pronounced skoal) is the standard why to cheers is Norwegian! That doesn’t pertain just to aquavit, but fun nonetheless! 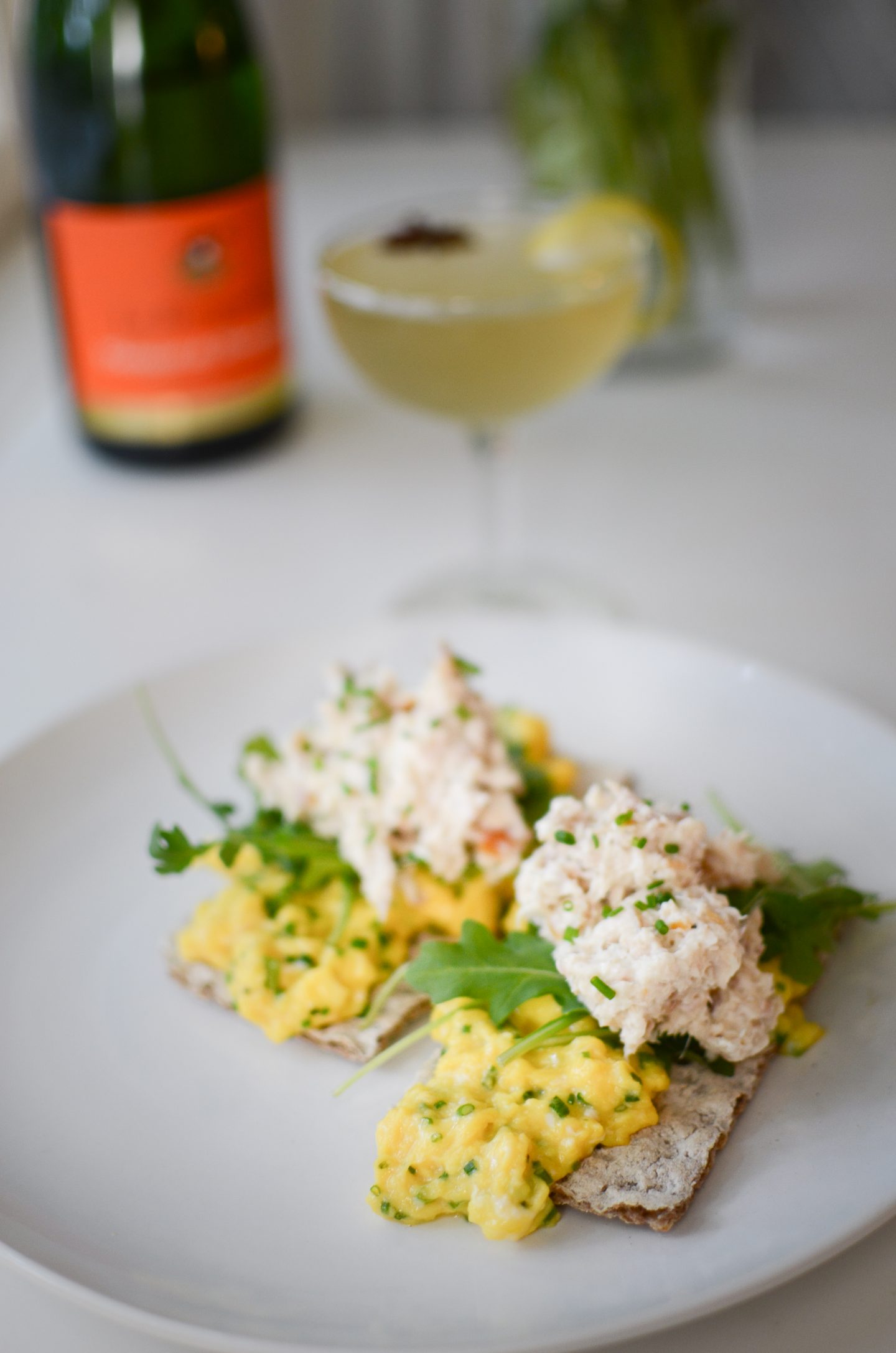 A 17th of May “champagne breakfast” usually consists of a smorgasbord of things like slow scrambled eggs, lox, herring, potato salad, pastries, and I’m sure many other things from household to household. Traditionally it’s just bubbles being sipped on, but I am all for pumping it up a little and making a Norwegian 75 to go along with breakfast. Who’s with me?! 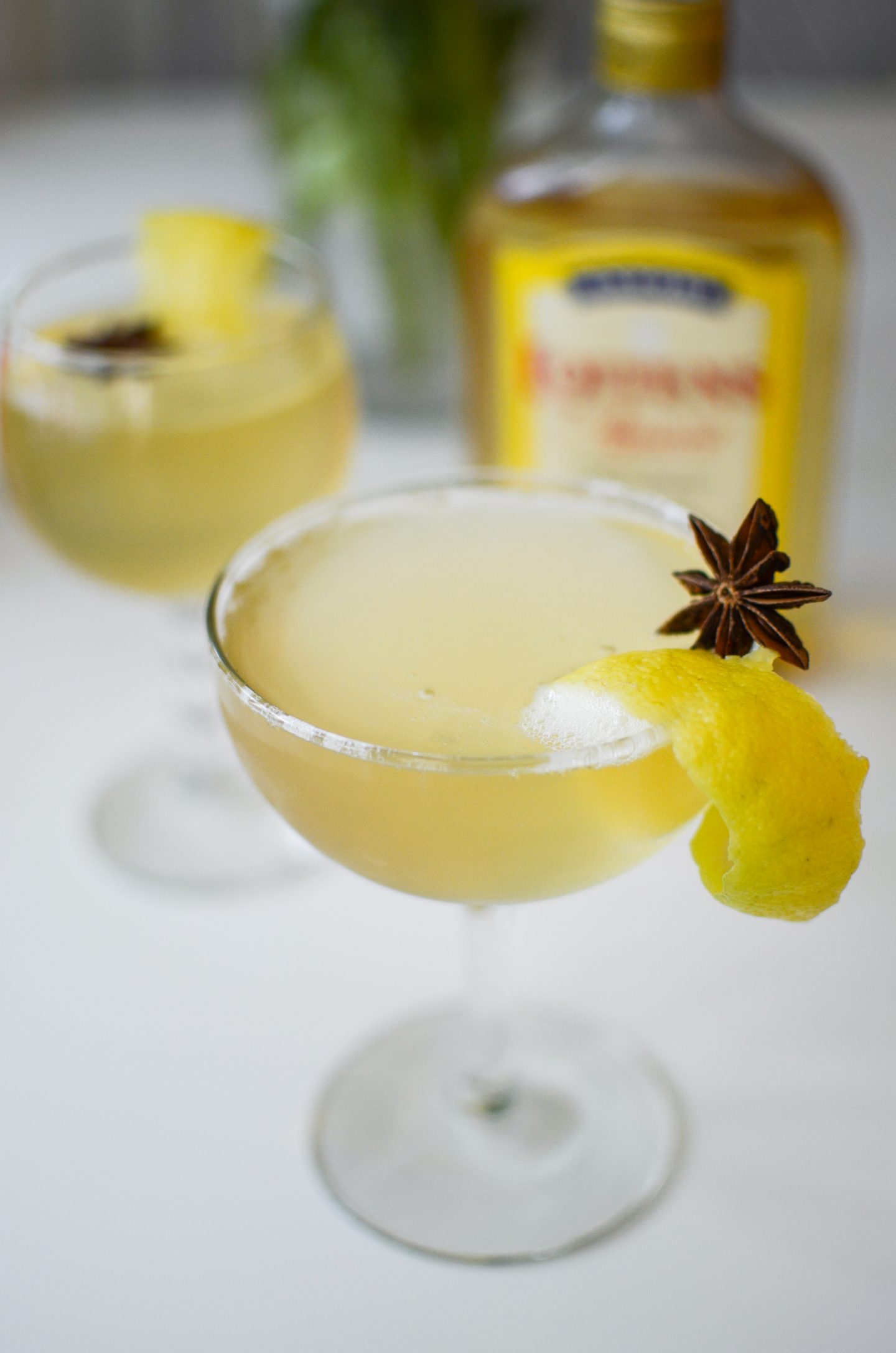 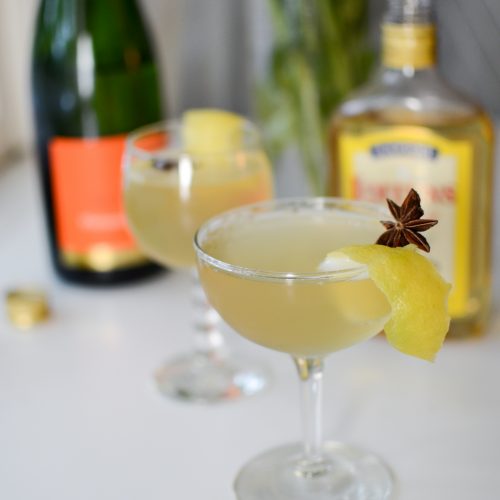