Hi Friends! I’m fresh outta the air from motor city and wanted to crank out a weekly recap which I haven’t done in a while. I hope you had a LOVEly weekend for valentine’s 💕 I headed to NYC on Friday afternoon to spend the weekend with Thomas since he was working. Luckily he was done flying by 5 so he picked me up from LGA and we headed into the city. I didn’t get any pictures of us over the weekend so I had to post this kewtie in his uniform even though it’s blurry 😉 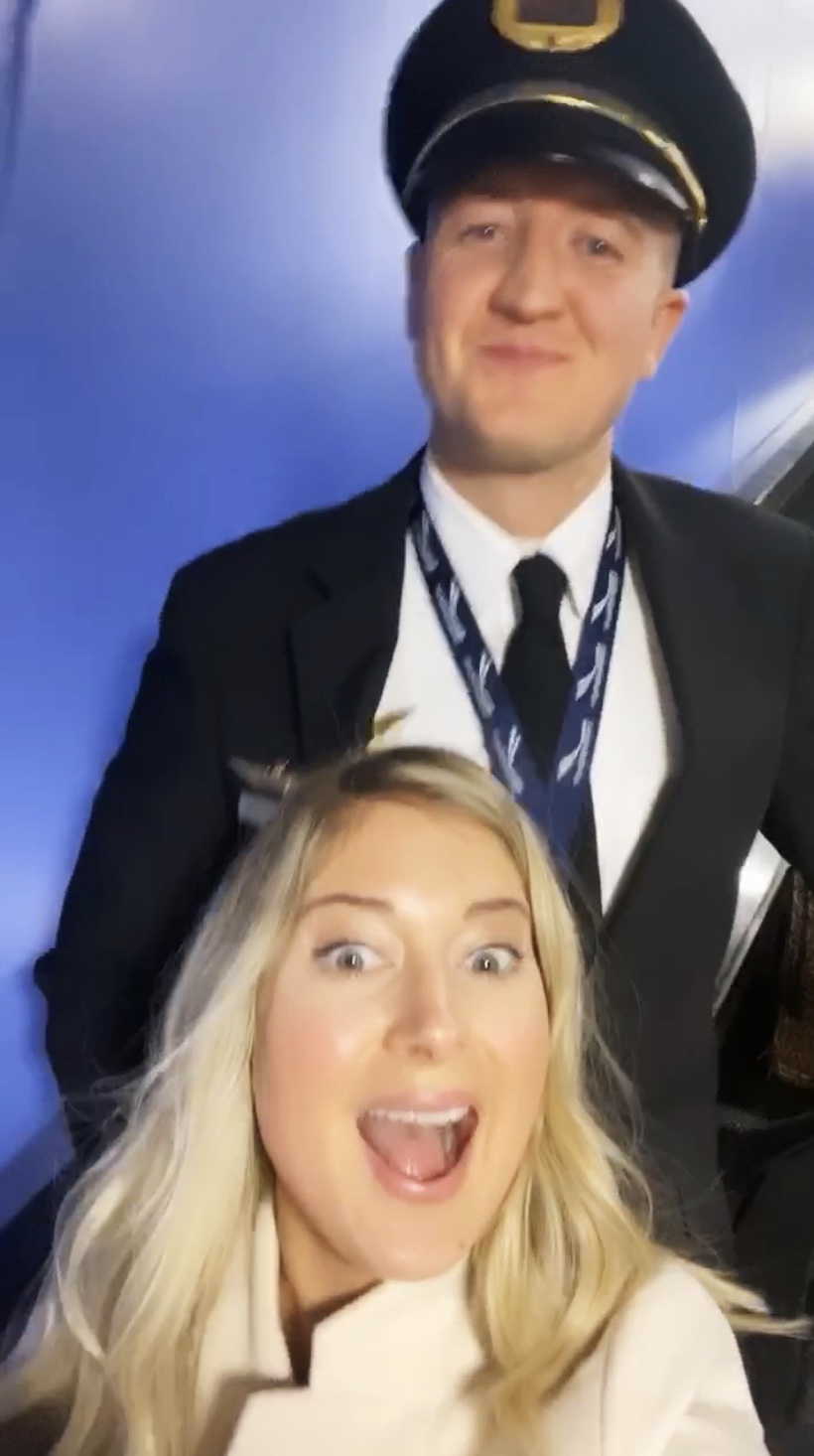 Of course every restaurant we wanted to try was booked and there wasn’t any good AirBNB’s with a kitchen, so I googled “hidden gem” restaurants which was certainly what we found and guess what? No wait + no cheesy prix fix menu. Sakagura is in an unmarked business building where you walk down a hallway and find a discrete sign where you then descend down a narrow set of stairs and find a beautiful sake bar. The sake sommelier (is this a thing?) said to us, “we are a hidden gem and would like to keep it this way”. Whoops is that cat outta the bag? I didn’t take hardly any pictures, but we had a great night sipping sake (they have over 260 kinds) and trying a bunch of small plates like sea urchin, salmon sashimi, Japanese omelet, dumplings, and miso eggplant. 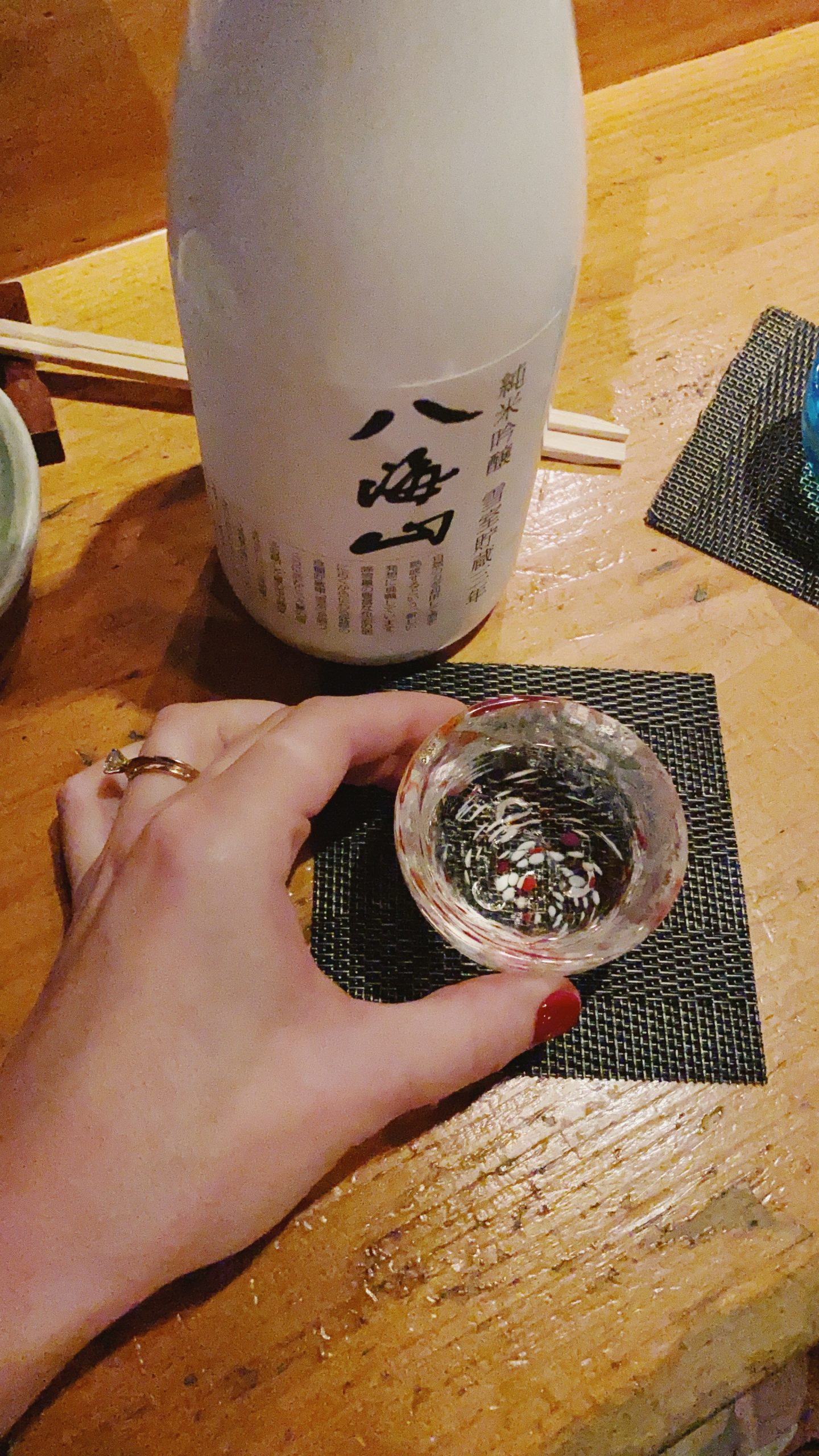 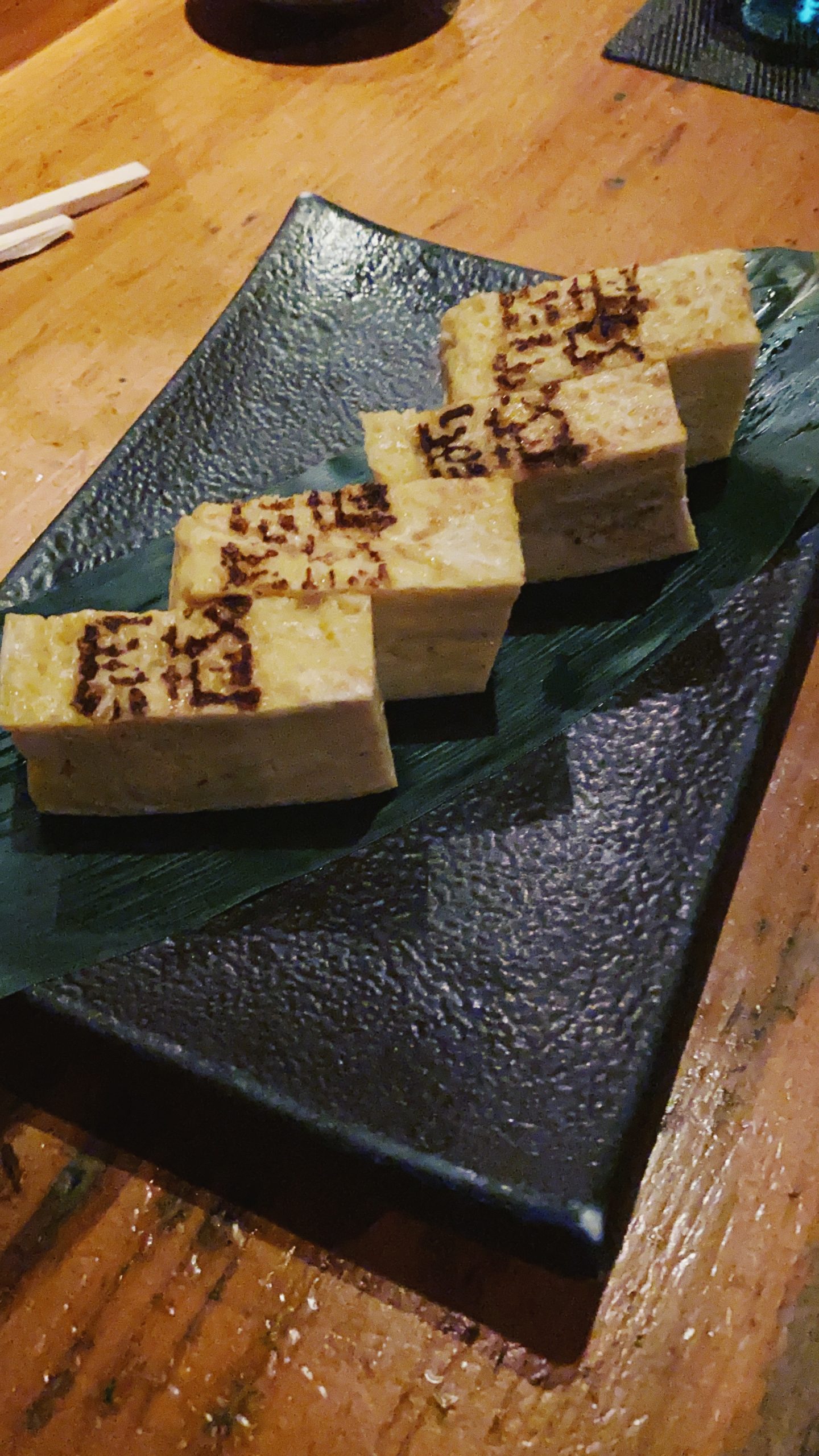 On Saturday he had to fly to Minneapolis so I spent the morning roaming around and grabbed lunch with a friend who had moved to NYC from Portland! We ate brunch at The Smith in Midtown and it did not disappoint! We had mimosas & bellini’s, cinnamon toffee brioche that was to die for, and eggs benedict with the best hollandaise. I walked around Saks Fifth Ave and then down to Times Square before Thomas called to tell me he had to spend the night in Detroit, so off I went back to the airport to head to Detroit for the night since there was no point in me staying in the city alone. So that was my weekend – What did you guys do?! Scroll down for a recap on all the other thangs 👌🏻 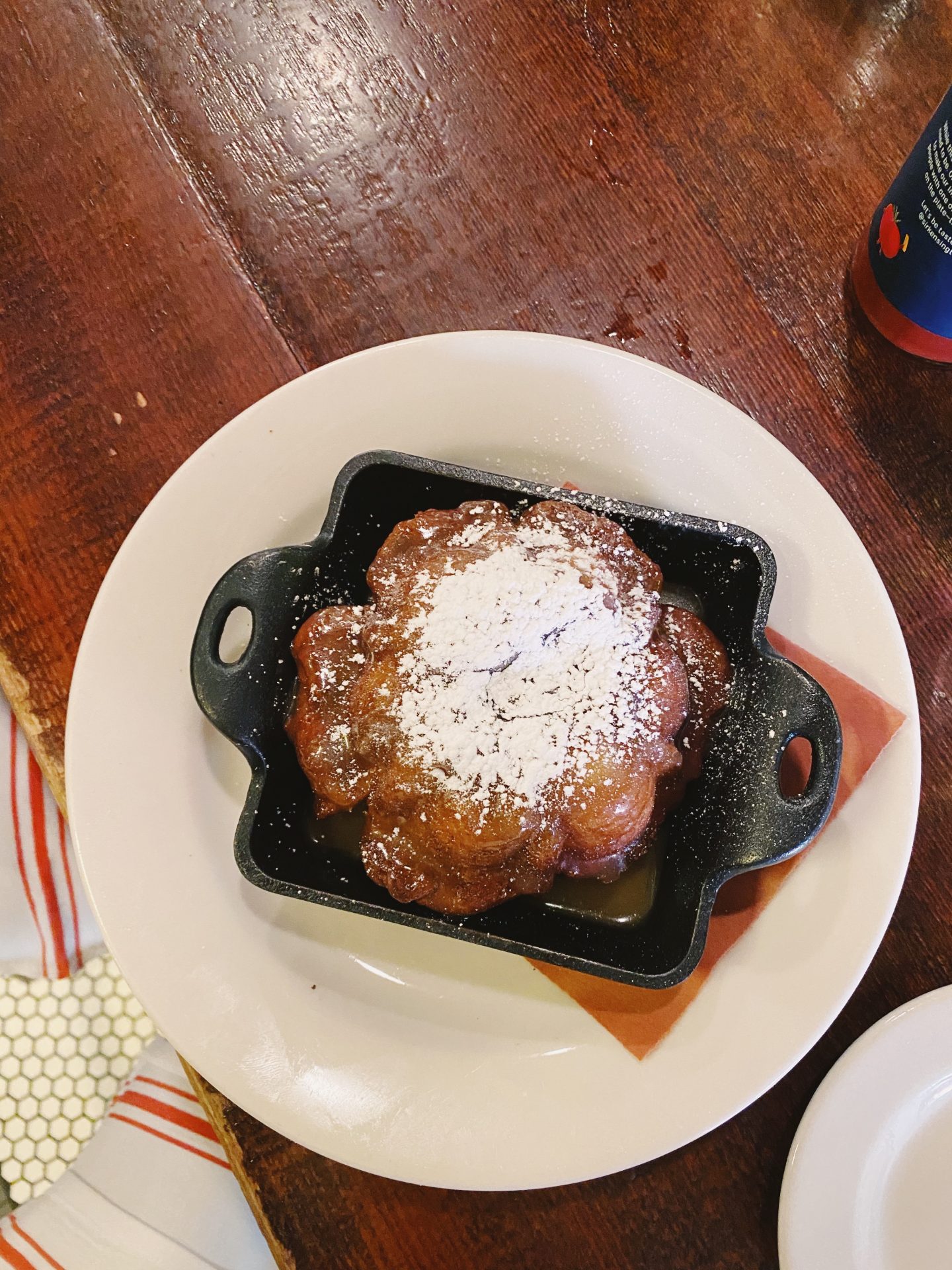 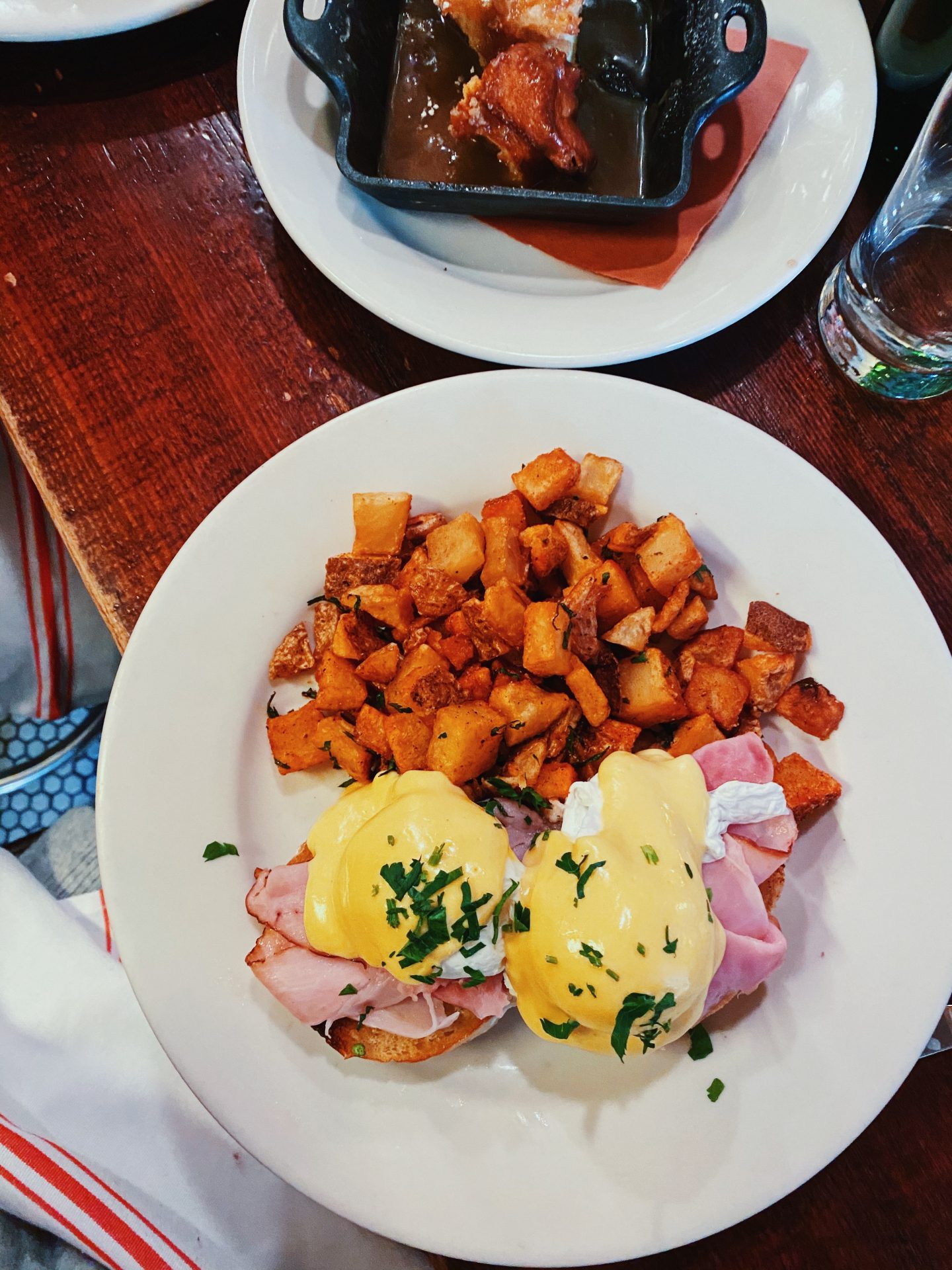 Recipes from the week

Kale Pesto pasta and brothy beans with kimchi & squash, both from Bon Appetit and both SO GOOD and will be on my weeknight rotation now. The kale pesto you can literally put on anything, chicken, veg, eggs, you name it.

Covered myself in powdered sugar with my heart shaped beignets. The strawberry powdered sugar is a game changer and made super simply by blitzing freeze dried strawbs and powdered sugar together in a blender or food processor.

Whipped up these chocolate orange old fashioned’s for a nostalgic ode to mine and Thomas’ favorite cocktail. 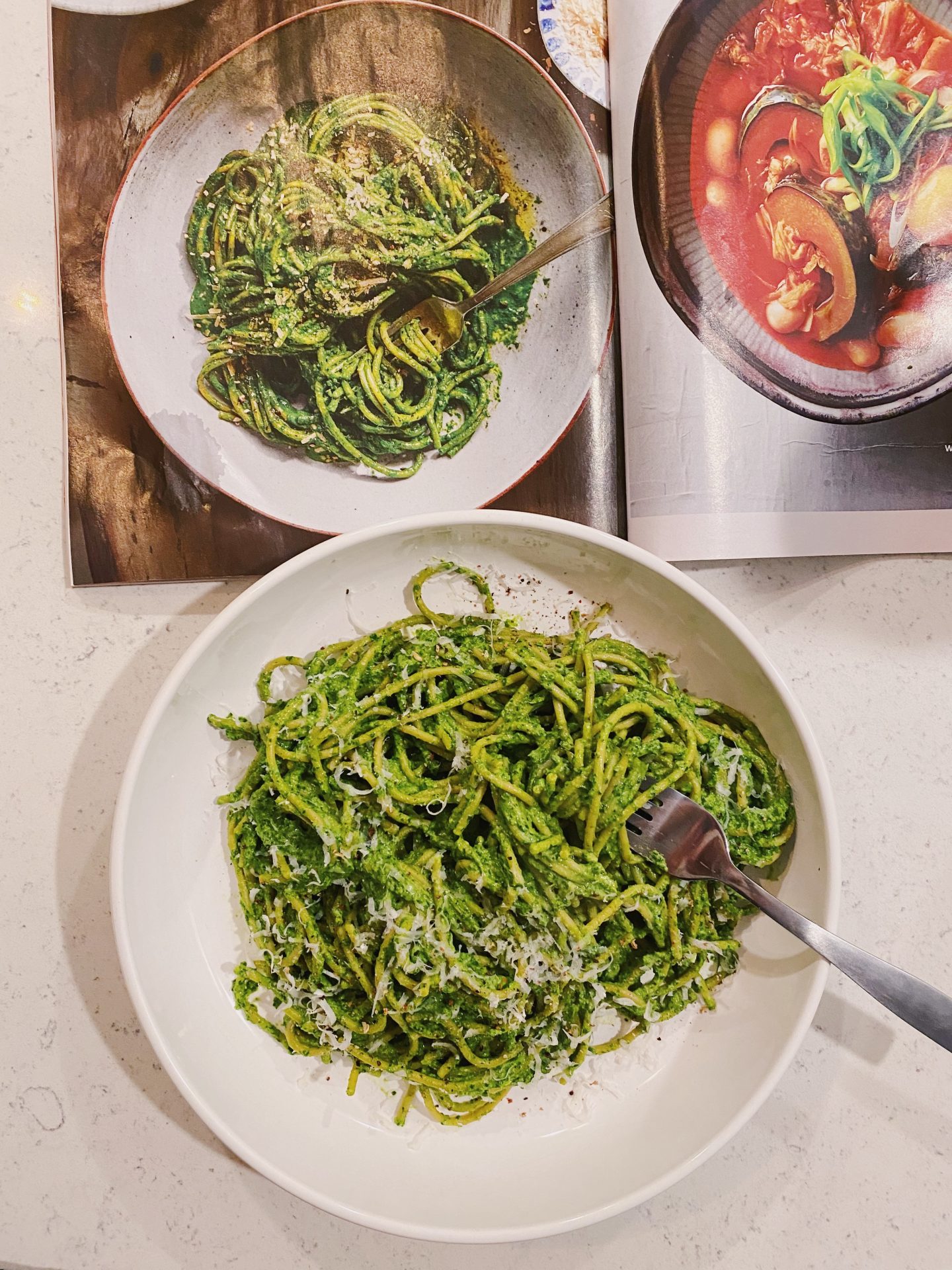 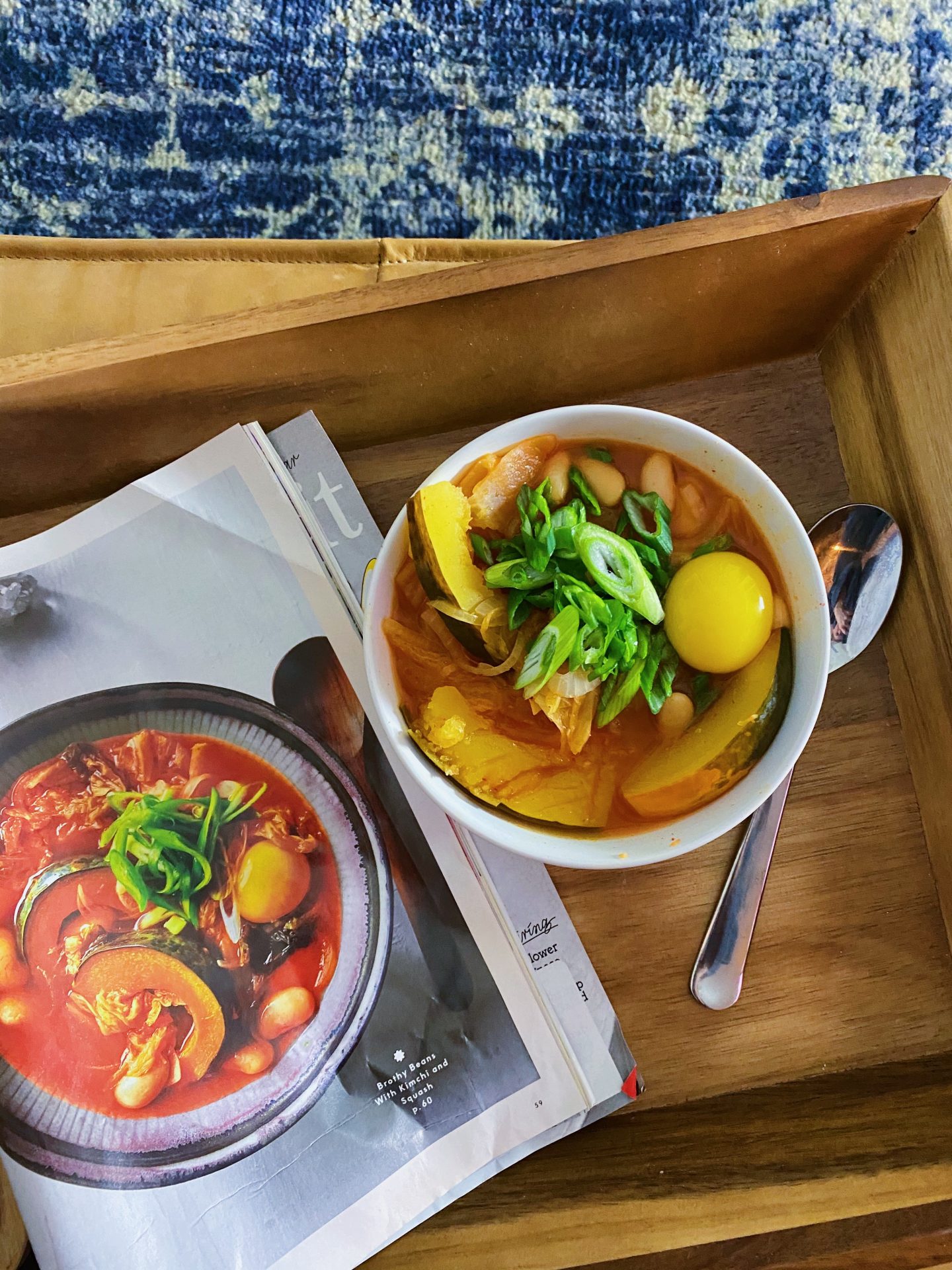 I must say, the positive side of Atlanta traffic is all the podcasts I listen to.

Currently obsessed with:
–  The Second Life which spotlights successful women who have made career changes.
– Skinny Confidential Him & Her show – Always, love every single episode. Love they’ve been having more doctors on lately like Dr. Lancer who is the celebrity dermatologist which is fun to hear tips and tricks.

I just watched Hustlers – COULD JLO GET ANY HOTTER?! I swear she doesn’t age. Entertaining movie for sure about a crew of strippers stealing money from rich Wall Street guys. How could that not be entertaining?!

I watched call me by your name on the plane and thought it was a sweet story of coming of age, love & family bonds. Plus it made me want to vacation in rural northern Italy stat.

Shows – on Scandal right now, but I heard I need to watch The Stranger on Netflix!

I finished little fires everywhere about a month ago and just started Lilac Girls. Little fires everyone didn’t end as dramatically as I wanted it to. Have you read it? I think I amped myself up t0o much that it was going to have a major plot twist. I’m going to start following with Bev’s imaginary book club though lol. She’s hilarious and every book she reads seems like one I’ll love.

I had no idea Ray-Ban customized your glasses with your name on the side as well as the case! Thomas surprised me with a pair and I’ll never want glasses any other way now.

All of these Mardi Gras recipes! Definitely going to have to whip up some hurricanes and jambalaya before the weeks over!

Love these 21 tips to make everything you cook taste better

Alright Jessie, I see you… such a cozy space in Idaho for a family getaway.

Jaipur, India looks so incredible. In love with all of the colors and ornate details.

Have a great week ahead! xo